The “Rim Fire” in the western United States has expanded greatly after hitting Yosemite National Park, spreading in a massive blaze of over 125,000 acres.

InciWeb has some amazing maps of the fire, including a detailed look at the current perimeter of it: 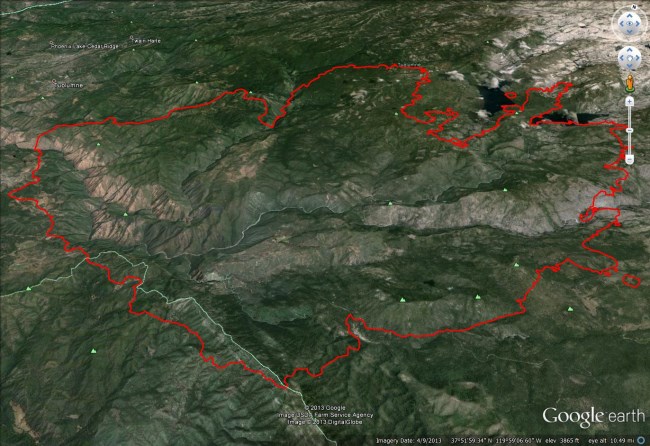 While the size of the fire is clearly the biggest concern, the quantity of smoke generated by the fire is staggering.  To illustrate that, the NASA Earth Observatory has released an image that was taken on August 22 which clearly shows the scale of the smoke.  You can view that image in Google Earth by using this KML file. 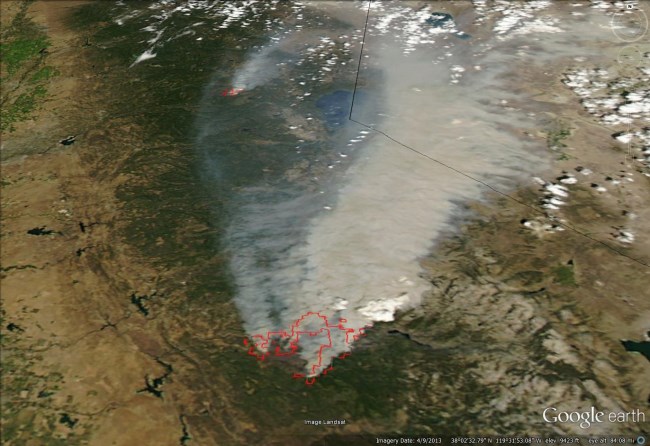 For the latest geo-related info on the fire, the InciWeb page seems to be your best bet.  If you know of other great resources, please leave a comment and let us know.