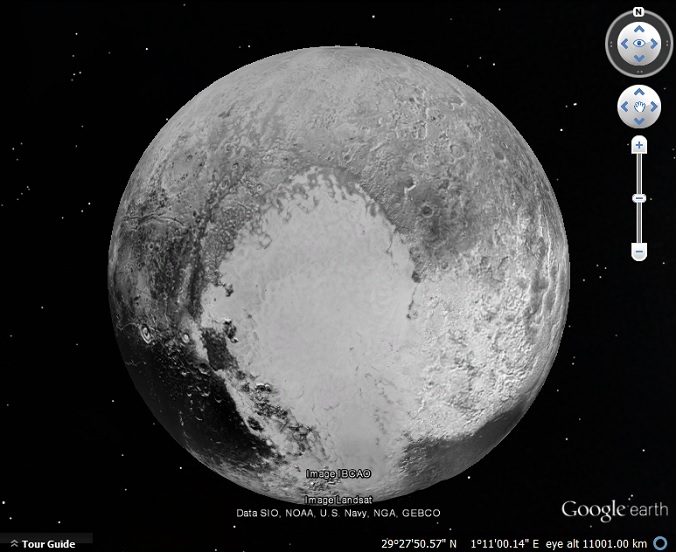 Although the spacecraft is still a long way from Pluto, it is already capturing imagery that is of higher resolution than anything before seen. NASA has recently released the latest map of Pluto created from New Horizons imagery. In addition, NASA has made it available as a KMZ so you can view it in Google Earth. For best results, turn off all layers. The current map only shows the near side of Pluto, which is all that can be seen by the spacecraft, but NASA hopes to map the far side as well once the spacecraft passes Pluto. They say they will be updating the map as new data is obtained, so save it in your ‘My Places’ and keep checking back. 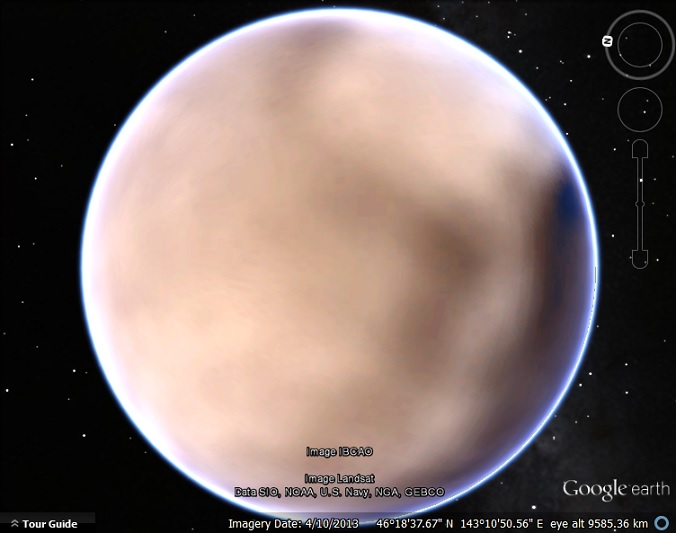 We have in the past shown you how to see Google Earth as other planets such as Mercury and even as the Sun.

Last month we had a look at the planet Mercury using Google Earth, and last year we did the same for various other planets using maps from the SETI Institute. The latter maps are sadly no longer available on the Google Maps Gallery. If any of our readers knows whether those maps are still available somewhere please let us know. We have also shown you a number of similar effects by James Stafford published on his barnabu blog.

Today, we thought we would try the same thing with the Sun. 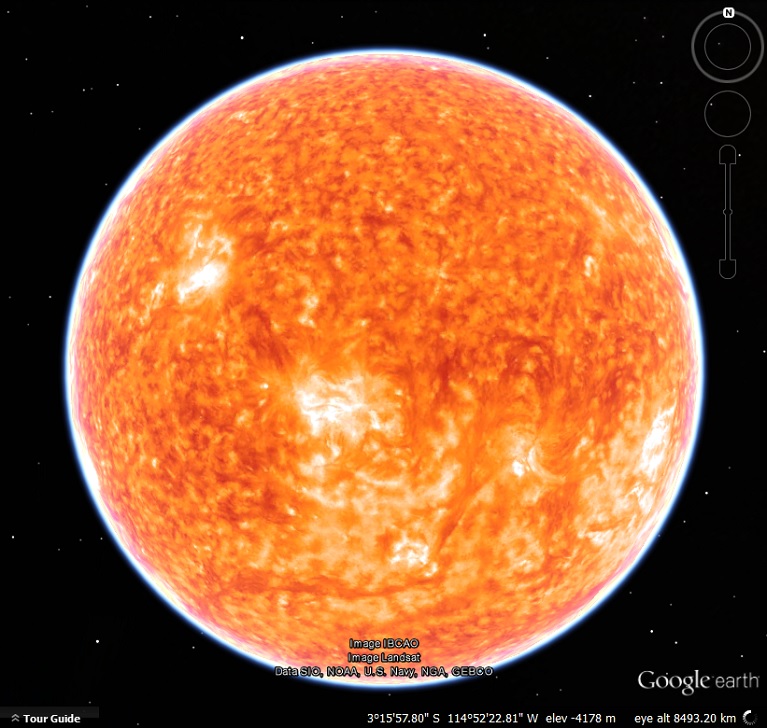 To view it for yourself in Google Earth, download this KML file

. It is best viewed with all layers turned off.

The image used comes from NASA and is a combination of three photos captured on October 14th, 2012. If you look at the poles, the joins are quite obvious. The images were captured by NASA’s two STEREO spacecraft and NASA’s Solar Dynamics Observatory (SDO). To learn more about them and see how they are able to photograph all sides of the sun at once see this article on the NASA’s website.

Keep in mind that the sun’s surface is always changing and any ‘map’ of it is from a point in time. The same applies to the gas giants Jupiter, Saturn, Uranus and Neptune.

Google Earth has the built in option to switch to the Moon or Mars. We have looked at various ways to look at other planets in the past. Many of the best came from James Stafford’s Barnabu blog. Last year we also showed you how to turn Google Earth into various planets using maps provided by the SETI Institute on the Google Maps Gallery. Sadly, they appear to be no-longer available.

NASA’s MESSENGER mission to the planet Mercury recently came to an end with the spacecraft running out of fuel and crashing into the planet on April 30th, 2015.

NASA provides a KMZ that you can download here

. It essentially turns Google Earth into Google Mercury. So download it, and try it out. For best results, turn off all the Google Earth layers. 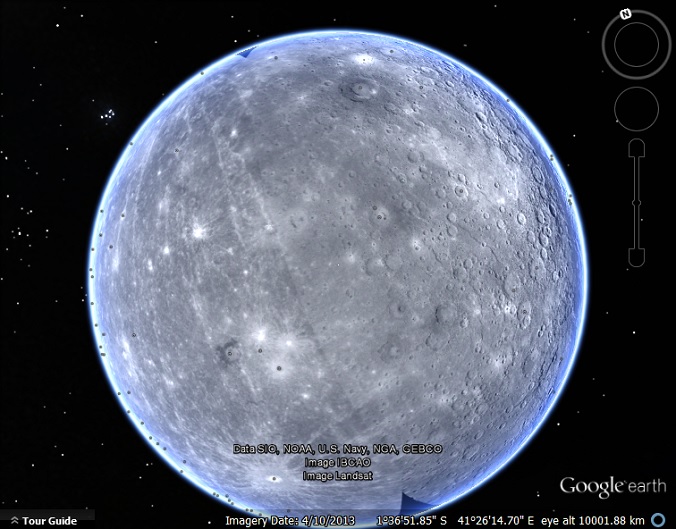 Also included in the KMZ are four Google Earth tours by members of the MESSENGER team. Be sure to check them out. There are also a large number of place markers, which, when you click on them, show a specific photo of the surface of Mercury and some detailed information and comments about the photo and what we can learn from it. 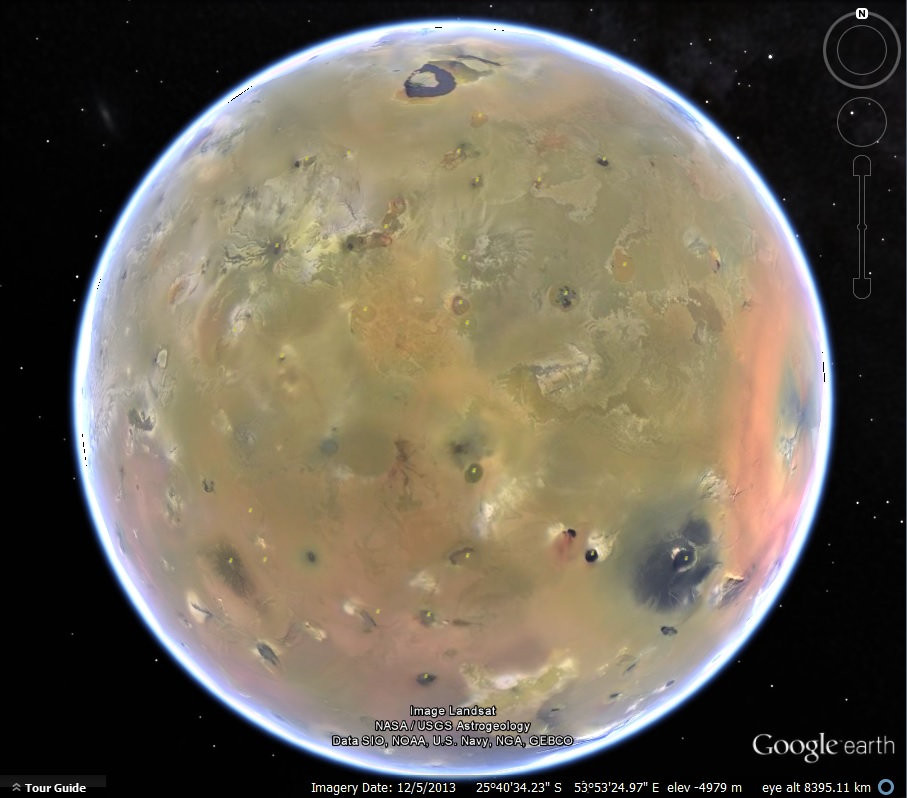 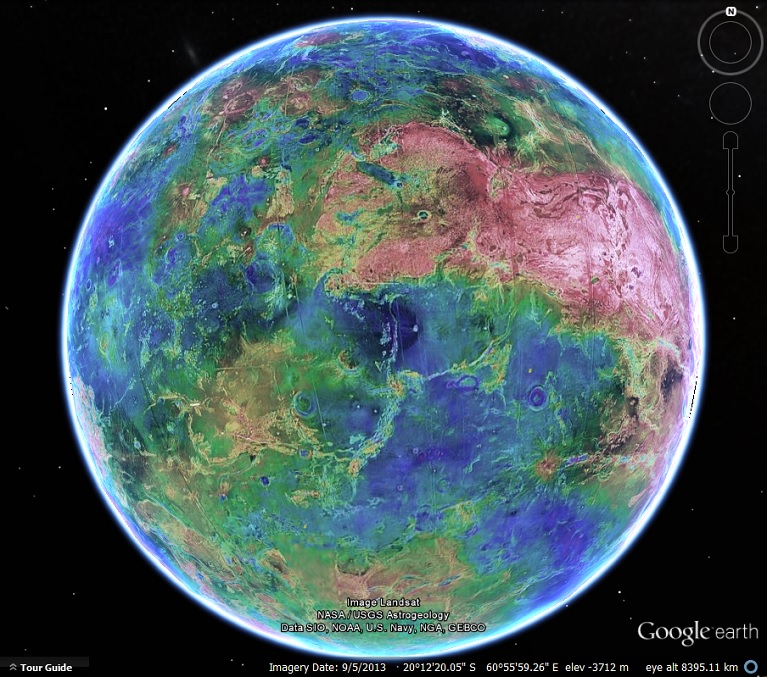