A record breaking launch by India, on February 15th, 2017, put 104 satellites into orbit, including some 88 ‘Dove’ satellites owned by satellite imaging company Planet. The previous record for ‘most satellites launched in one go’ was 39 satellites and was held by Russia. Read more about the launch here. 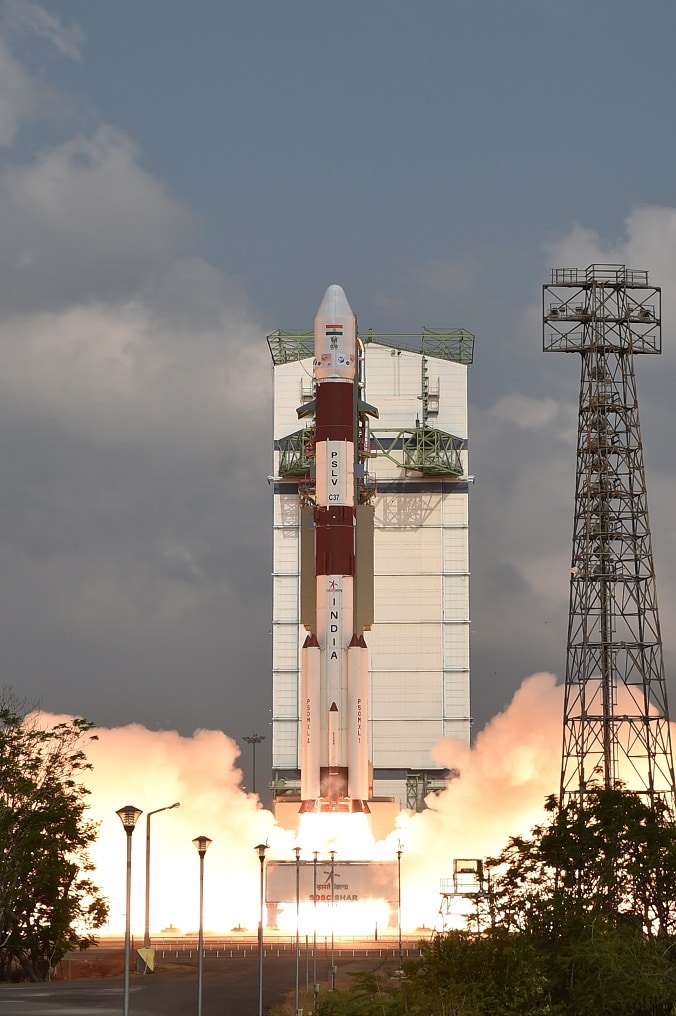 Planet already had a large number of Doves in orbit, but this launch more than doubled their fleet. Planet has now achieved its goal of being able to image all of earth’s landmass every day. The Doves have a resolution of 3-5m per pixel. Planet also owns the five Rapid Eye satellites, which have a resolution of around 5m per pixel. In addition, Planet is in the process of acquiring Terra Bella from Google, which comes with 7 sub-metre resolution satellites, and plans to launch many more.

Exactly how many Doves Planet has is a little unclear. Their previous blog post on the Terra Bella purchase, stated that they had a fleet of 60 medium resolution satellites. The blog post for this launch of 88 satellites states the new total is 144. Then later on in the same post, they say the entire fleet totals 149 satellites. We assume this is including the 5 Rapid Eye satellites, but not Terra Bella’s. So maybe 4 satellites were deorbited recently?

The announcement says that the deal includes a multi-year contract between Planet and Google whereby Google will purchase Earth-imaging data from Planet. What we don’t know is what Google plans to do with the imagery. Do any of our readers know? We have not seen much in the way of Terra Bella imagery in Google Earth. We have seen some imagery from them in cases of disaster response. We assume Terra Bella has a number of corporate customers, but presumably those will stay with Terra Bella – becoming Planet customers.

Google Earth would actually benefit from Terra Bella imagery in areas where it doesn’t yet have high resolution imagery – which is actually quite a lot of places, typically hard to photograph areas such as the far north or tropical rain forests with near permanent cloud cover. Another opportunity would be more global mosaics, but this time using higher resolution Planet imagery rather than the relatively low resolution Landsat / Sentinel-2 imagery.

Satellite imaging company Planet has a programme for gathering satellite imagery for natural disaster response. Read more about it on the Planet blog. Although direct and timely access to the imagery for first responders requires emailing Planet and getting special access, there is actually quite a lot of imagery publicly available on the ‘disaster data’ page. It includes a list of recent disasters and some associated imagery and in many cases the option to download sets of imagery for the affected areas.

DigitalGlobe has a similar programme called ‘FirstLook’ whose imagery often makes it into Google Earth and much of the imagery we look at on this blog comes from that programme.