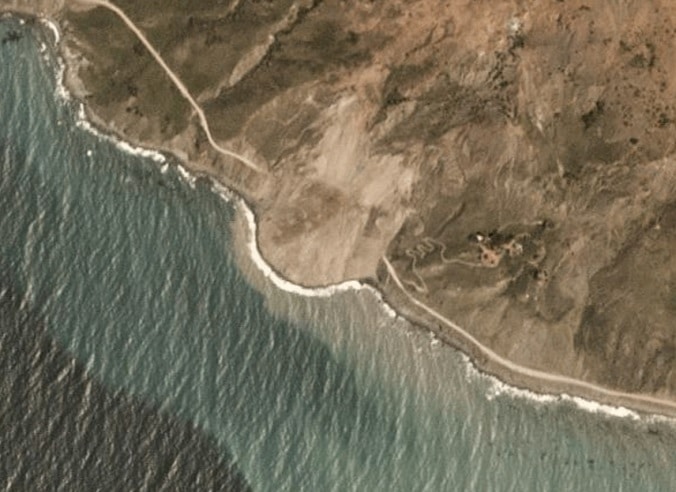 Satellite imaging company Planet has recently released a new version of Planet Explorer, a tool for exploring its vast collection of satellite imagery. Read more about it on the Planet blog. Planet has added a time toolbar very similar to Google Earth’s ‘historical imagery’ feature.

With a record launch of 88 satellites in February this year, and the acquisition of Terra Bella, Planet now operates 149 satellites — the largest fleet in human history.

To view the imagery simply go to Planet Explorer Beta. You can see monthly global base maps without even logging in. If you sign up for a free account, you can then see high resolution base maps and daily imagery within the US. For the rest of the globe the free account only provides access to low resolution monthly base maps. In addition, the free account gives you access to the Open California dataset, which allows you to download imagery for California two weeks after capture. The Open California data is shared with a fairly liberal licence.

Keep in mind that most of the imagery is relatively low resolution at 2-5m per pixel. Terra Bella imagery is sub-metre per pixel, but still not as good as other commercial suppliers such as DigitalGlobe and nothing like as good as aerial imagery. Nevertheless, the imagery is sufficient for seeing large scale phenomenon such as flooding (as seen in the YouTube video above), wildfire, tornadoes (see below), landslides etc. 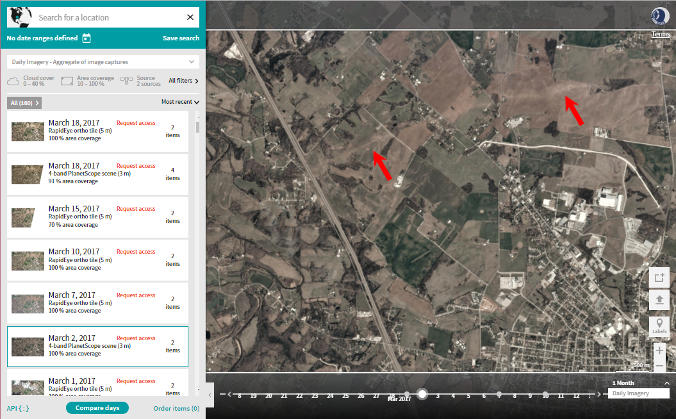 The scar from an EF4 tornado that struck Perryville, Missouri on February 28th,
2016. See in Planet Explorer.

Last year we made a rough estimate of the size of the Google Earth database. Our best guess was about 3 petabytes.

Satellite imaging company Planet has just released some information about the size of their imagery database. It currently stands at 7+ Petabytes with 7+ Terabytes being added daily. And this is before the data starts flowing from the 88 new satellites it recently launched. Read more on the Planet Blog.

There are two other major satellite imagery suppliers, DigitalGlobe and CNES/Astrium. We expect that their archives are still larger than Planet’s as they have been operating for much longer. However, Planet now owns the largest fleet of satellites in the world and will presumably eventually have the largest imagery database. A number of countries have their own imaging satellites both for military intelligence and government planning. There are also various weather satellites that typically capture very low resolution imagery, but on a regular basis (every few minutes in some cases).

According to Google the Landsat archive consists of around 1.3 petabytes of data and the Copernicus imagery is around half a petabyte.

Google also gathers aerial imagery, some of which is processed into 3D imagery. This is higher resolution than satellite imagery, but gathered much less frequently. Many countries also have aerial imagery programmes such as the National Agriculture Imagery Program in the US, and there are also private companies that gather aerial imagery for commercial use. It is probable that many countries have archives of aerial photography that have never been digitized.

Due to the lack of information about all the different imagery out there it is impossible to accurately estimate its total size, but our guess is it exceeds 100 Petabytes.

Do any of our readers know the sizes of any particular imagery collections?

Animation of the seasons created by NASA using Lansat imagery.