A magnetic compass, including the compasses on most smart phones, does not point to the North Pole, or even to the North Magnetic Pole. Instead, it points away from True North by an angle known as the Magnetic Declination, which varies considerably, depending on where you are on the earths surface. It also varies slowly over time, as you can see in the animation on the Wikipedia page. On paper maps, this may be further complicated by a third direction known as Grid North, which refers to the direction northwards along the grid lines of the map.

We mentioned in this post a time animation for Google Earth, visualizing the Earth’s magnetic fields changing over time. You can check it out, but we had difficulty getting it to work well as an animation in the current version of Google Earth, although viewing an individual year is not a problem. 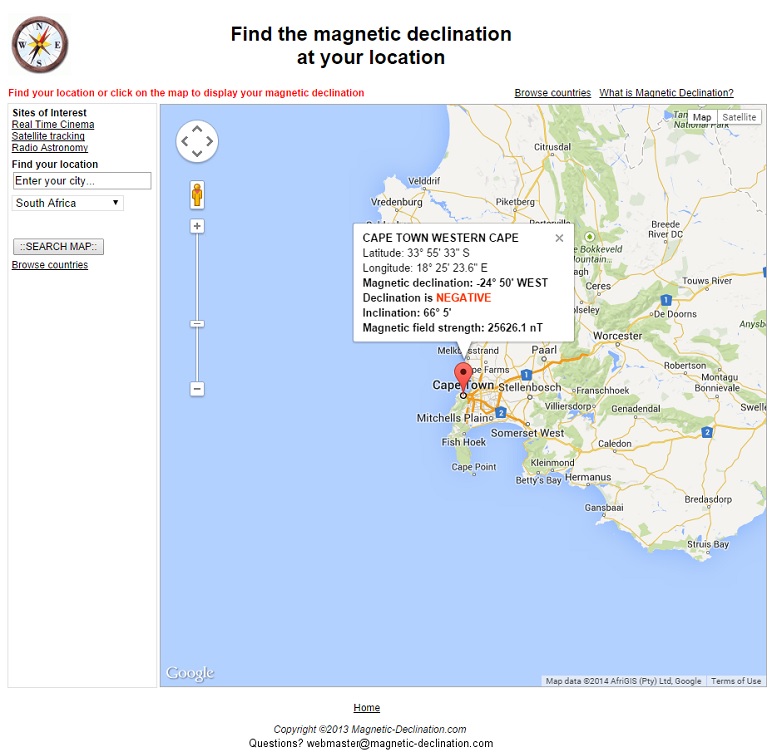 From what we can tell, the mobile versions of both Google Maps and Google Earth automatically correct for magnetic declination and always show True North, although we couldn’t find any documentation to that effect.

For those of you shivering in the United States, you may have read that a “polar vortex” is to blame for the shockingly low temperatures.  For a new look at that phenomenon, the folks at NOAA have released some amazing imagery of it. 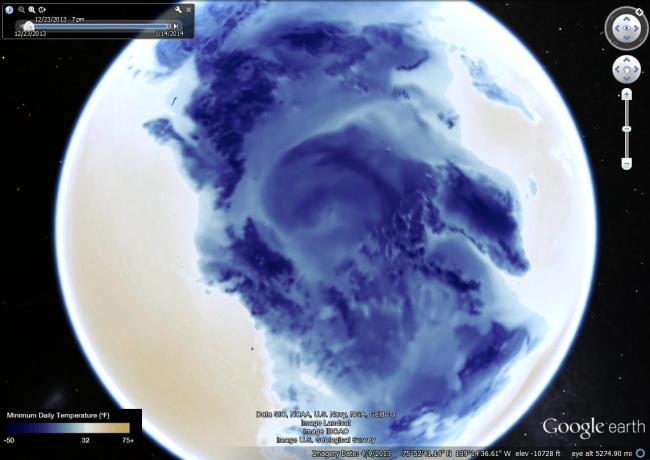 Josh Williams, who we’ve shown you before with the excellent GEteach.com site, has put the images into KMZ format so you can view them in Google Earth.  You can download his KMZ file here,

or read a bit more on the NOAA Science on a Sphere Facebook page.

While Tropical Storm Karen is continuing to weaken as it approaches land, it is never wise to ignore a storm of this size if you’re in the path. If you’d like to keep an eye on Karen using Google Earht, you have a few options.

While much of NOAA is shut down due to the U.S. Governmental shutdown, they’re keeping Karen-related information up and running.  In fact, the KML that they provide (which you can download here

) is an excellent tool for learning about Karen in Google Earth. 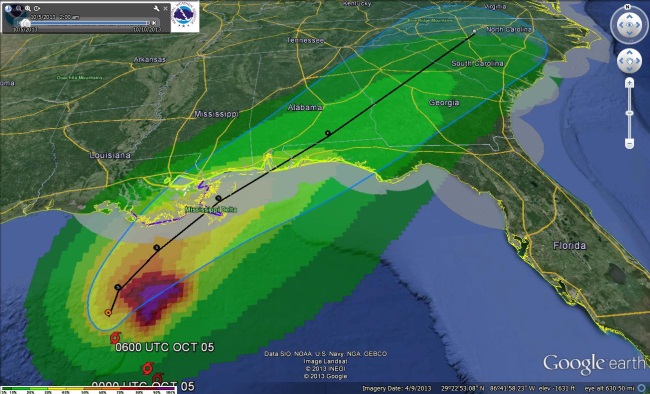 There are also some useful tools built directly into Google Earth.  Under the “Layers” on the left side of your screen is an option for [Weather], which contains layers for clouds and radar imagery, among others.

You can also turn on the main [Places] layer on the left, which will reveal an icon in the Gulf of Mexico that can be clicked on to show more information about Tropical Storm Karen.  Enabling a few of these layers will result in something like this: 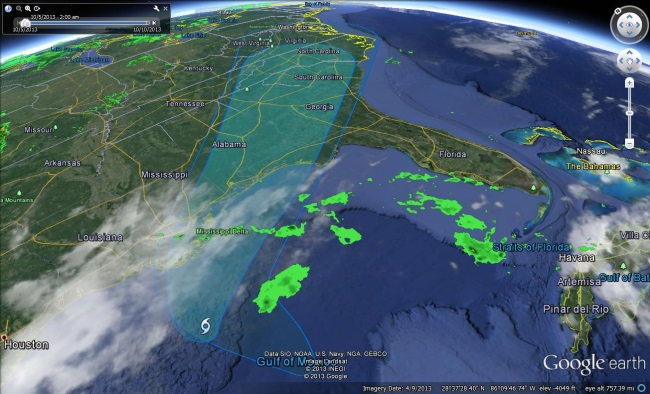 If you come across any other useful tools for tracking this storm, please leave a comment below and let us know about them. 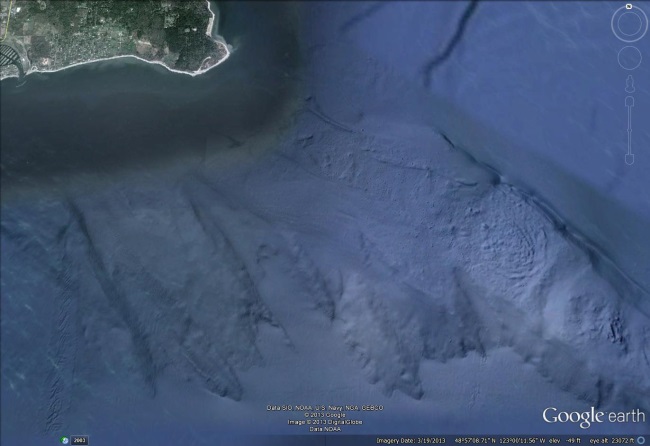