Another Google mapping related product is the mobile app My Tracks. According to its support page it will not be available after April 30, 2016. We at first thought that My Tracks might have been dependant on Google Maps Engine, but have not been able to find any evidence of this.

Google Maps Engine does have a lot of user created maps. One of the first things Google did after announcing its deprecation a year ago was to remove those maps from the Google Maps Gallery, which had a noticeable effect on the quantity of interesting maps available. However, new maps based on the newer My Maps are being created all the time so be sure to check out the gallery if you have not done so recently.

Another effect of the deprecation of Google Maps Engine is that Google stopped releasing imagery update maps via that platform. The last such map to be released was the May 2015 update. Since then, they have used the Voyager layers to provide imagery update maps, but much less frequently with only two so far being released. 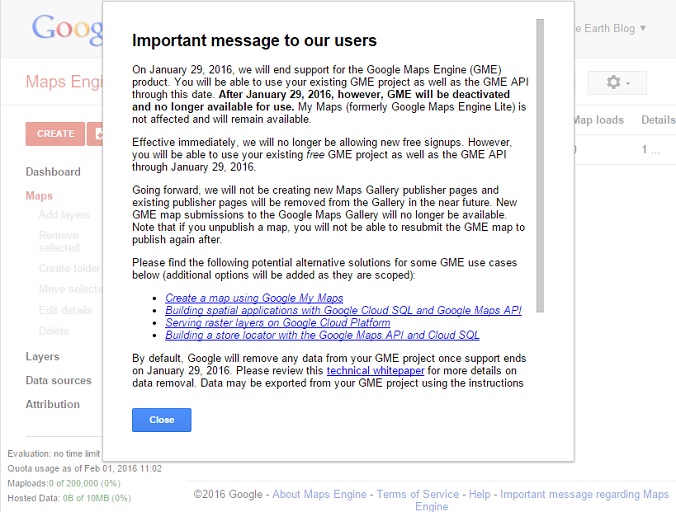