The imagery from Google’s November 8th update is now available in historical imagery. A significant proportion of the imagery was not put into the default imagery, so was not accessible until now.

The location we will look at today is Pāhoa, Hawaii. The default imagery contains a mixture of images, with the most recent addition at first appearing to be cut out in rather odd shapes. But now we have the full original photo in historical imagery we can see that the reason for this is the large amount of cloud cover in the photo.

The reason the image was added at all is because of an ongoing lava flow from the nearby volcano Kilauea and Google have tried to strike a balance between the importance of up to date imagery with cloud cover, and older imagery of better quality. For more on the story, including pictures and video, see here. For more ground level pictures see here. To fly to the location in Google Earth, use this KML file. 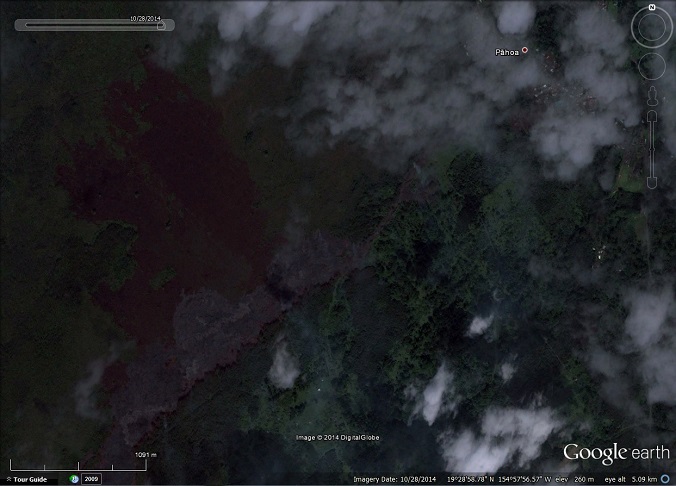 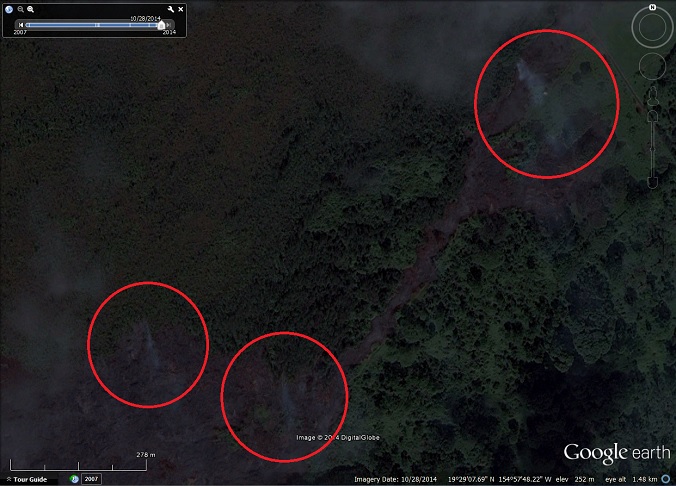 If you look closer you can see wisps of smoke rising from the edges of the flow where it is burning the surrounding vegetation.