Yesterday we had a look at some DigitalGlobe imagery of Chile showing the damage caused by wildfires in late January and early February this year.

We thought it would be interesting to explore the region with Landsat and Sentinel-2 imagery. 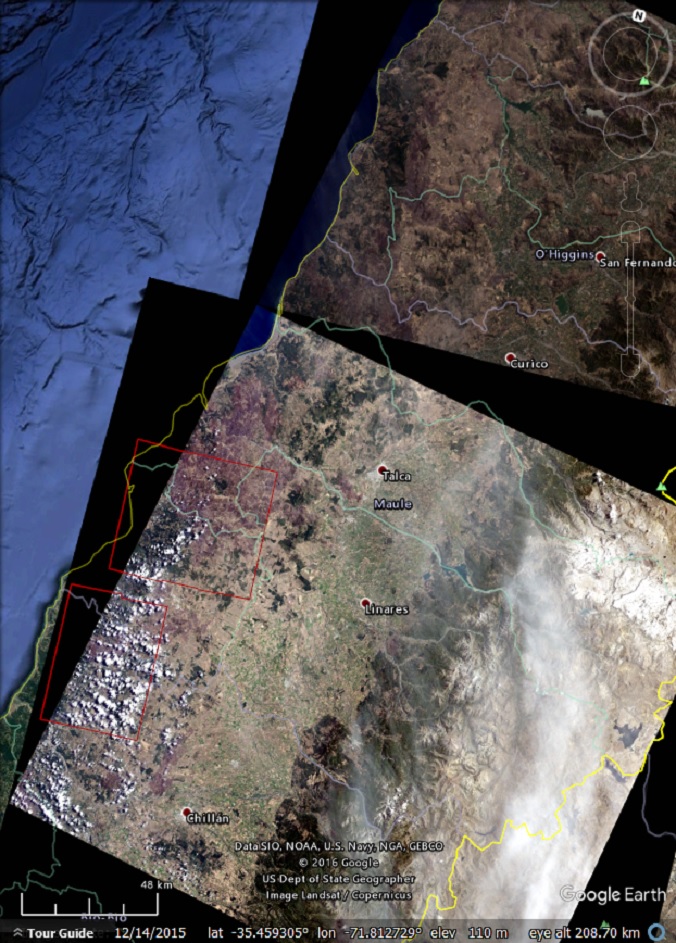 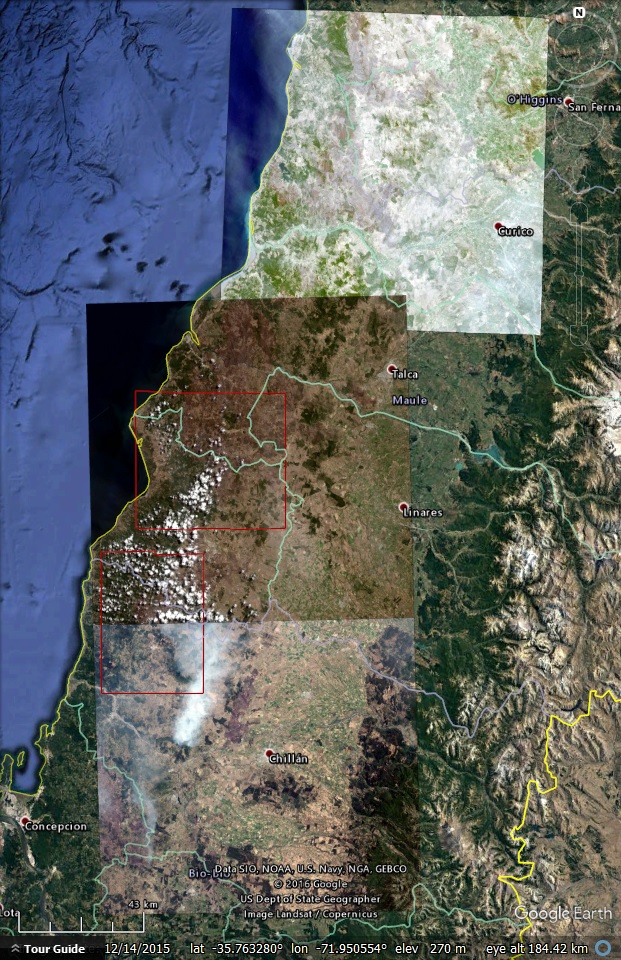 The wildfires extended far beyond the area covered by DigitalGlobe imagery (red outlines in the first two images) and almost certainly there were more fires outside the areas shown above, but we did not have time to gather imagery for the whole country. The southernmost Sentinel-2 image was captured earlier than the others and shows at least two wildfires still in progress. Both Landsat and Sentinel-2 imagery clearly show the areas affected by the wildfires and we have outlined them below. 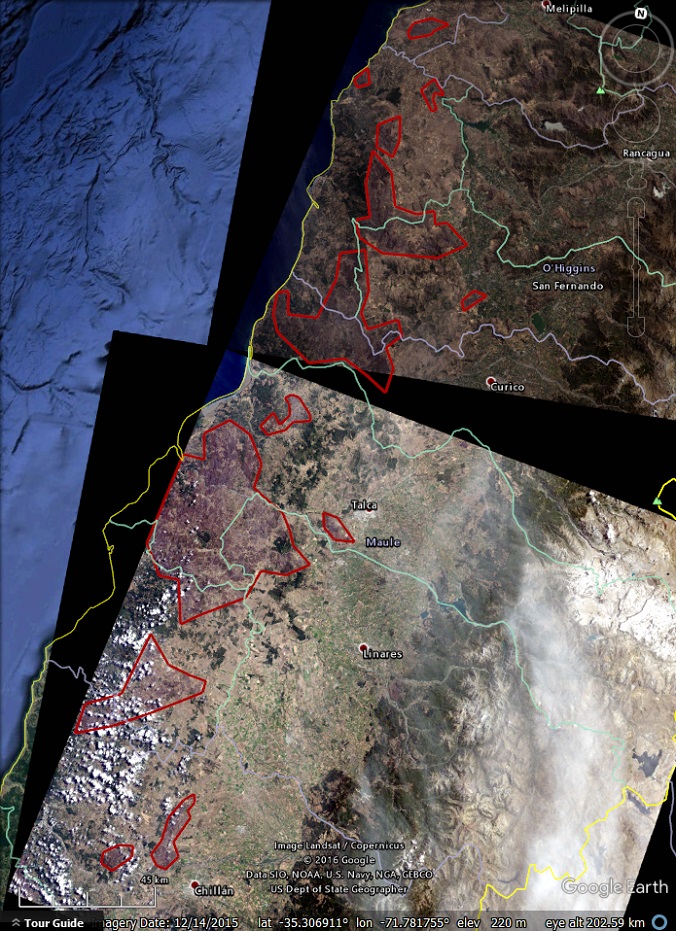 Unfortunately the imagery above is too large for us to share as a KML on this blog.

To obtain the imagery, we started with our KMLs that show previews of Landsat

imagery. Once we have selected a suitable image that covers the region of interest in the right date range and without excessive cloud cover, we download the key files from Amazon AWS. For Landsat imagery you need bands 2, 3, 4 and 8 and for Sentinel-2 just bands 2, 3 and 4. We then used GeoSage’s ‘Spectral Discovery’ tools (Landsat Sentinel-2) to process the imagery. An alternative method is to use GIMP or any other suitable image processing tool. GeoSage’s tools certainly make the process much easier, but one downside is the colour processing is automatic, which resulted in significantly different colours for the three Sentinel images.

Obtaining and processing Landsat and Sentinel-2 imagery has certainly become easier over time, with both AWS and Google Cloud hosting the imagery archives. However, what is sorely needed is for a provider to pre-process the imagery and even better would be to then provide it in tiled format. Doing so would change the two public sources of imagery from a niche product mostly used by GIS professionals to a public resource readily available to all.

Last week Google added global mosaics in historical imagery for each year going back to 1985. The mosaics are created from mostly Landsat imagery with a bit of Sentinel 2 imagery for the last couple of years (the Sentinel 2 satellite is new). The mosaics are created by gathering all the Landsat/Sentinel 2 imagery for a given year and looking for cloud-free and snow-free pixels then combining the images to create a single global mosaic for the year. Although it is fantastic for viewing long term change, the overall result is that we actually miss out on short term changes.

Back in July we wrote a post about watching sand dunes move with Google Earth imagery. Today we are looking at a similar concept, but with Landsat imagery instead. In August we created a KML file that automatically creates animations using Landsat imagery with thumbnails from Amazon Web Services. We used that tool to create the two GIF animations below:

Sand blowing and irrigation circles in Oman. Note especially south west of the centre of the animation there are wisps of sand moving north west. Explore original animation.

What we found interesting is that established dunes hardly move at all over the three years covered by the animations, but loose sand can clearly be seen moving. It looks no different than sand being blown on the beach. Yet the scales involved in the animations are tens of kilometres and a three year period.

You will also notice in the second animation the dunes to the north east appear to pulse sharper, then softer again. This is because the angle of the sun affects the shadows during the course of the year.

Earlier this week Google added to Google Earth global mosaics based on Landsat and Sentinel 2 data from 1985 to 2016. Google Earth Engine provides animations for the data using a web based interface. We promised to release a way to animate the data in Google Earth.

and open it in Google Earth. Then switch to ‘historical imagery’ and find a location of interest then play the ‘Animation’ tour found in the KML. If you wish to move to a different location, close the tour, move to the new location, wait a moment, then open it again. Depending on your internet speed, either let the tour run through a couple of times to load all the imagery, or you can manually go through each year first to make sure it is loaded, then run the tour to see it animated. 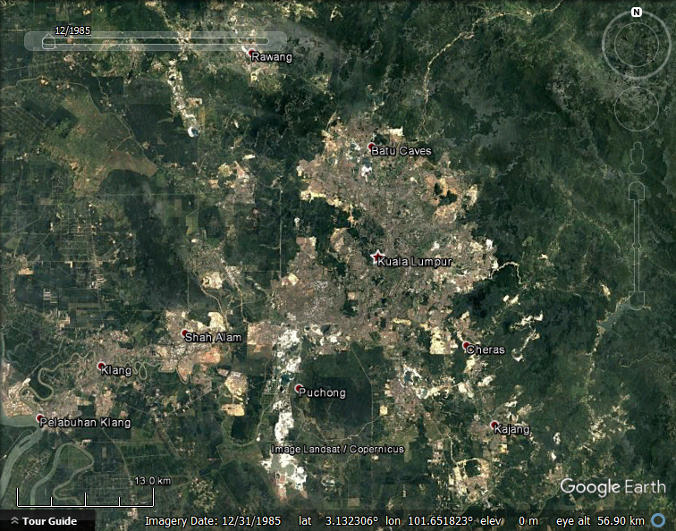 The imagery covers a period of just over 30 years and there is almost no place on the planet that hasn’t changed significantly in that time, so get exploring!

Remember these are long term changes, not month-to-month changes.

We chose a timing of one second per image. We would have liked to go faster, but Google Earth cannot handle faster tours and starts to skip images if you increase the speed. 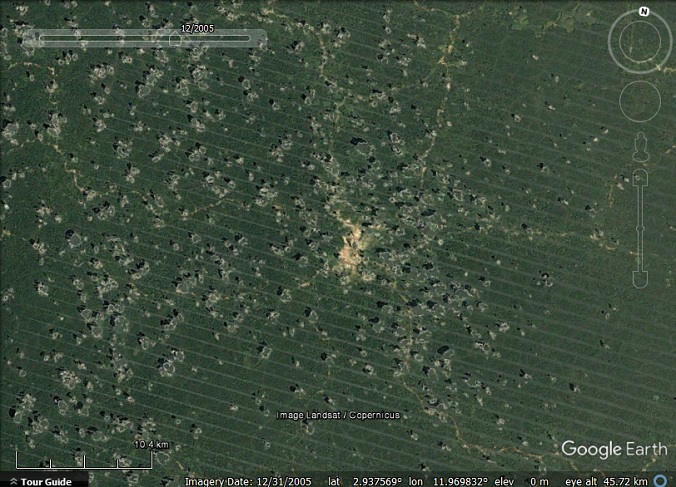 Thank you for GEB reader Jonah for being the first to let us know. Google has added yearly global mosaics using Landsat and Sentinel 2 data going back to 1985. Google has long had these mosaics on Google Earth Engine which also provides a ‘Timelapse’ tool. As of this writing, the Google Earth Engine timelapse only goes up to 2012, but that will likely be updated too.

To see the mosaics, simply zoom out a bit and switch to ‘historical imagery’.

We plan to create tools to animate the new data, but that may take a few days. 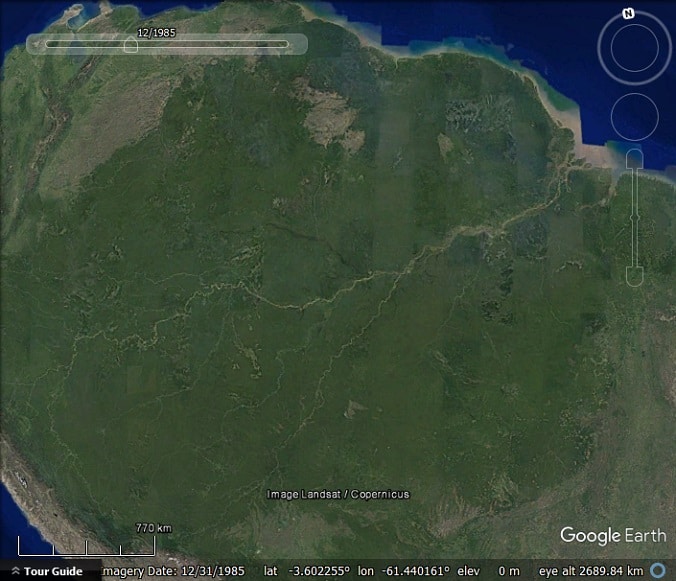 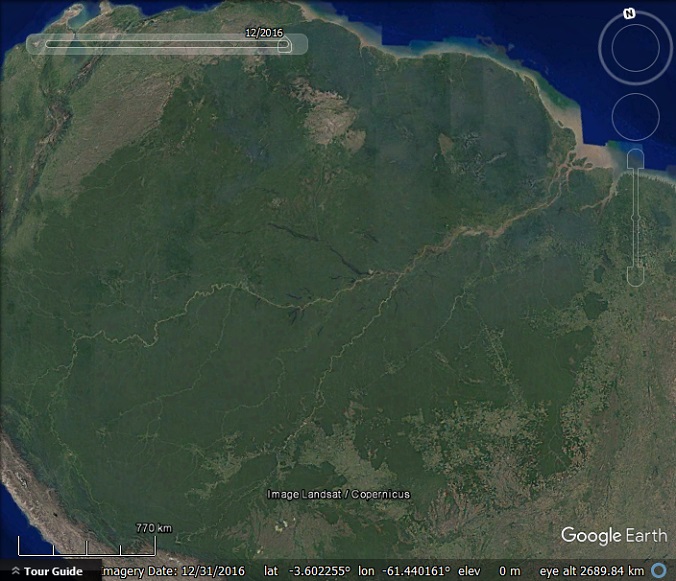 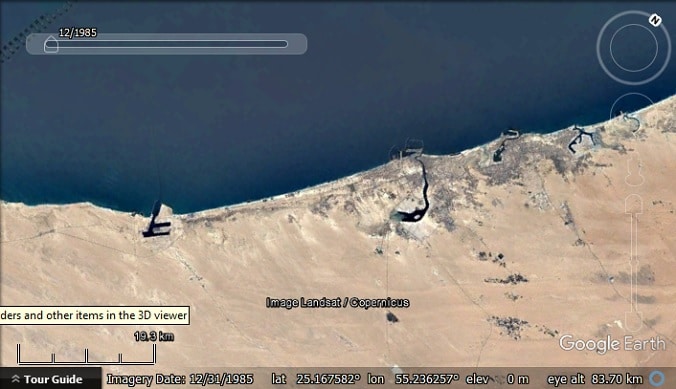 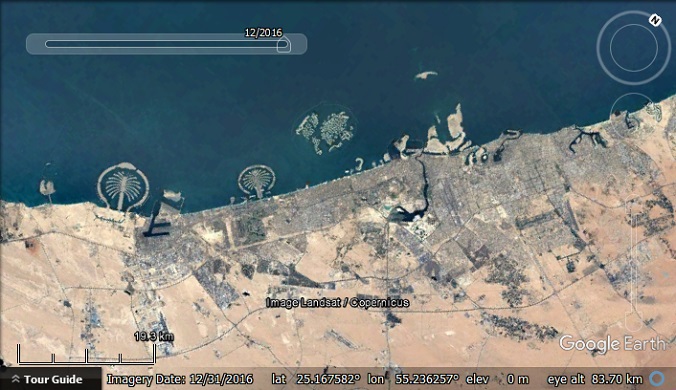 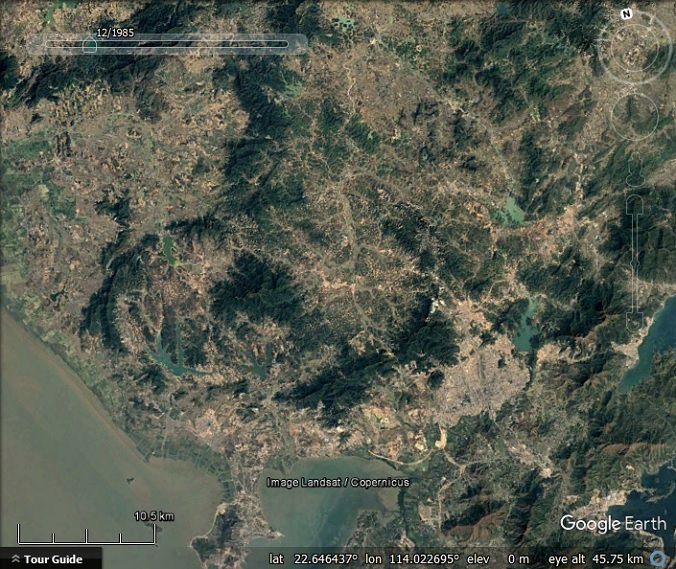 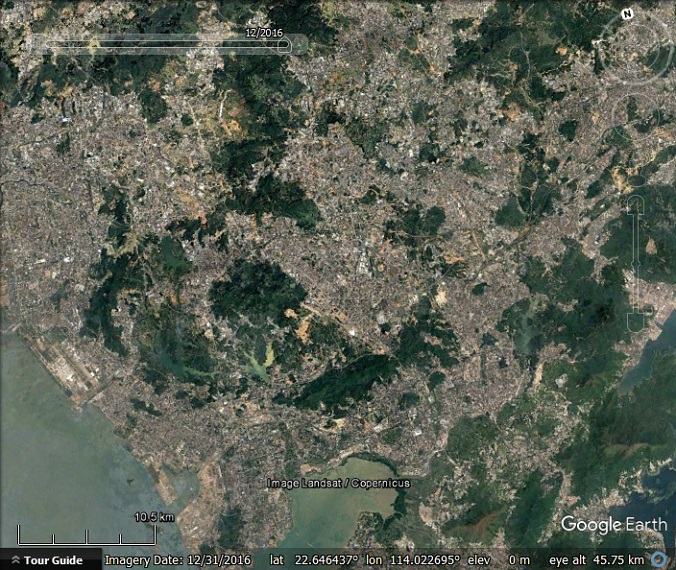 Note that the new data is created by blending all Landsat/Sentinel 2 data for a whole year to remove clouds and snow cover. The result is that changes that happen on timescales less than a year, such as seasonal changes, will not be visible.

Google has not (as of this writing) updated the historical imagery layer with all the high resolution imagery that has been added since June 2016.