Over the years we’ve seen some great work from Steven Ho, including items such as Taiwan from Above, a panorama from the top of Mount Everest, a tribute to Steve Jobs and many other items.

Steven recently visited the Qihou lighthouse and wanted to build a new model of it, but was faced with a dilemma. You’re unable to upload new models onto Google Earth, since they’re instead simply using the 3D Imagery to show new models. The option would be to disable all 3D buildings to allow him to show only his building, but having surrounding 3D is quite useful. Steven’s solution was to create his new building using additional 3D terrain to show the lighthouse (and make it more accurate), effectively hiding the old model and allowing him to leave the other models turned out. The result works very well! 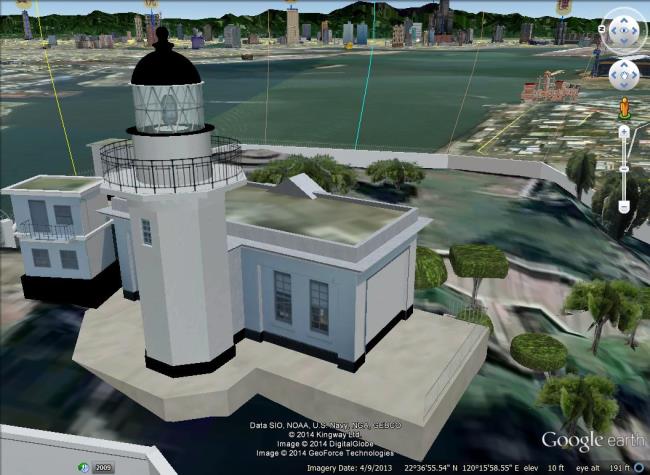 He also created a tour of nearby Kaohsiung using a massive image that he shot from on the lighthouse itself. You can grab this KMZ file to view the lighthouse

, this KMZ file to view the city

or head over to this blog entry to read more about the entire project.