In the past, Google would publish a network linked KML file that showed the outlines of imagery releases, including all historical releases going back to 2009. However, early this year they discontinued it and instead have been publishing a map on the Maps Gallery that only shows the latest release. Also, other than taking a screenshot of the maps, there was no way to save them for later viewing.

Now Google have released a map on the Maps Gallery that once again shows us historical releases. Note that it does not currently include the two latest updates from November 3rd, 2014 and November 8th, 2014. It must also be noted that the dates given are not the dates that the imagery was captured, but rather the dates that the imagery was added to the Google Earth database. In many cases the imagery being added is older than previously existing imagery and gets added to historical imagery rather than the default layer.

There is still no way to extract the KML, which makes further analysis difficult. It would have been fun to do heat maps showing which areas received multiple updates.

We can see a number of interesting patterns. There is poor coverage over tropical forests, deserts, and northern regions. Tropical forests tend to have cloud cover most of the time, making it difficult to capture imagery with clear skies. Similarly, the northern regions often have snow cover, making it difficult to capture good imagery. It is possible that capturing imagery over deserts is also difficult, or it may simply be that their low populations make them less interesting to imagery providers. Iraq and Afghanistan have received very few updates, presumably for security reasons.

[Update: As pointed out by GEB readers Maarten, Chris and an anonymous email, the ‘Latest Google Earth Imagery Updates’ map has been updated to November 19th 2014.]

It turns out that a few days ago while we were telling you about the new 3D imagery in London, Google had also pushed out quite a lot of fresh satellite imagery. Thanks to ‘munden’, ‘dario’ and ‘Wguayana’ for letting us know about it. 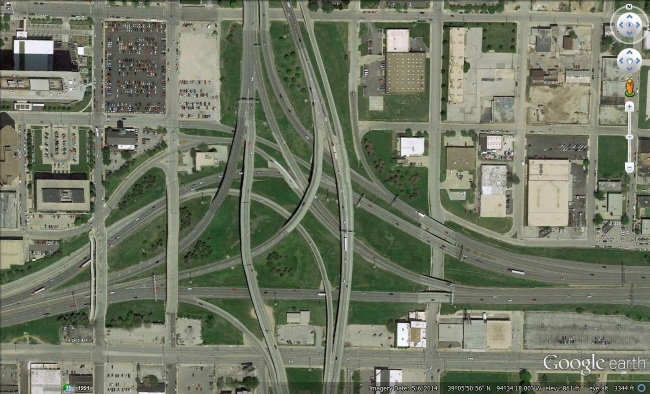 Some of the updated areas include:

If you find any other updated areas, be sure to leave a comment and let us know. 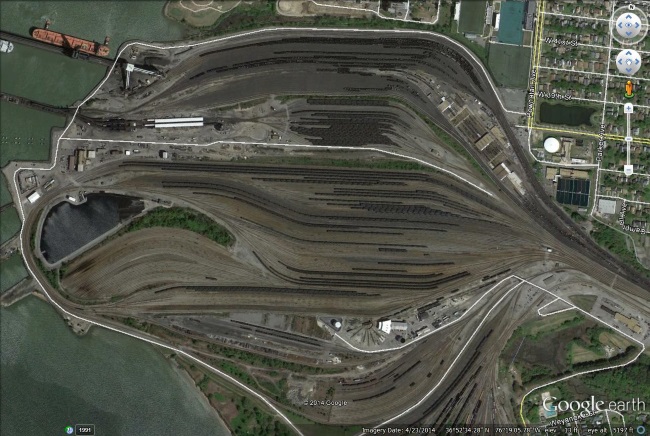 It appears that Google has just pushed out a fresh batch of imagery. Thanks to sharp-eyed GEB reader ‘Munden’ for being the first to let us know about it.

It seems to be quite a huge update, based on the areas we’ve found so far!

Last week DigitalGlobe, one of the primary suppliers of imagery for Google Earth, was given permission to sell higher resolution imagery. Previously they’ve been limited to selling 50 centimeter imagery, but that limitation has been dropped. They’ll now be able to sell their 41 centimeter imagery, and that will drop to 25 centimeter later this year.

If going from 50 cm resolution to 40 cm resolution sounds like a small change at first, remember that we’re talking about square pixels. When square A is only ¼ longer on a side than square B, it contains more than 150% as much area. Therefore, a slightly smaller linear size means a lot more clarity.

No word on when exactly we’ll begin to see this new imagery, but it sounds like we’ll see some of it within the next few months.