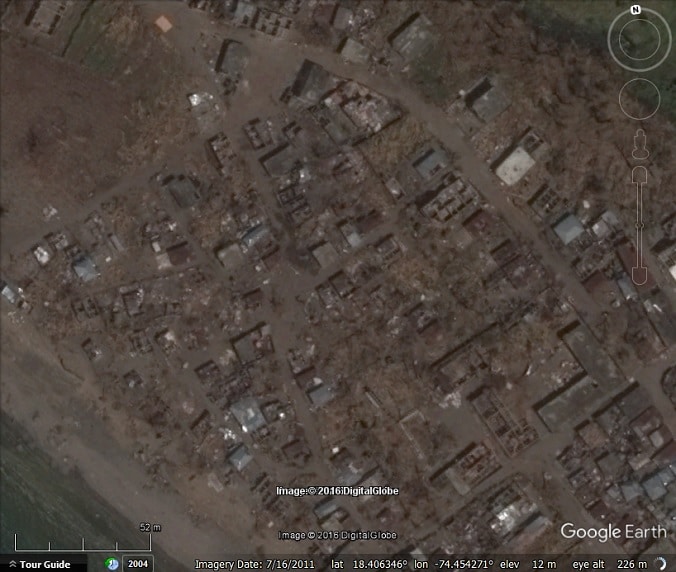 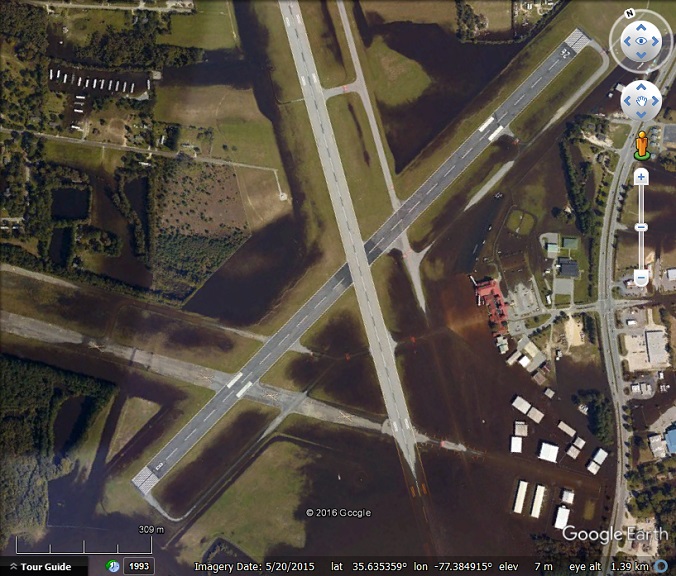 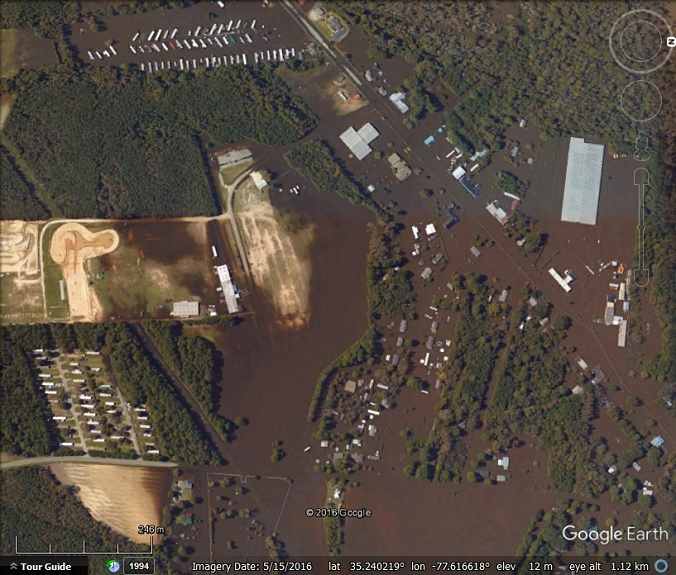 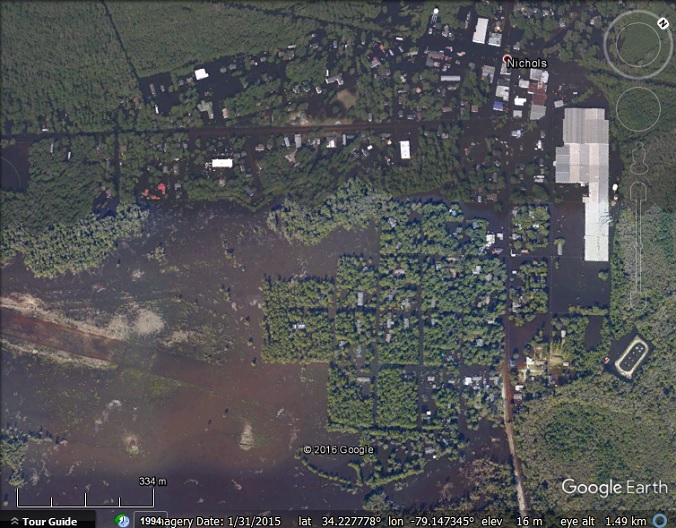 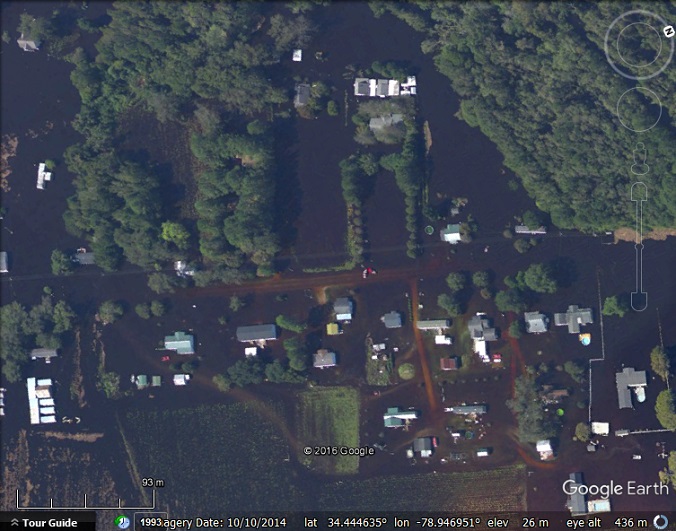 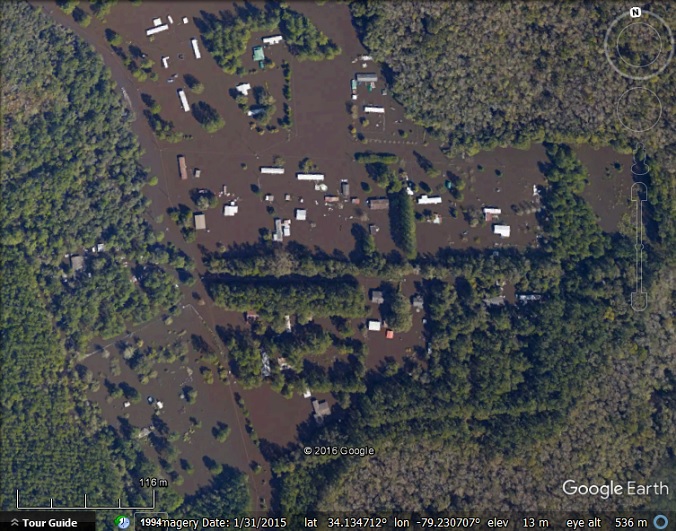 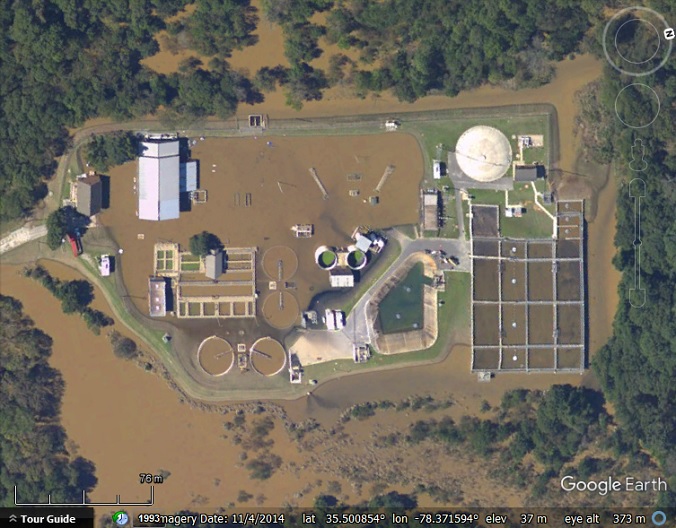 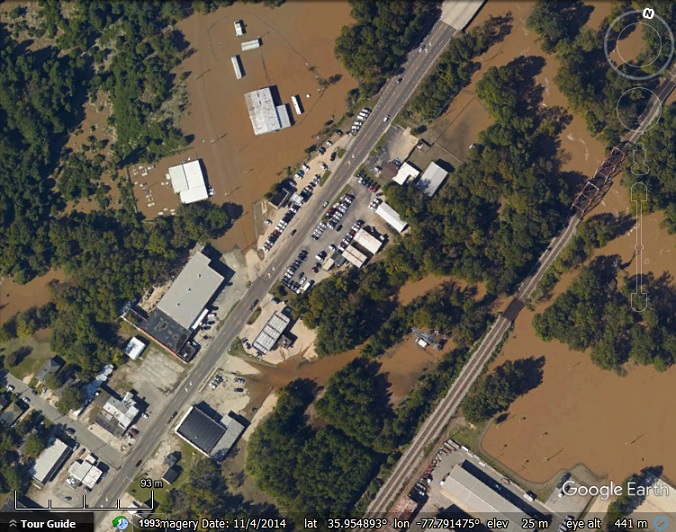 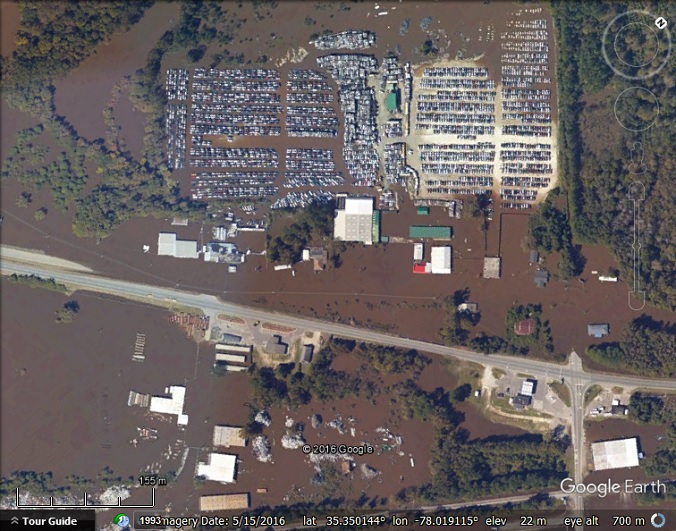 On Monday we had a look at some imagery via Google Crisis Response of the devastation caused by Hurricane Matthews.

that we linked to on Monday. The KML file uses a network link, so if you still have it you should automatically see any new imagery that is added.

In addition, Google has made available on this map a large amount of aerial imagery provided by NOAA. To access it, go to the layers and select ‘Aerial Photos’. Then zoom to the eastern coast of the US and you will see a thin strip of aerial imagery all along the coast. 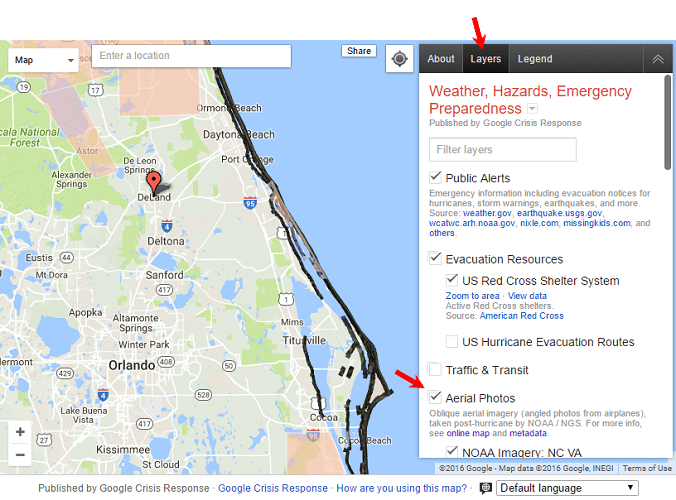 The NOAA imagery can also be viewed on this NOAA map, which also offers the option to download the imagery. Unfortunately, the imagery is not currently in a format easily viewed in Google Earth and Google does not currently have plans to add it to the above KML file. 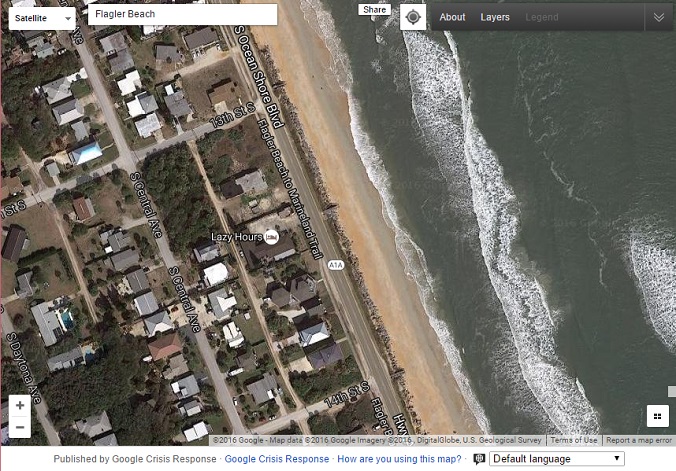 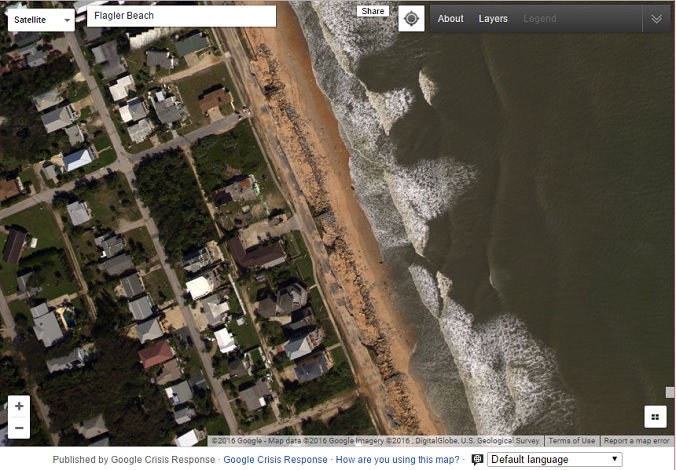 Before and After of Flagler Beach, Florida showing damage to the coastal road. 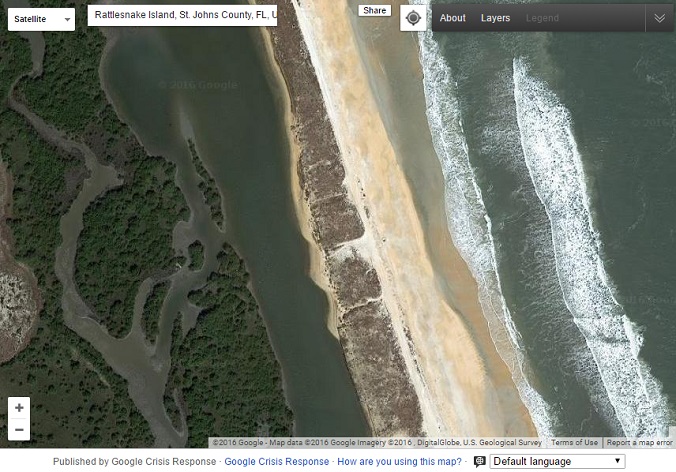 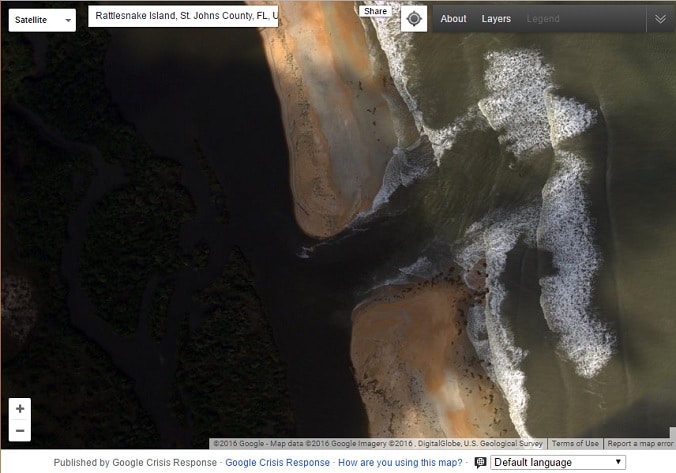 Before and After of a new inlet formed along the Florida coast. To find it on the map search for ‘Rattlesnake Island’. 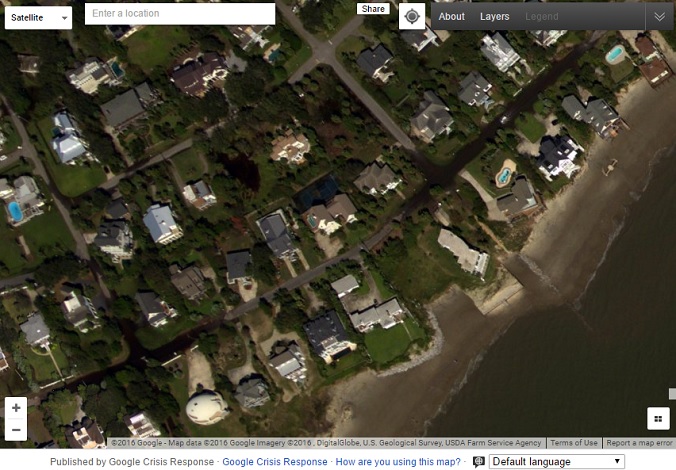 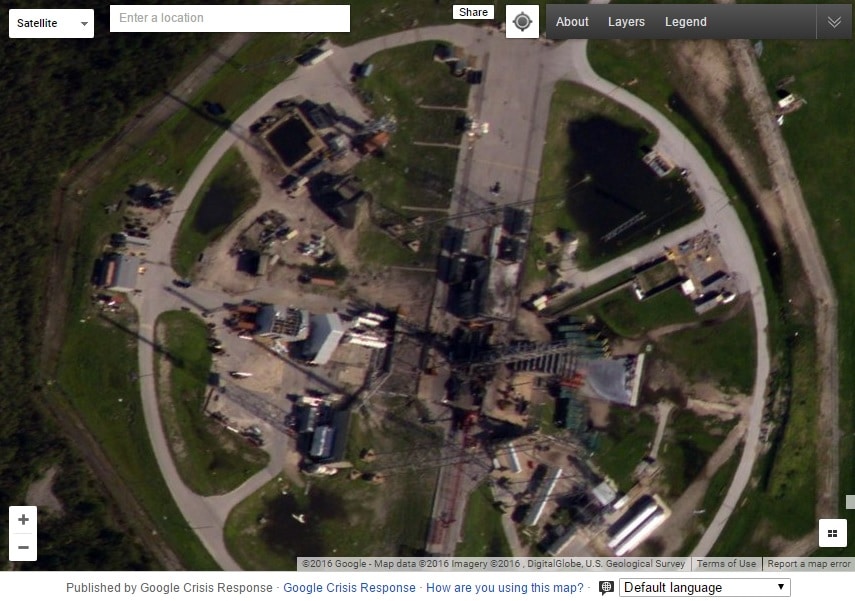 As a bonus, we get a look at Space Launch Complex 40 where SpaceX AMOS-6 mission spectacularly blew up in September.

See this article for a number of aerial and ground level photos of the damage caused by Hurricane Matthews. 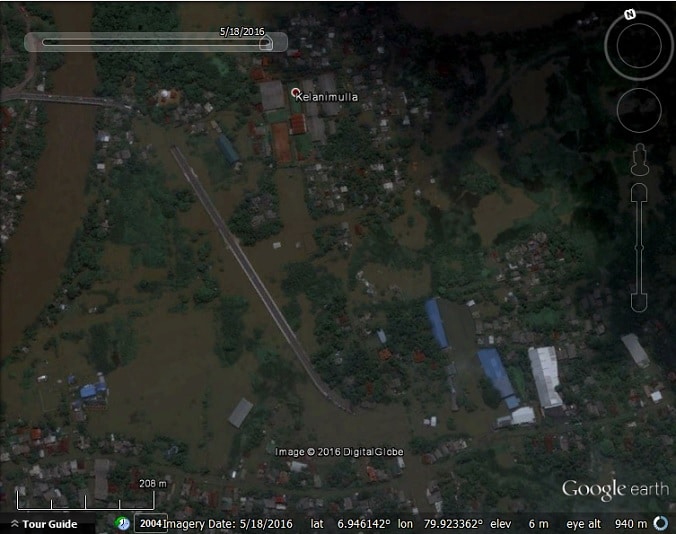 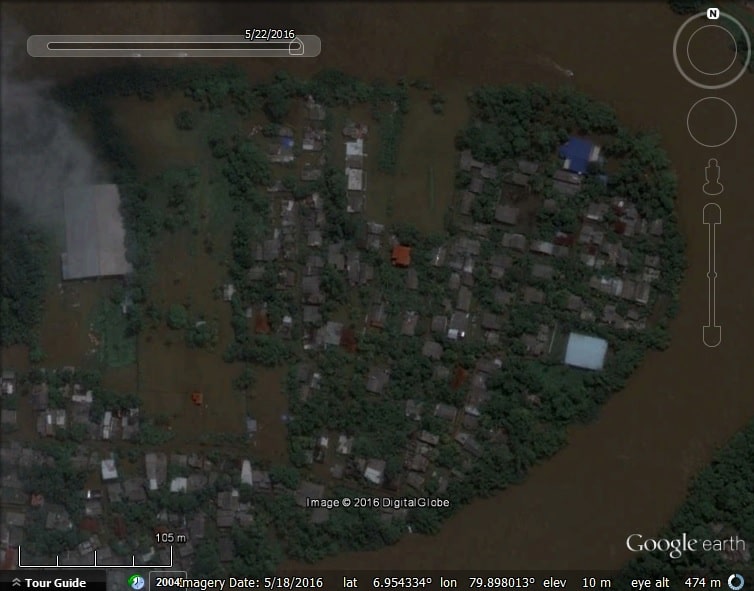 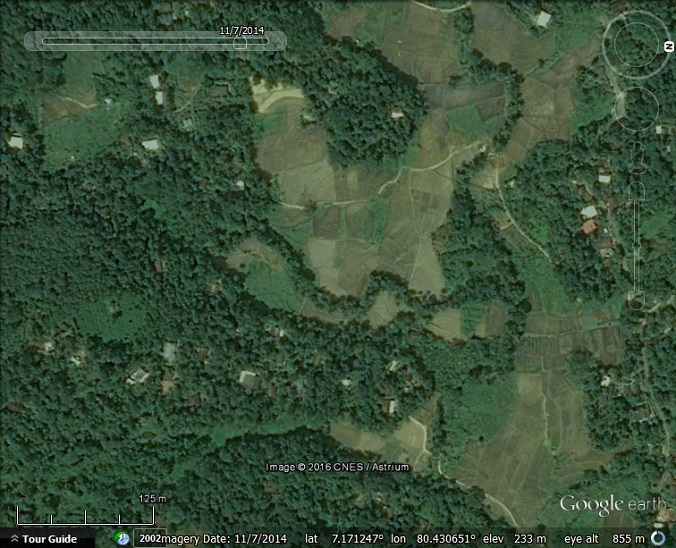 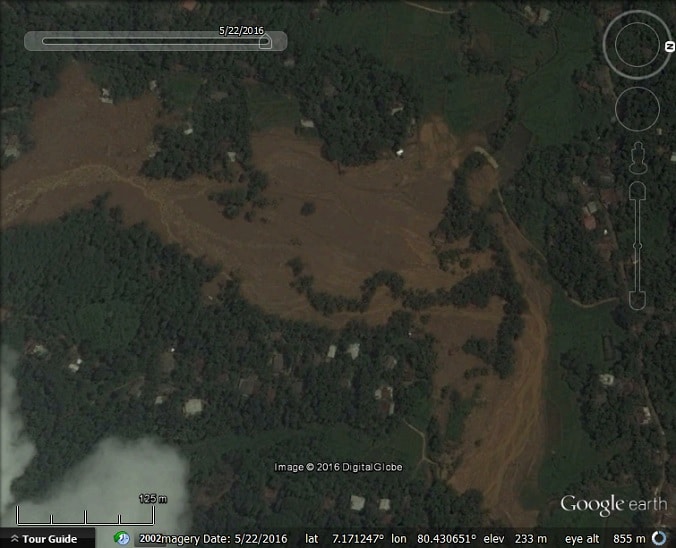 Hurricane season is here, and Google has recently put out a helpful blog posts with tips for staying safe. Specifically, they suggest three things:

Make sure your phone will receive Public Alerts

Google Public Alerts, launched two years ago, is a tool that sends people alerts from authoritative sources like the U.S. National Weather Service or the Japan Meteorological Agency during emergencies. They’re accessible through the Google search app on your mobile devices and Google Chrome on your computer, as well as in search results for related queries and on Google Maps when relevant. 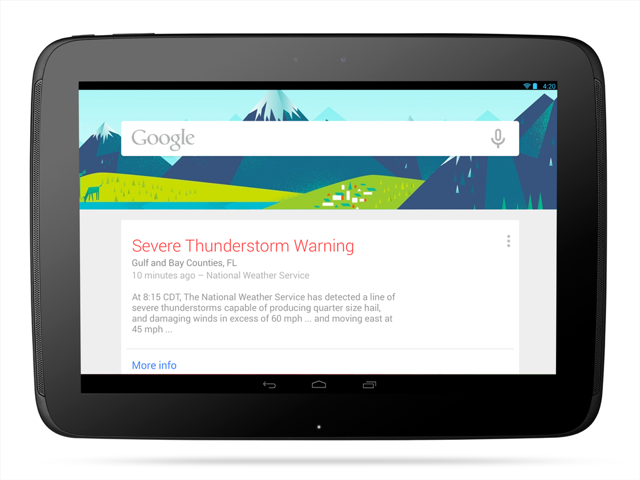 There are a number of great apps which can help you prepare for or outlast an emergency. For example, a flashlight app can be useful if the power goes out and you don’t have access to a regular flashlight (use a regular flashlight if you can to conserve your phone’s battery). The first-aid and disaster preparedness apps from the Red Cross have a lot of valuable information. And the official FEMA (Federal Emergency Management Agency) app has information on how to stay safe during a disaster, the locations of FEMA disaster recovery stations, and more.

A waterproof phone case can help protect your phone during floods or heavy rains and a portable solar-powered charger will help keep your phone’s battery alive. It may also be a good idea to invest in a cell phone signal booster which gives you a greater chance of connecting to an operational cell tower.

Beyond those tips, there are ways to watch and track severe weather using Google Earth. Hurricane data can be found in the main “places” layer of Google Earth, and there are many other great tools to help track the weather by using other layers and downloadable files.

Check out the full post on the Google Lat Long Blog and stay safe out there!