Last year we showed you a collection of the best roller coasters in Google Earth, highlighting some amazing parks around the world. A recent article in the Huffington Post takes it the other direction and highlights seven abandoned parks that can be found in Google Earth. 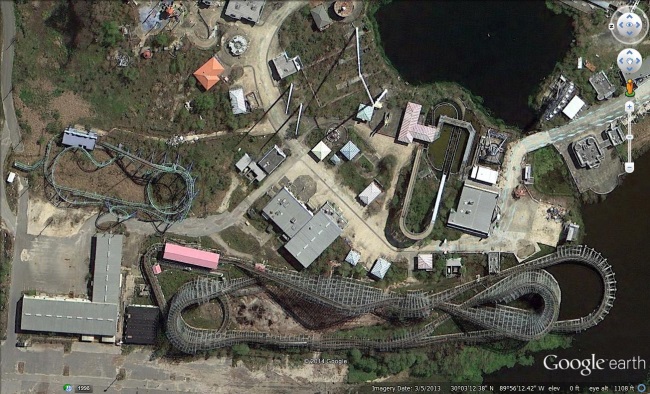 This theme park was closed just before Hurricane Katrina struck the region in 2005. It was heavily damaged in the storm and has been essentially abandoned ever since. Numerous attempts to rebuild it have fallen flat and the only salvageable ride (a Batman attraction) was moved to San Antonio. It has since become a film set and remains there today, crumbling into the dirt.

Using Google Earth’s historical imagery tool, you can go back in time to view some of the parks in their early days. For more, check out the full story on the Huffington Post.