Anyone who has looked around the US has noticed that large parts of it are divided up into squares, one mile to a side, often highly visible in satellite imagery and often sporting irrigation circles. The article linked above explains why that is and some of the history behind it. 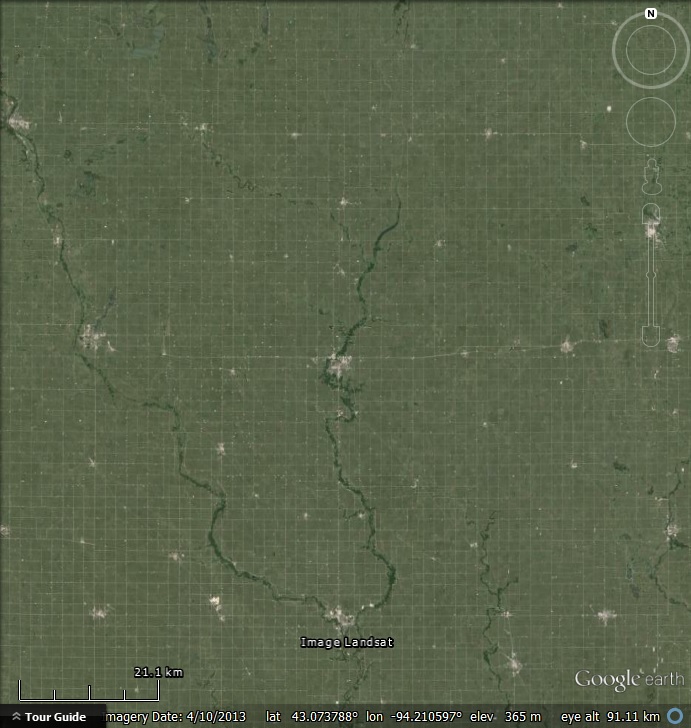 The state of Iowa is just a sea of squares. 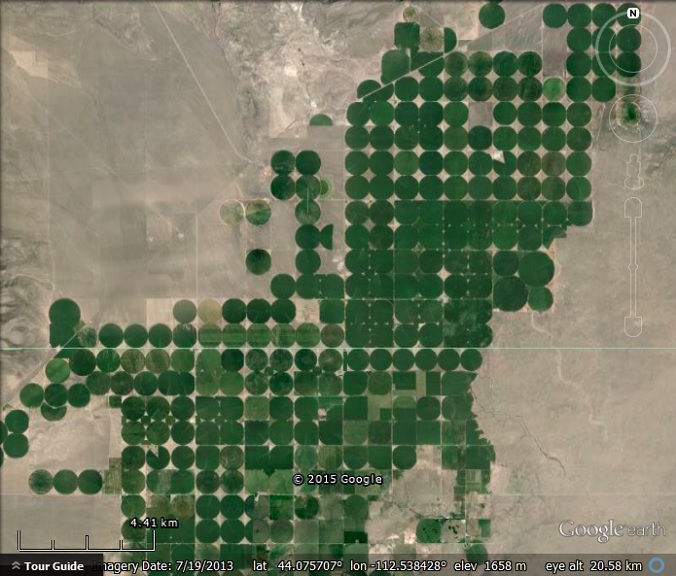 Irrigation circles in Idaho, one in each square.

As you can see above this is not the most efficient use of the land and in some cases farmers have inserted smaller circles in between the larger ones. The most efficient layout of identical sized circles is the honeycomb pattern seen below: 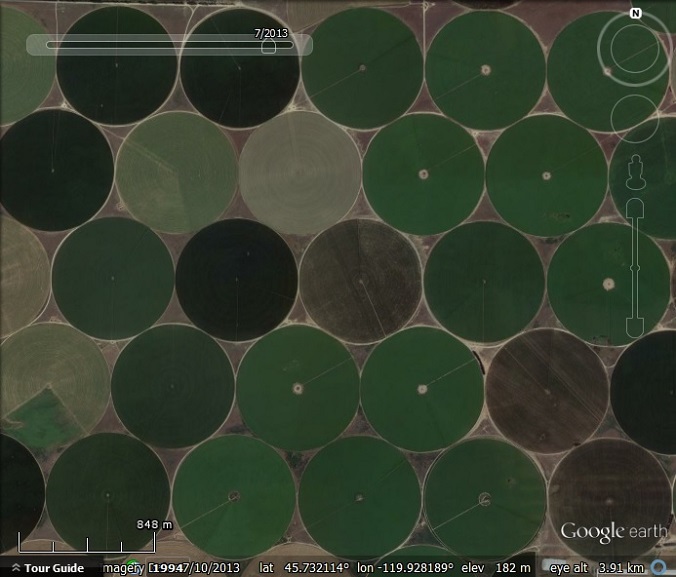 This honeycomb irrigation pattern found near Boardman, Oregon, is actually quite rare.

You might think at first that the Jefferson Grid is a universal uniform grid covering the whole of the US, but as you can see on Wikipedia there are actually a number of different regions, each with its on reference lines and the different regions do not necessarily line up with each other. Also, due to the fact that there were no GPS’s at the time the original surveying was done, there are quite a lot of errors in the grids and it is not uncommon to see an area like the image below where things are not quite straight: 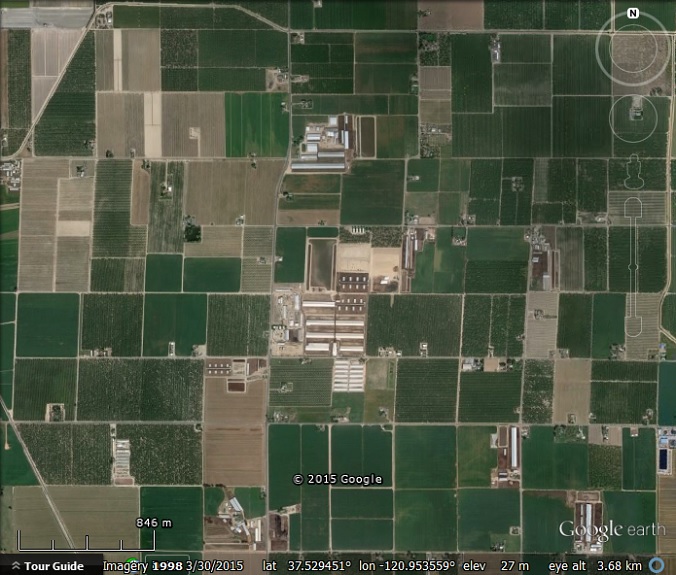 The use of a grid is also not unique to the USA. Here is an area in Mexico that also uses a neat squared grid, except they use the metric system, so each square is two kilometres to a side. 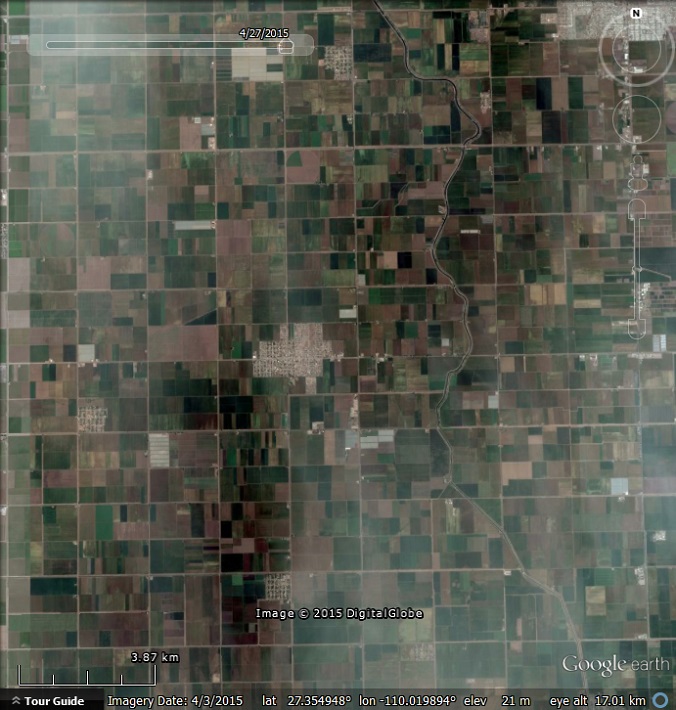 A grid system in Mexico. 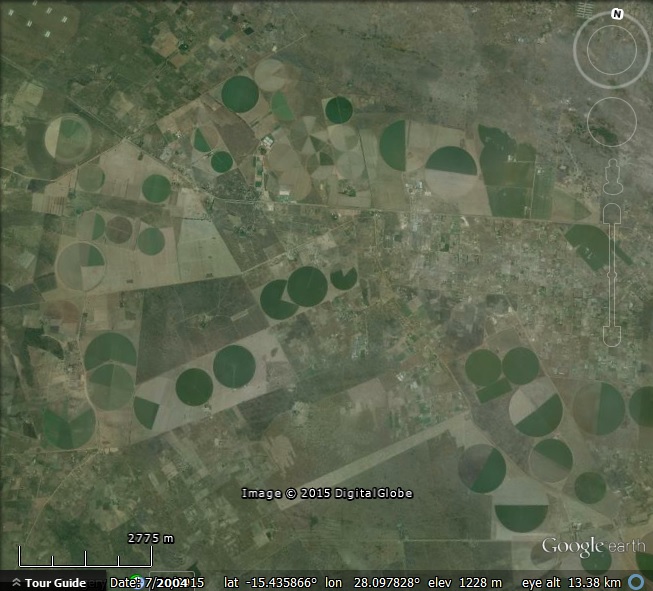 Many parts of the world such as Zambia, above, do not use a grid system.

Many cities around the world also have grid patterns highly visible from above, but perhaps that is a topic for another post.