This week marks the fifth anniversary of the Great East Japan Earthquake and Tsunami. Google has been using Street View and aerial imagery to record both the devastation caused and the subsequent rebuilding process. They have recently released a new batch of Street View imagery for some of the worst affected areas, allowing you to see the changes over the last five years. Read more about it on the LatLong blog. You can also explore the imagery at the “Great East Japan Earthquake Digital Archive Project”.

Google has also been gathering aerial imagery of Japan, including the affected areas. They have recently released some imagery dated February 2016. It is not yet in ‘historical imagery’ but can be found in the default layer. It is unusual for aerial imagery in that it shows quite a lot of snow cover. The LatLong blog shows an animation of one location showing the situation before the Tsunami, the devastation caused and the recovery and rebuilding process to date. Below we show similar images for another location. You could do the same for almost any location along the North East coast of Japan. 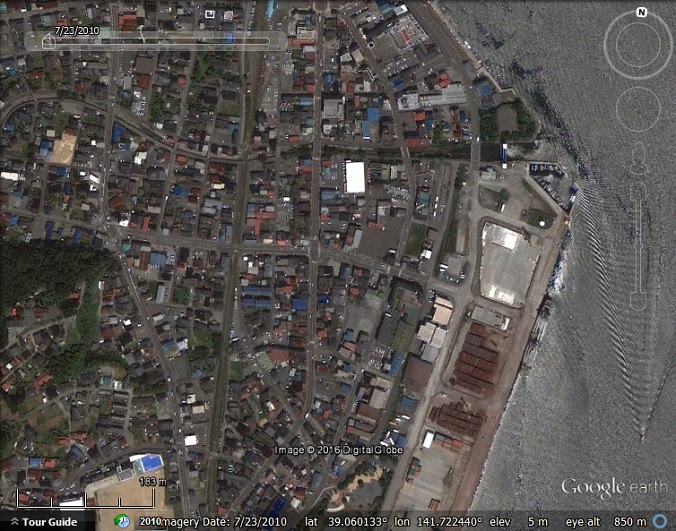 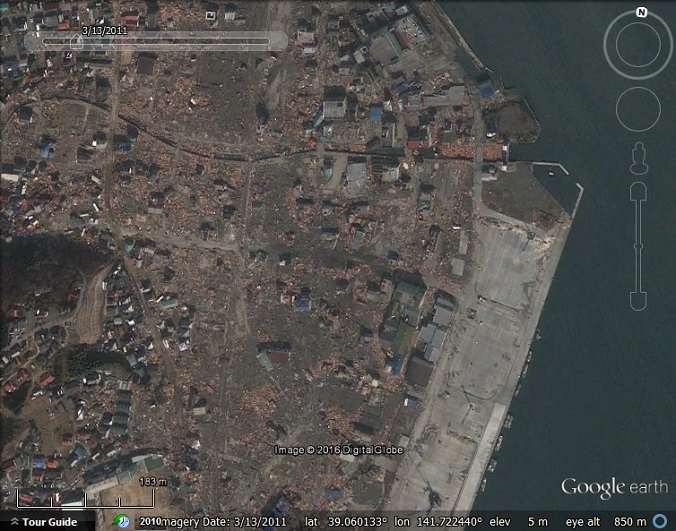 March 2011, showing the devastation after the Tsunami. 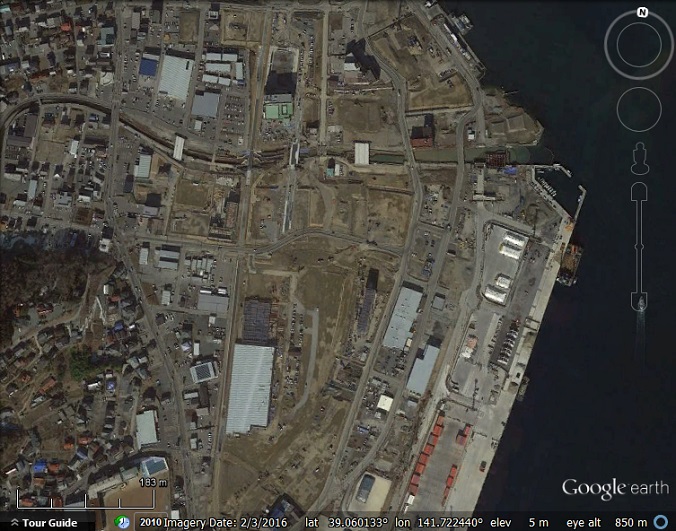 February 2016, showing rebuilding taking place. However, they are avoiding building houses within the danger zone.

We have marked out the areas covered by the new 2016 aerial imagery, which you can view in Google Earth with this KML file

Google did some similar imagery comparisons one year after the disaster, which we covered here.

When Japan was struck by the massive earthquake and tsunami two years ago, many people turned to Google Earth to learn more about the situation. As time has gone by, Google Earth has also been a great way to display archived information about the disaster, with the latest example in the form of “The East Japan Earthquake Archive“. 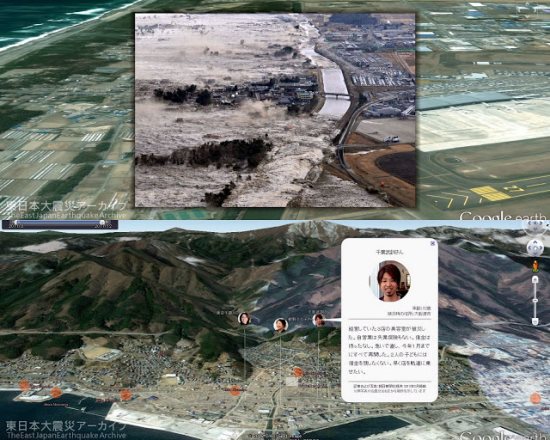 They have compiled a vast amount of information into this project, including data from Project Hayano. The site includes image overlays, information bubbles, embedded videos, iPhone apps, and much more.
Here is a brief video showing more about the features available on their site:


You can explore it using this Google Earth-plugin powered map

and find more on the main page of their site.

Japan
In March, 2011, Japan was hit by a major earthquake, which caused the devastating tsunami that we’ve all heard about. As with similar events in the past, the geo community quickly responded with helpful maps and other resources that were of great value to those affected.
By later the same morning after the earthquake hit, there were already a variety of great resources which we summarized here.

The same types of maps and resources are built for most major natural disasters around the world, and it’s amazing that Google Earth can be used in such a great way.
Jane Goodall
Back in early 2006, the Jane Goodall Institute became the first blog to geotag their blog entries, and they made some nice technical improvements to the blog later that year. The next year Google launched their Google Earth Outreach initiative, which added layers to Google Earth to show off some of the great work that organizations such as the Jane Goodall Institute do. 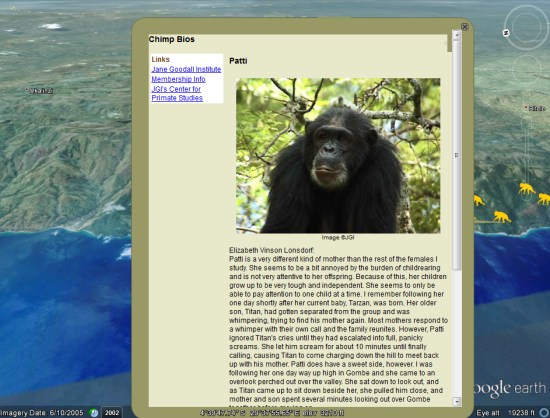 Today you can find layers such as this one (and many others) under the [Global Awareness] Layer in Google Earth. 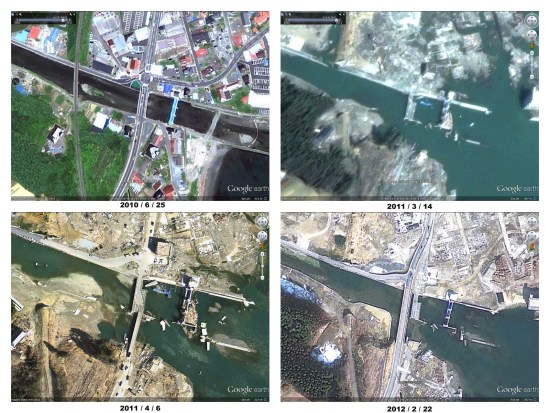 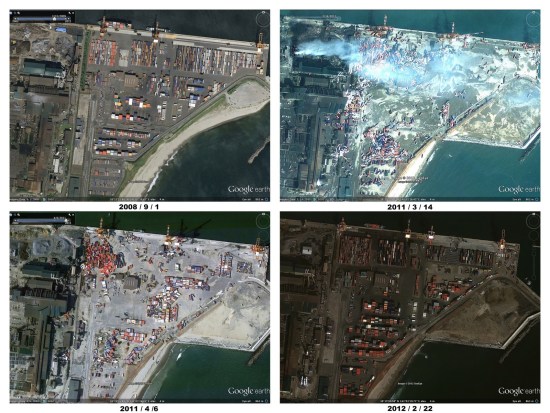