As they often do the, folks at Google Sightseeing have a post that takes us on a tour around the world of a particular topic. Their choice this time? Ice Hockey.

Growing up in Michigan, I played quite a bit of hockey (most of it on the lake behind our house). The lake has many more houses around it now, though it’s almost certainly still a great place to play hockey for a few months each year. Despite a variety of historical images in Google, everything in that area was captured during warmer months (which tends to produce nicer looking imagery). 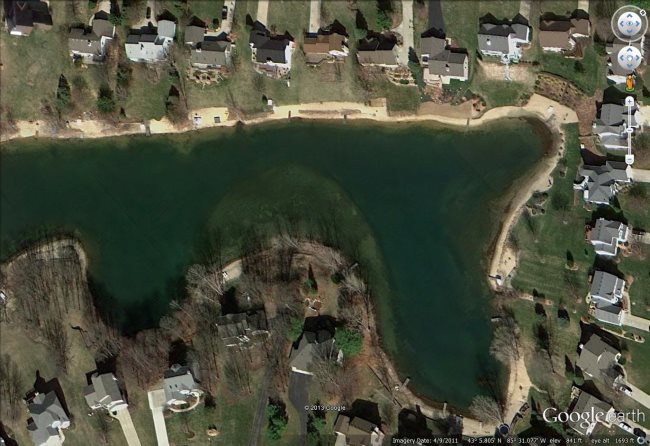 Now that I’m in Atlanta it’s a bit of a different story (even more so now that our NHL team the “Thrashers” moved to Winnipeg a few years ago), though hockey is still very popular around the world.

The story on Google Sightseeing includes various historical stadiums and other buildings around the world, including a handful of great murals in Street View like the one seen here: 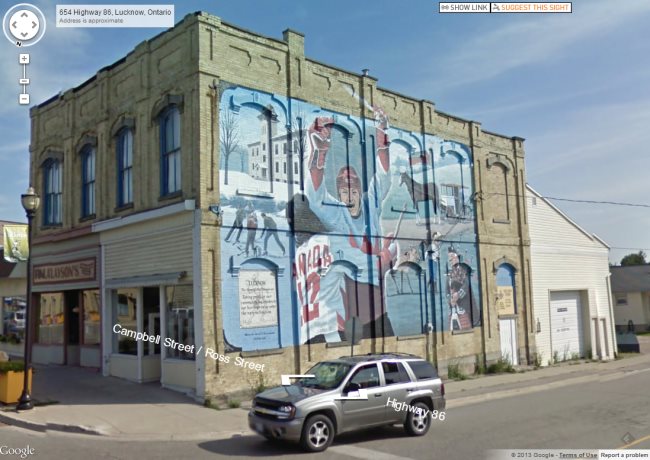 I encourage you to check out their full post to learn more.  You can also found a few hockey resources over on Google Earth Hacks, such as this file of every NHL arena or a list of other hockey-related files.