While writing the 3D imagery post we came across this oddity: If you draw a path in Google Earth, the line segments follow geodesics, which are parts of great circles. If you draw a polygon, the sides are rhumb lines (also known as loxodromes or lines of constant bearing). A geodesic is a straight line on a three dimensional globe. A rhumb line is a straight line on the Web Mercator projection used by Google Maps.

On looking up the KML reference documentation the only mention as to whether the lines drawn will be geodesics or rhumb lines is a small note that appears under <Polygon> and <LinearRing>.

And this seems to be the only reference in the KML documentation to either geodesics or rhumb lines or when one or the other will be used to render a line. After some experimentation it was noticed that in actual practice, in Google Earth, a filled polygon uses rhumb lines whereas an unfilled polygon uses geodesics. We also tried importing KMLs into My Maps, and it turns out that My Maps always uses geodesics.

So if you work with polygons in Google Earth, keep in mind that: 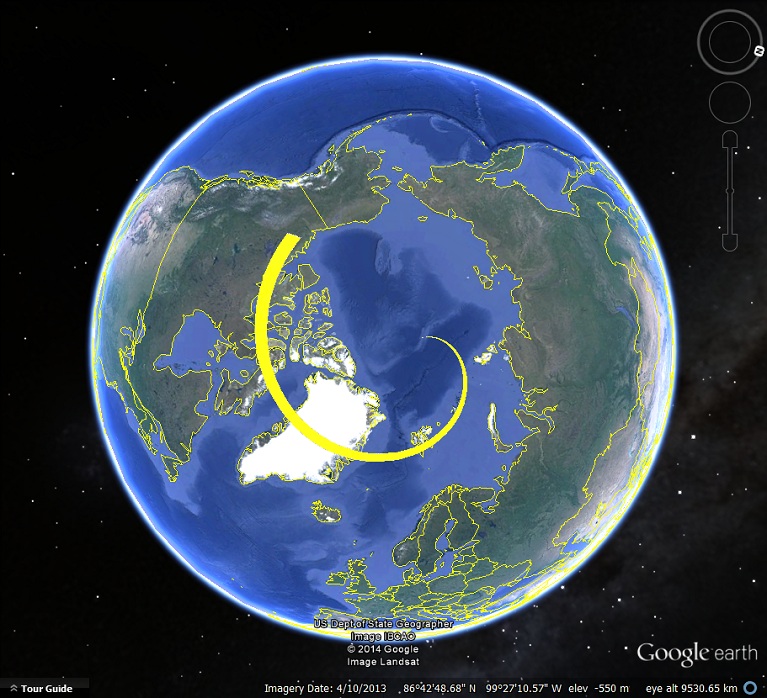 We have also created a KML