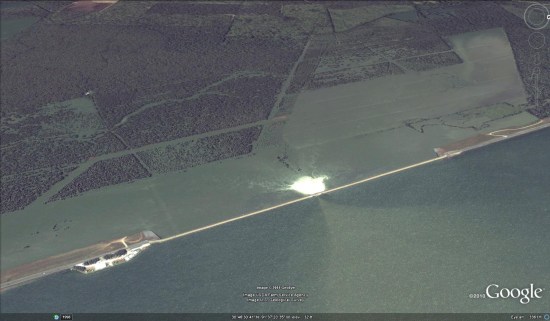 GeoEye has just released some brand new high-res imagery of the flooding that is happening near Cairo, Illinois, due to the rising Mississippi and Ohio rivers. 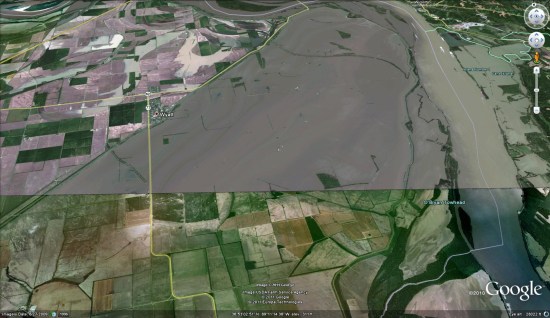 You can view it yourself using this KML file

, or read more on the GeoEye blog.
Based on text in the KML file, the image was captured two days ago, on May 8. That’s quick work to get it published so quickly! Fortunately for residents of the area, the river appears to have crested and should begin receding in the next 24 hours or so. Let’s hope it does.

Unlike the imagery that we showed you last week that covered a large area of Pakistan, the imagery we’re showing today is quite zoomed in. However, it really shows the devastation facing the area. 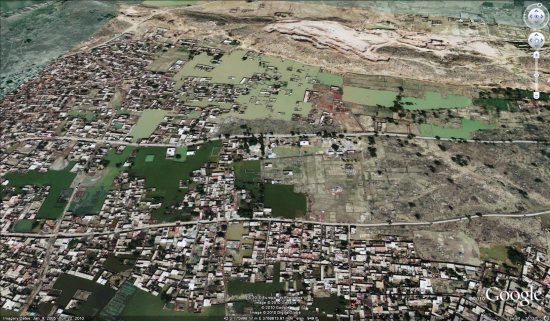 This image comes courtesy of GeoEye, who published the image on their site yesterday.
Too see the imagery up close, you can view the high-res version on their site, or download this KML file

to see it as an image overlay. Viewing it in Google Earth and toggling to see the before/after comparison is quite shocking.
As before, we encourage you to visit Network for Good to see how you can help with the flood relief efforts. 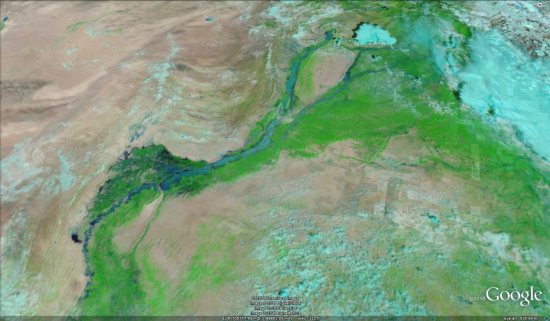 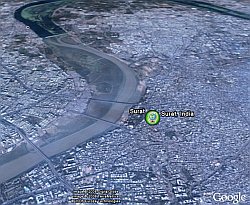 This is an interesting application of Google Earth: In Gujarat last week, some serious flooding left many people stranded. The city of Surat, India

was particularly hard hit and the Indian Air Force needed to conduct some air-drops of desperately needed supplies to stranded citizens. Two local men, a Arvind Patel and Pravin Patel, used Google Earth to help suggest critical locations to make the drops greatly improving the relief efforts. The two men also convinced municipal authorities and airport officials to use Google Earth in their aid coordination. Here’s a story from Ahmedabad Newsline.
According to another clipping from an Ahmedabad newspaper:
If [officials] could have struck upon this idea before, it would have helped many more people as carpet air-dropping of aid leads to lots of wastage. Using this tool, it was easy to identify buildings and other landmarks as [the locals] know the city like the back of their hands.
What an amazing application of Google Earth! Thanks to Jonathan who E-mailed me this story which came from worldchanging.com.