Most oil platforms can not be seen in Google Earth. This is because Google and its imagery providers do not bother with imagery of the oceans far from the coast unless there is something of particular interest. Back in 2006 Google Sightseeing was able to find a few oil platforms in Google Earth’s imagery, which they showcase in this post.

In March we told you about DigitalGlobe’s First Look program and its public map showing where imagery has been captured of particular events. One such event was an explosion on an oil rig in the Gulf of Mexico on April 1st, 2015. DigitalGlobe captured imagery of the location on April 5th, which shows an oil slick coming from the platform. 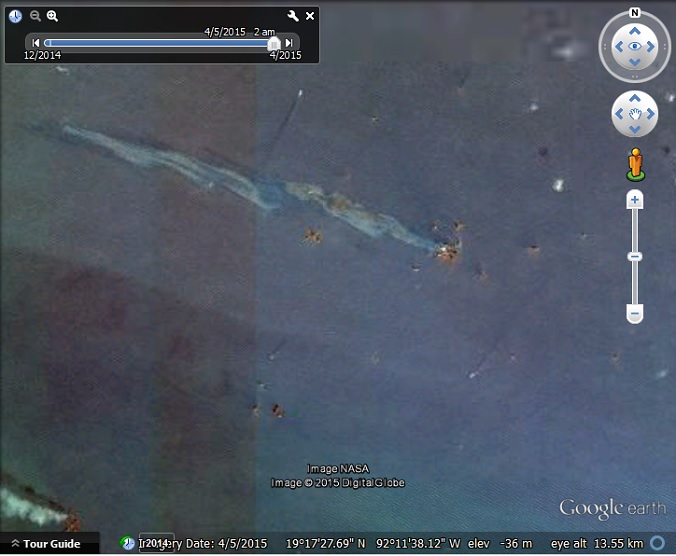 Several images from before and after the event have been added to Google Earth in the area and a number of other oil rigs can be seen in the imagery. The imagery can only be seen in ‘historical imagery’. Many of the oil rigs show plumes of smoke but these are normal gas flares. If you turn on the ‘Earth City Lights’ layer (found in Gallery->NASA), you will notice a very bright area where the above oil rigs are due to the gas flares.

If you turn on the ‘photos’ layer you can find a number of pictures of oil rigs in the region.

Last week we had a look at Digital Globe’s FirstLook service and some imagery of the damage done by Cyclone Pam to Vanuatu.

We have been going through some of the locations from the DigitalGlobe FirstLook Coverage map and finding them in Google Earth. Some locations we have covered in the past such as:

There are, however, a few locations that we have not covered before that have relevant imagery in Google Earth and you can see the events in question. The ones we have found so far that you may find interesting are: 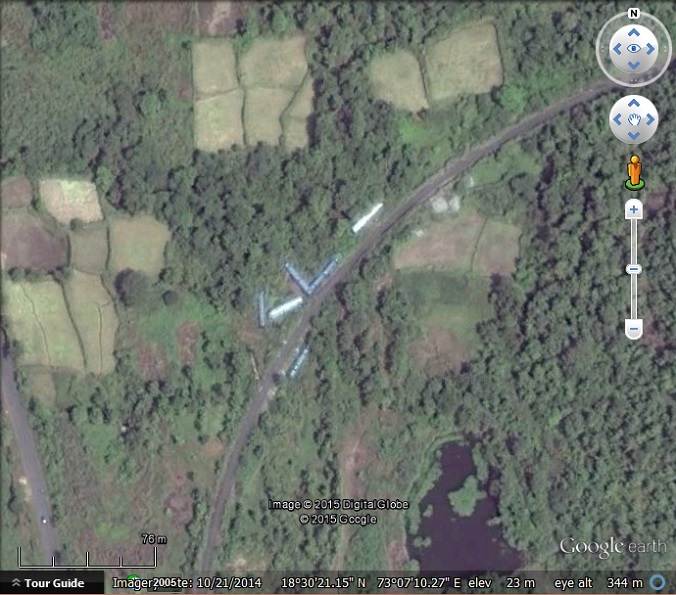 A train derailment in India. 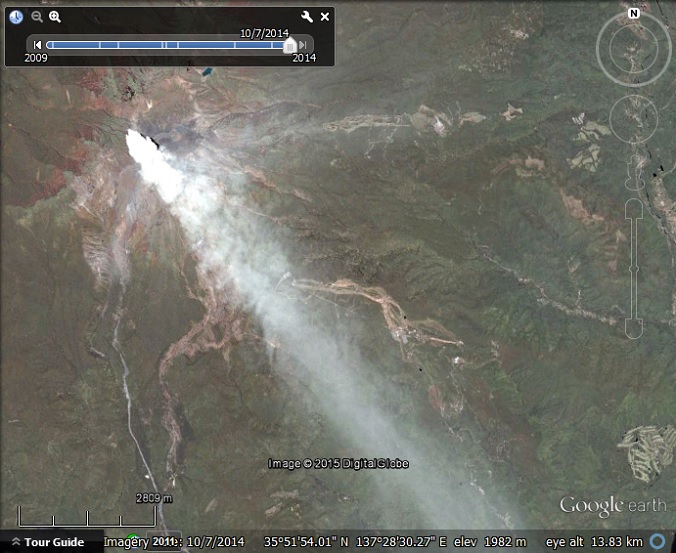 A volcanic eruption in Gifu and Nagano Prefecture, Japan. 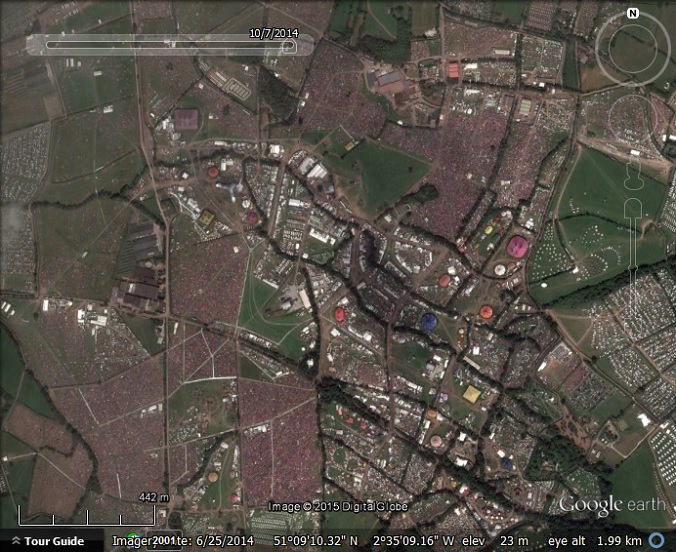 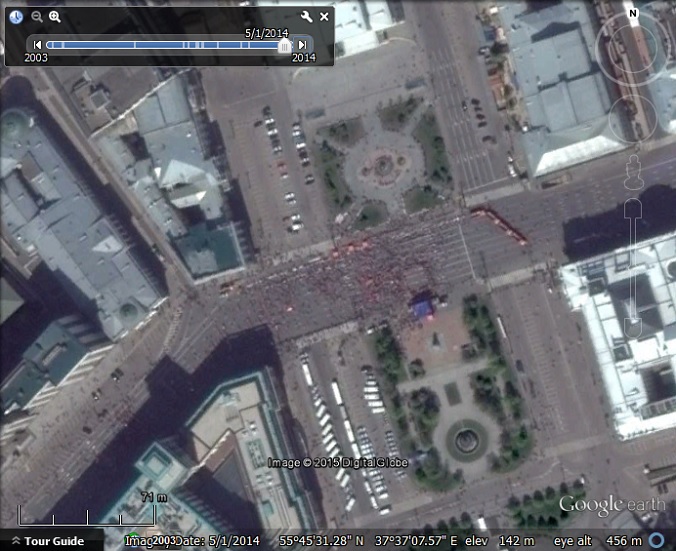 May Day celebrations in Moscow.

To find the above locations, and a few more interesting ones in Google Earth, download this KML file. You may need to move the ‘historical imagery’ slider to find the correct image(s). Remember that sometimes the event is captured on more than one date. 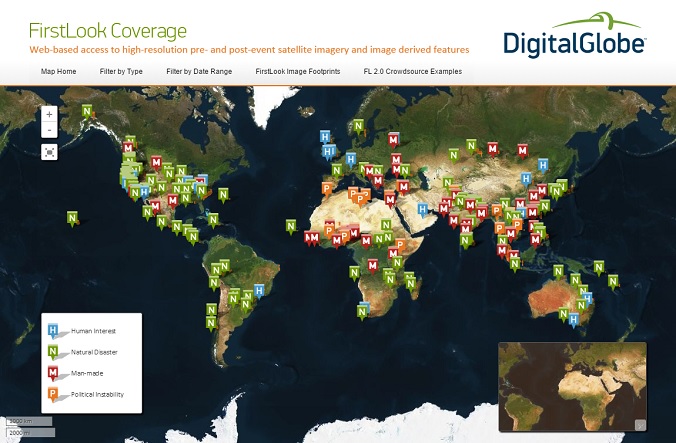