Google has recently done a minor imagery update. The only May image is a DigitalGlobe image of the Fort McMurray wildfire, although it does not include Fort McMurray itself. When we looked at the Fort McMurray wildfire a few days ago we noted that there is a wide variety of satellite imagery available. However, most of it is low resolution imagery not suitable for Google Earth and the high resolution imagery from DigitalGlobe is false colour imagery. We thought this might be a good time to make some observations about false colour imagery.

Google Earth has a surprising amount of false colour imagery. It is very common across the Sahara, Saudi Arabia and Indonesia. There are also some instances of it being used for particular events such as earthquakes and fires. 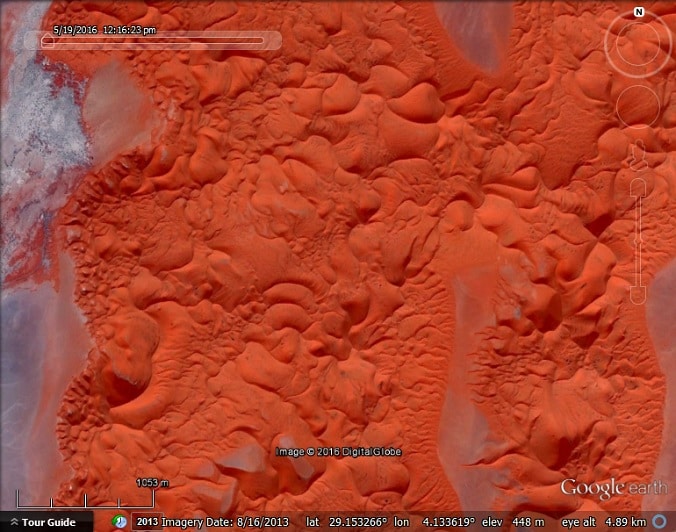 False colour greatly improves contrast in desert regions such as these sand dunes in the Sahara. 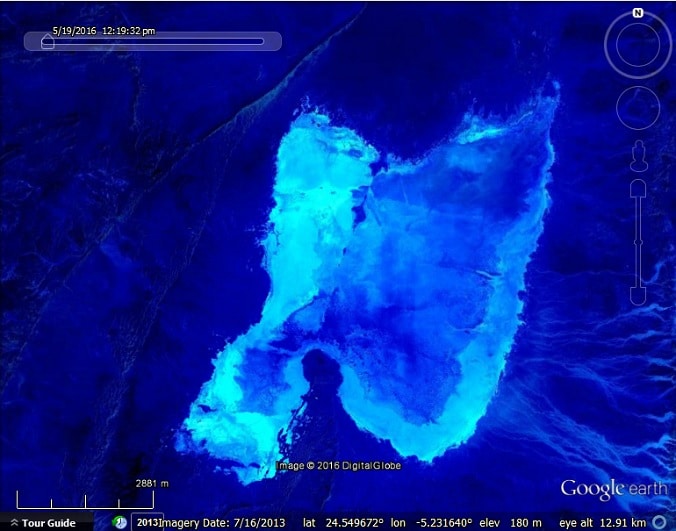 Sometimes it results in striking blues such as the above location in the Sahara that looks like the middle of the ocean. 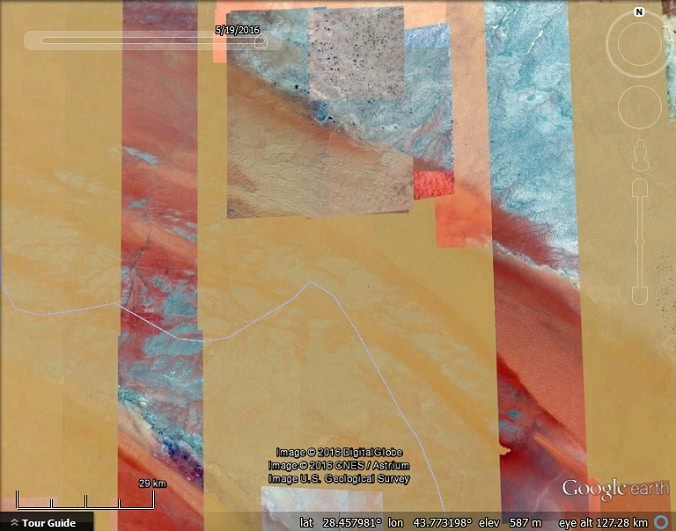 False colour not only improves contrast but can distinguish between different types of sand, which in natural colour (the yellow areas) look nearly identical.