We have looked at tornado damage in Google Earth a number of times before, including tornado’s that struck the US towns of:
Pilger, Nebraska and Wessington Springs, South Dakota
Mayflower, Arkansas – May 2014
Moore, Oklahoma – May, 2013
Joplin, Missouri – May 2011
Tuscaloosa and Jefferson County, Alabama – April 2011
Yazoo City, Mississippi – April 2010
Greensburg, Kansas – May 2007

On April 9th, 2015 a tornado struck near the town of Rochelle, Illinois. For ground level videos and photos see this story. Considering the amount of damage visible in Google Earth, it is amazing that only two people lost their lives. 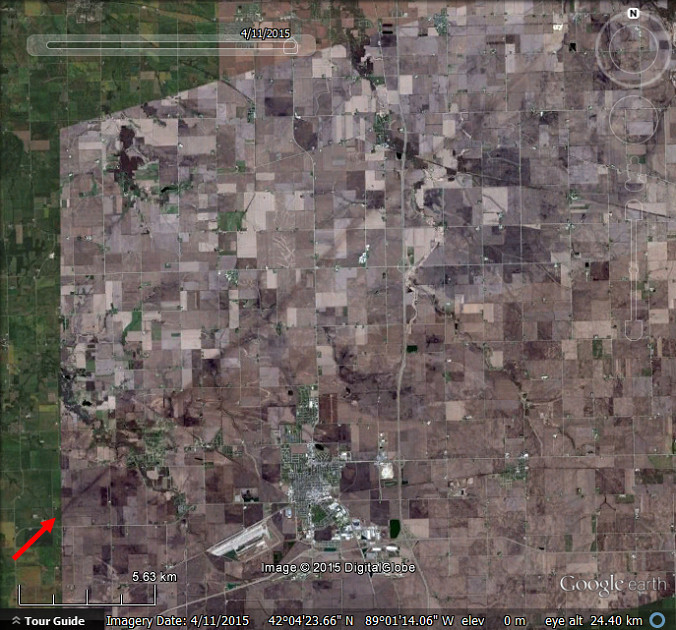 The image from April 11th, 2015 was captured just two days after the tornado struck and clearly shows the scar left by the tornado right across the image, over 30km. 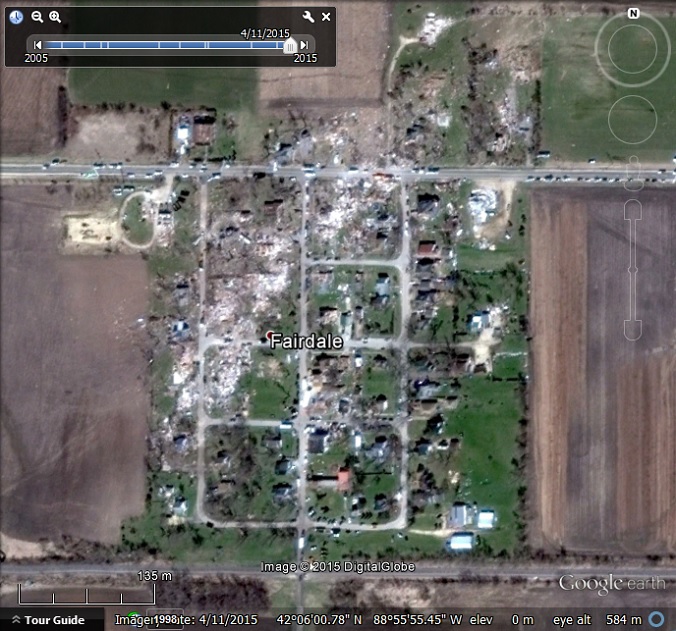 About half the town of Fairdale, Illinois was completely destroyed. 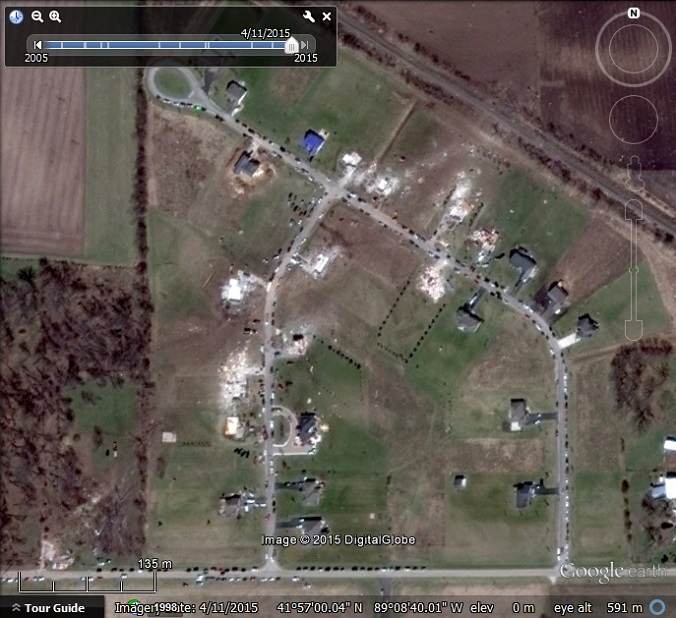 Some houses near the town of Rochelle, Illinois. Notice all the cars lining the roads. Presumably a mix of rescue workers making sure there is nobody still trapped in the debris, news reporters and curious onlookers.

To see the above imagery in Google Earth, you will need to look in ‘historical imagery’. You can also download this KML file

which shows the locations of all the tornado’s we have covered in the past including this one.