After our post on drones, GEB reader Satyen Sarhad (creator of Geoception that we looked at back in 2012), pointed us to a couple of Ground Control Station systems for drones that make excellent use of the Google Earth plugin.

Open source software HappyKillmore’s Ground Control Station is focused on being easy to use and working well on low resolution screens. The primary purpose of the software appears to be to monitor a drone in flight. It displays the data that is received from the drone on the various instruments displayed and also shows the position, attitude and path of the drone in the Google Earth plugin display. You can also download a number of 3D models of drones for use in the software. It can show a live video feed from the drone. Although it can be used to set up a mission with way points, it doesn’t appear to allow direct manual control of the drone. 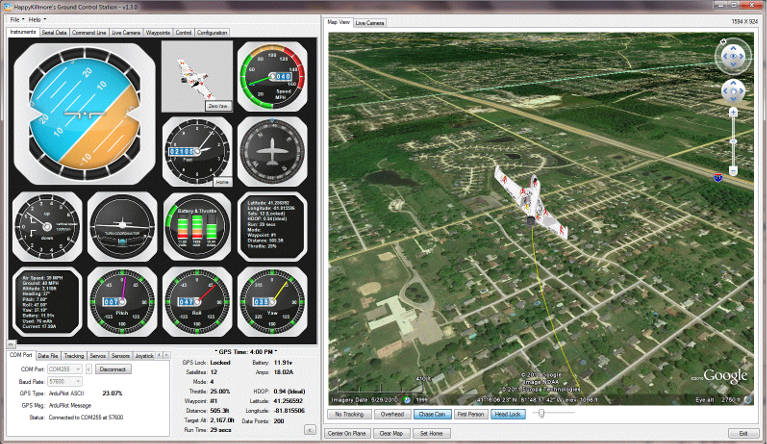 Another YouTube video with a vertical perspective showing the flight path can be found here.

Open source project QGroundControl allows you to create a mission by setting way-points by clicking directly on the Google Earth plugin.

Check out their website for more videos showing its capabilities.

Both programs make good use of the capabilities of the Google Earth plugin, including different perspectives, the ability to work offline and the ability to display 3D models. Also of note is that they use the plugin directly and are not dependent on web browser support, so they should continue to work even if web browsers start to drop support for the plugin. 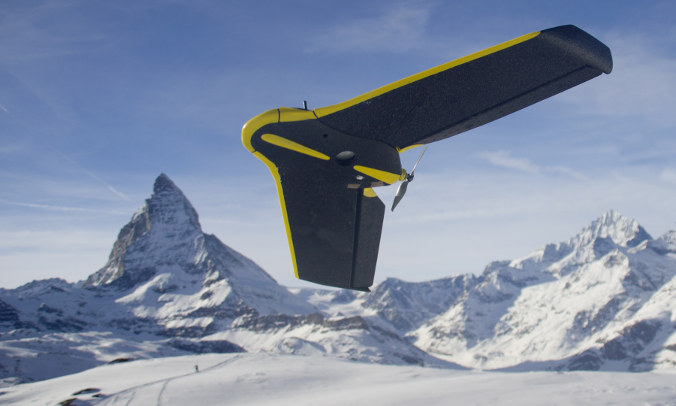