Google has recently pushed out another imagery update. Below we show approximate maps of where the new imagery from April, May and June can be found. There is almost certainly older imagery too, but it is harder to find. 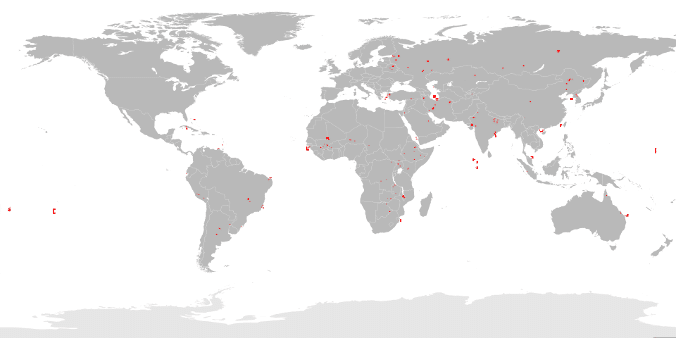 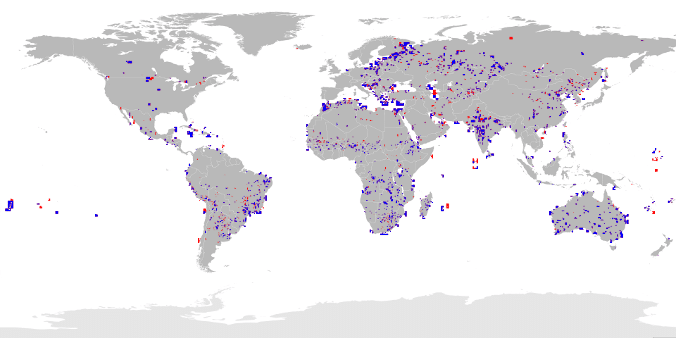 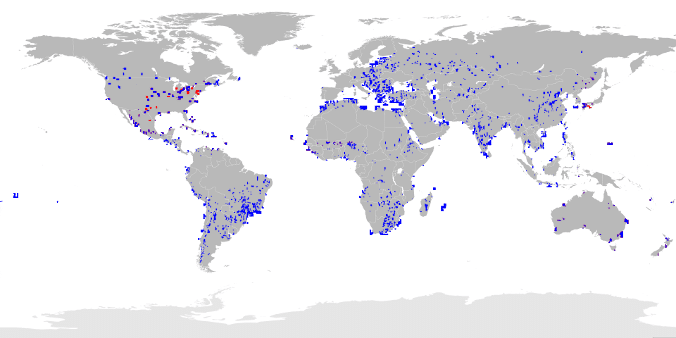 On December 26, 2015, there was an outbreak of at least 32 tornados, many of which were in the Dallas, Texas area. There is now some aerial imagery captured on April 28th, 2016, five months after the disaster. Nevertheless, the destruction is still very much in evidence, with the tornado scar over the Garland/Rowlett area visible from quite a high altitude. We have identified the tracks of the three strongest tornados.

We have in the past looked at low resolution imagery of the Garland/Rowlett area using both Landsat imagery and Sentinel imagery, but although we could clearly see the tornado scar, we could not see damage to individual houses.

Below are some ‘before and after’ comparisons. Drag the dividers left and right to compare the imagery. 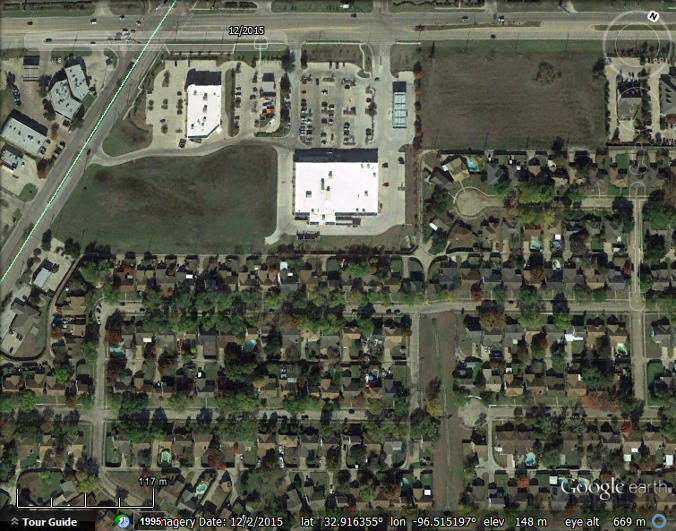 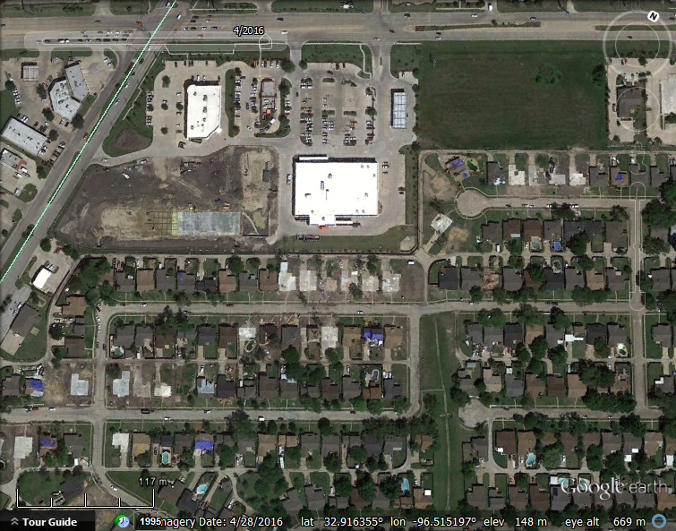 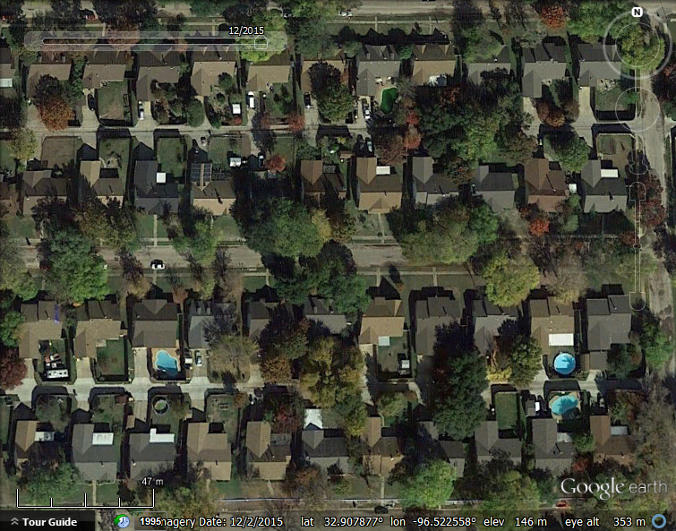 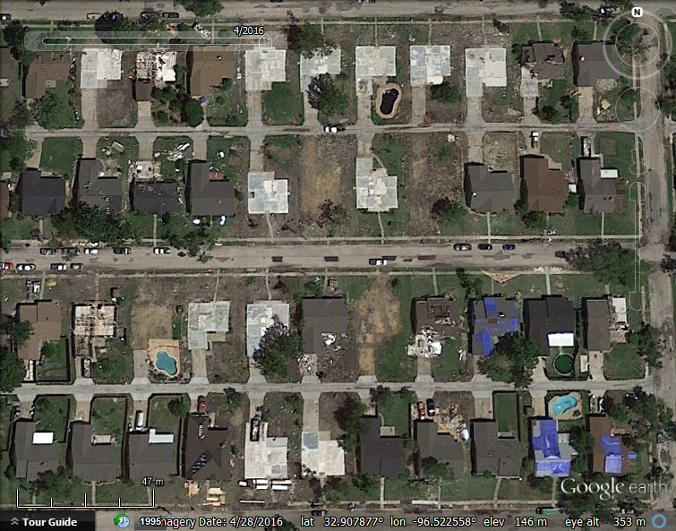 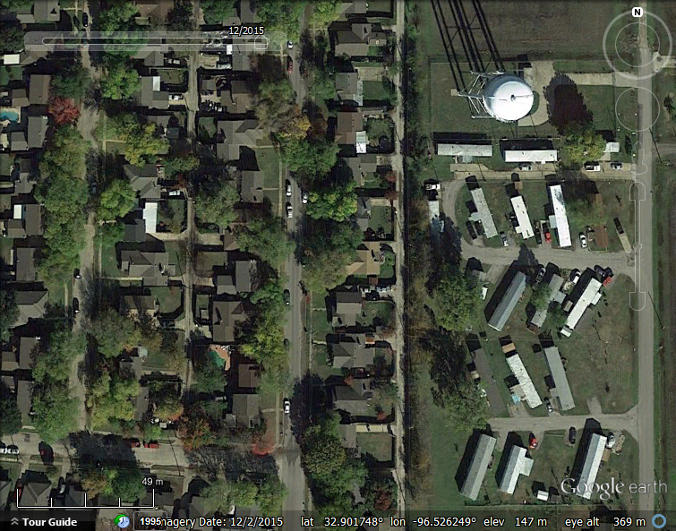 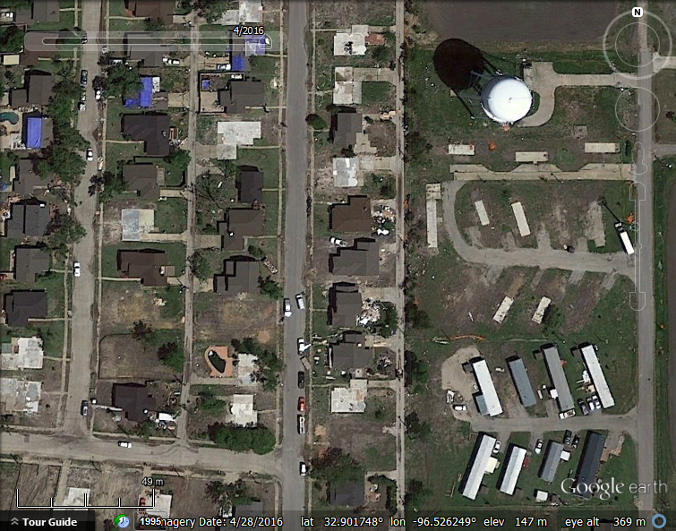 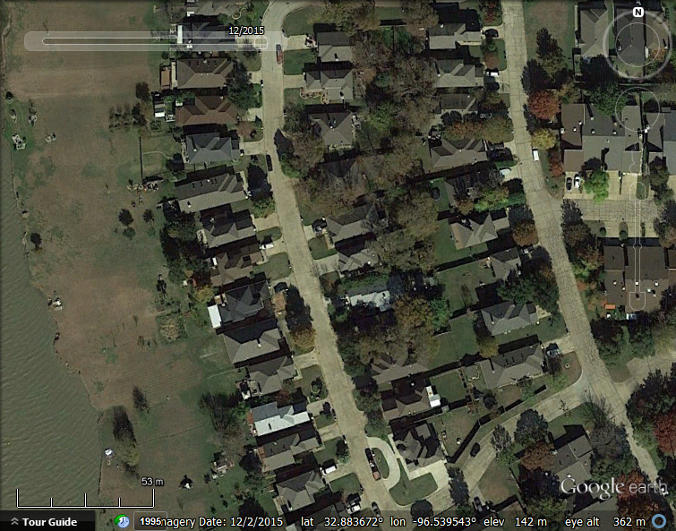 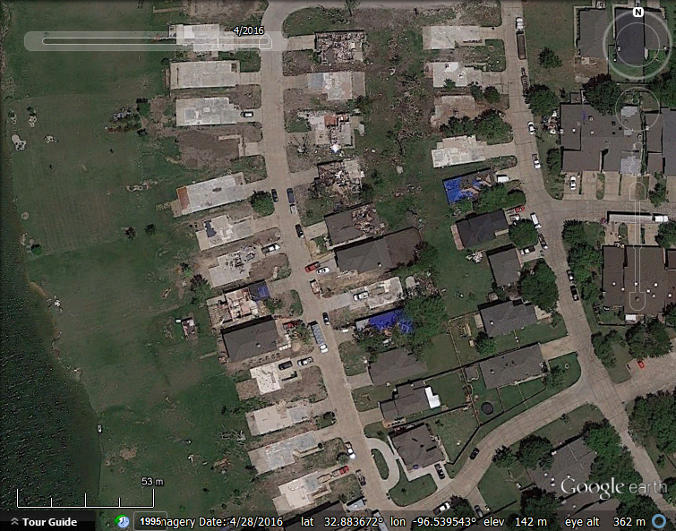 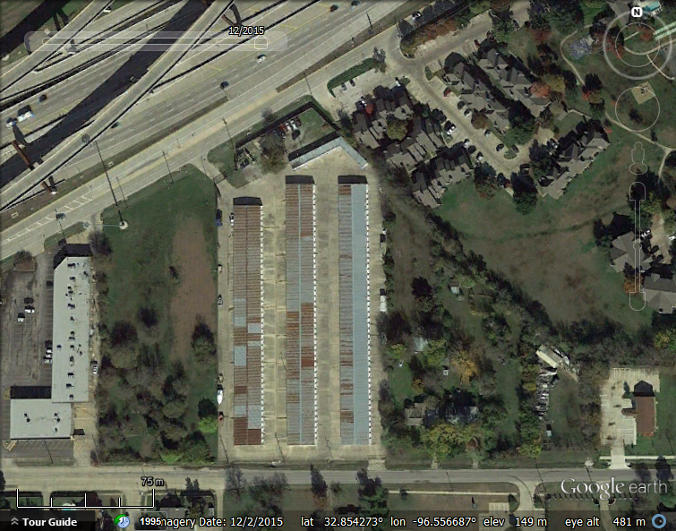 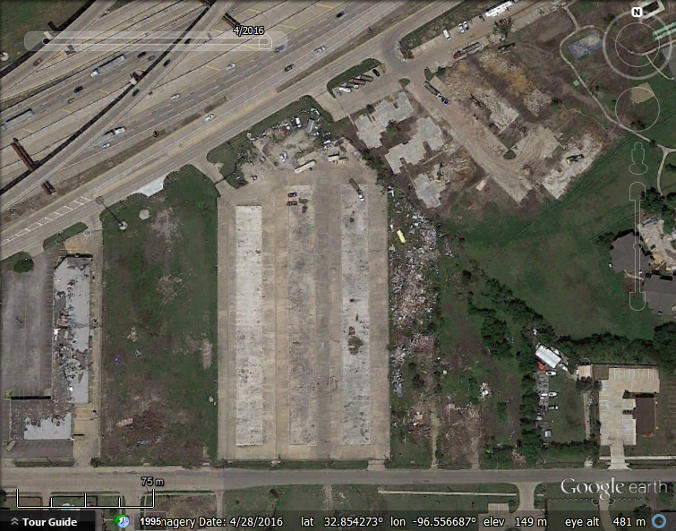 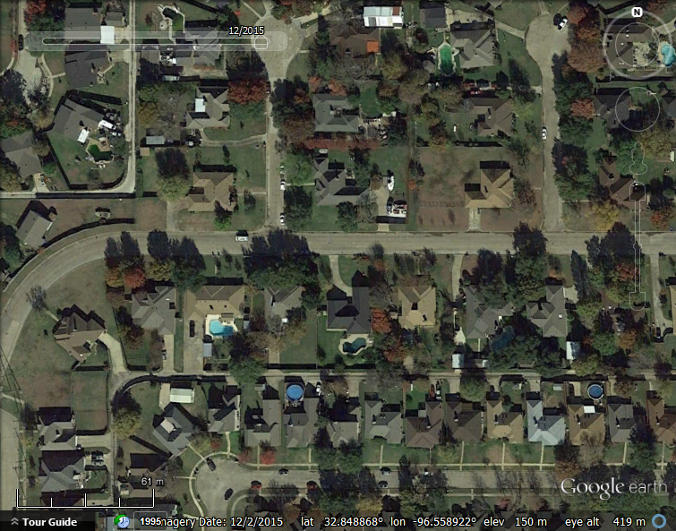 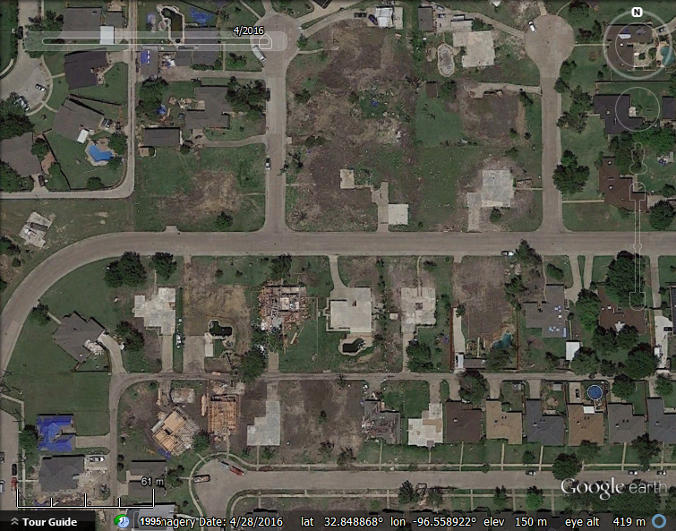 The above are all from the Garland/Rowlett tornadowhich was the strongest, but we show only a tiny fraction of the damage caused. Be sure to check out the imagery in Google Earth with this KML file as a guide. There is quite a lot of new construction in the area so when looking for damage be sure to compare with historical imagery as a house under construction looks remarkably similar to a severely damaged house.

Yesterday we had a look at Snapsat, a useful website for obtaining Landsat imagery. The location we chose was Dallas, Texas and a track made by a tornado in December last year.

We thought it would be interesting to compare the Landsat imagery with the European equivalent – Sentinel imagery.

Landsat 8 captures colour images at 30 m per pixel, but also captures has a panchromatic band at 15 m per pixel, which can be combined (using a process known as pansharpening) with the colour bands to essentially achieve close to 15 m per pixel resolution. Sentinel 2A, on the other hand, captures images in colour at 10 m per pixel and does not use pansharpening. So the Sentinel imagery should be slightly better quality and we found this was indeed the case.

We are still learning the best ways to process imagery and neither image has been processed ideally. 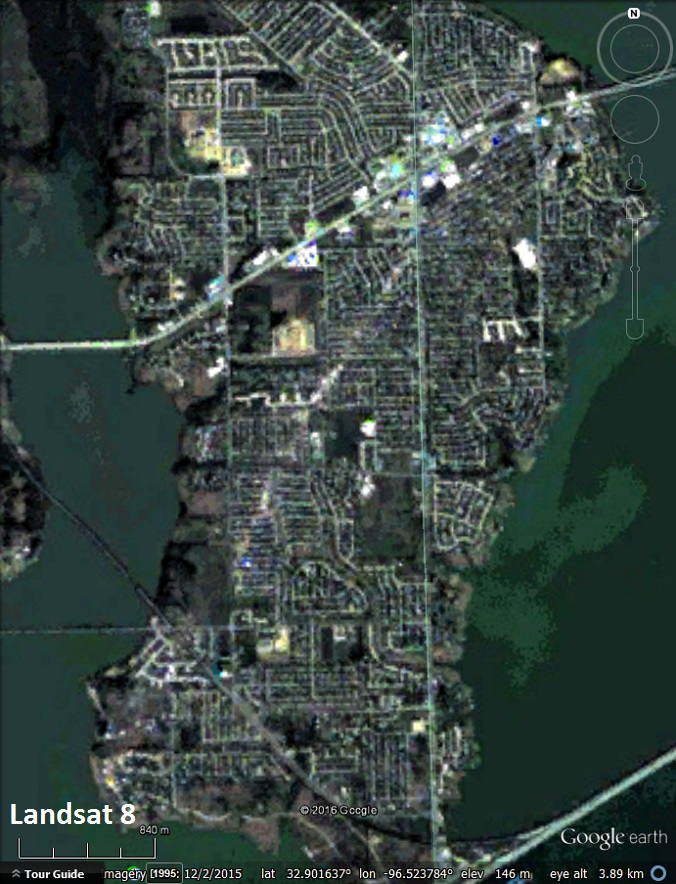 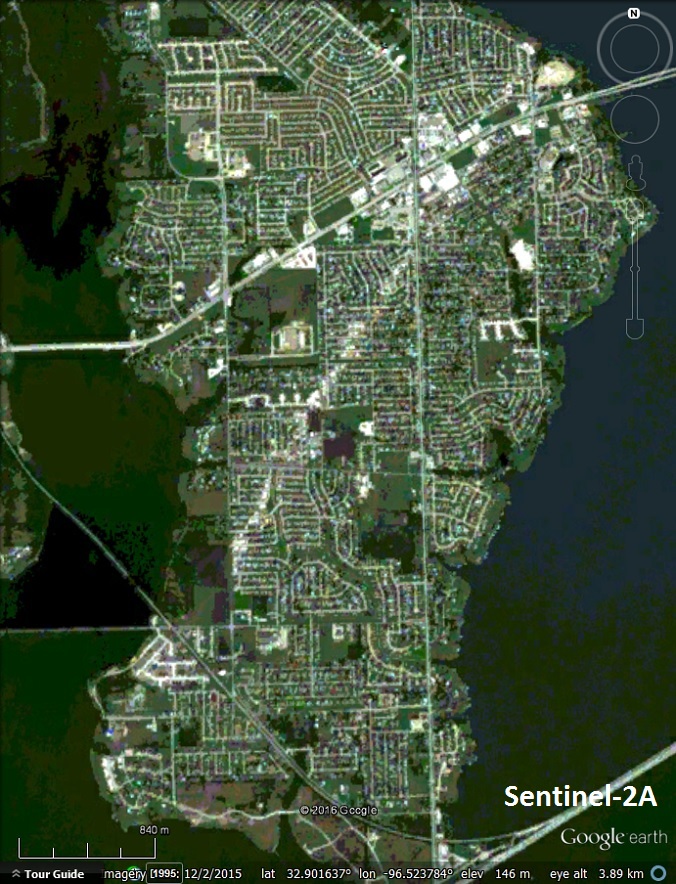 To see the images in Google Earth download this KML file 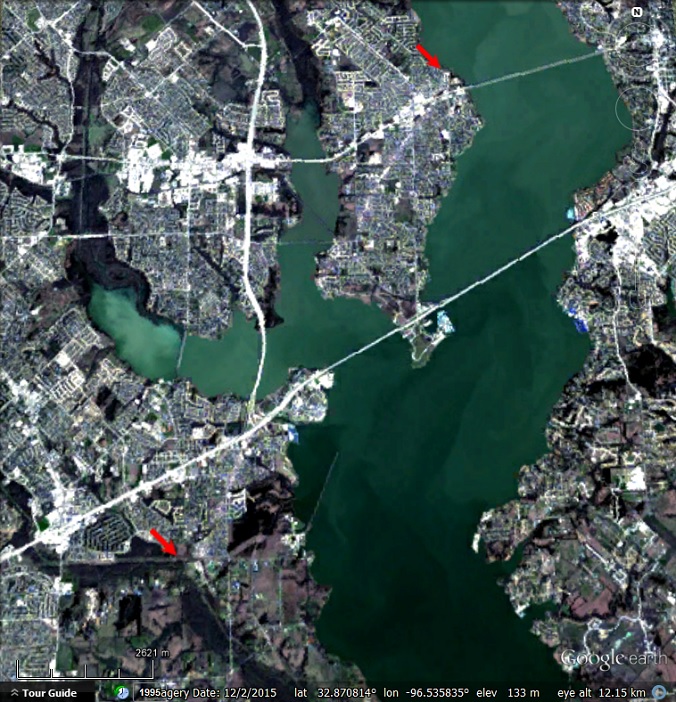 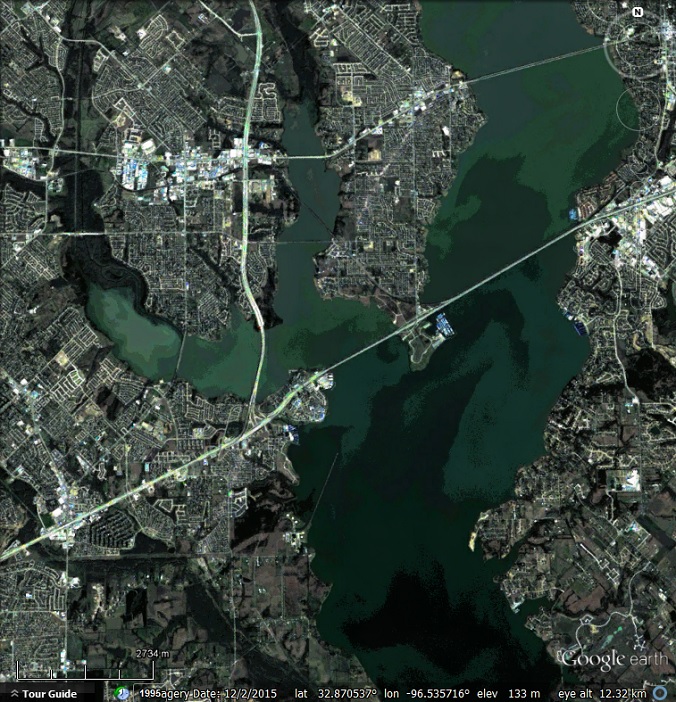