Over the years we’ve shown you a number of examples of law enforcement using Google Earth to catch criminals and IT World has just put out a large list of ways that Google Earth has been used for both good and evil. 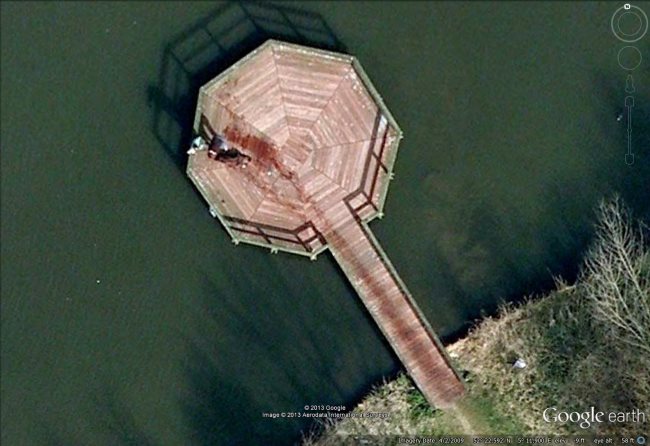 Included on the list is the town of Riverhead, NY cracking down on illegal pools, the “murder or a wet dog?” story from earlier this year, the stolen SUV discovered in the woods, illegal marijuana growing in California and a handful of other stories.

Some of them are stories I’ve never heard, such as their Burglary in Chicago story, which includes:

The burglar reportedly searched “expensive homes along highways” on Google and landed on the Chicago village of Indian Head Park, after which he used Google Earth and Google Maps to identify which houses would be easiest to break into.

All in all, it’s quite an impressive list!  Go check it out for yourself on the IT World blog.

Over the years we’ve seen Google Earth used to track down crimes a number of times.  It’s been used to track down illegal marijuana growing, track crime in Bangalore, reconstruct crime scenes and even potentially help solve a murder.

The latest story comes from Mississippi, where a man thought he discovered an illegal shooting house in the woods near his home via Google Earth.  When the man and his son went to explore, they discovered a stolen SUV!

There are mixed reports on exactly what happened, but according to LifeChangingTechnology, the SUV was stolen from this very man seven months earlier.

Based on various news reports I’ve found, this is possibly the image in question: 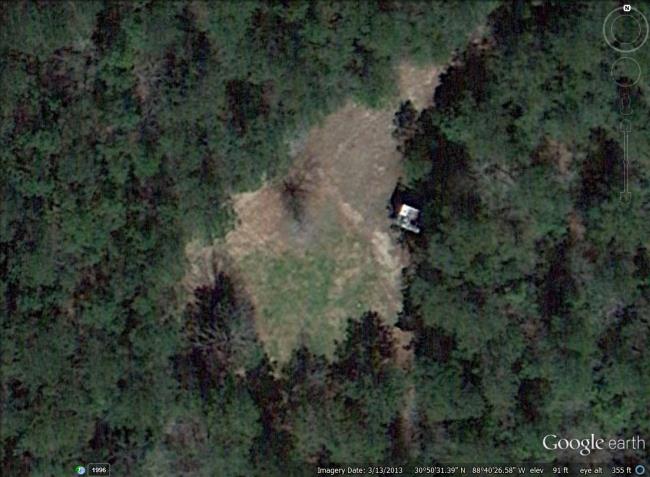 You can explore the area for yourself using this KML file.

I’m not convinced that is the exact location, but it seems reasonably likely.

You can read more in this link on LifeChangingTechnology or in this report from FOX10tv.com.  If you think you’ve found a more likely candidate for the location in Google Earth, please share your thoughts in the comments below.