Last week we had a look at the Mocoa Landslide in Colombia. While doing research on that event, we came across a similar, but much bigger event known as the Armero Tragedy, also in Colombia, but it happened in 1985. Google Earth has yearly global mosaics going back to December 1984 (more about the exact date later) created from Landsat and Sentinel-2 imagery. In this particular location there is also imagery from 1970.

The Armero Tragedy was caused by the eruption of the Nevado del Ruiz volcano in Colombia. The eruption melted glaciers on the volcano, causing multiple landslides and mudslides, which later combined together through a narrow valley and then came out on top of the Colombian town of Armero, killing 20,000 of its almost 29,000 inhabitants. Interestingly, the location of Armero is showing in Google Earth as a town named ‘Armero tragedy’.

Looking through the global mosaics in Google Earth’s historical imagery, we can see the enormous mud flow from the tragedy even in the oldest mosaic dated December 1984. So it would appear the mosaic actually incorporates imagery from multiple years or is incorrectly dated, as the tragedy occurred on November 13, 1985. We obtained original Landsat imagery from the USGS’s Earth Explorer, including an image dated November 17th, 1985, just four days after the event, and another one from March 22nd, 1985 for comparison. 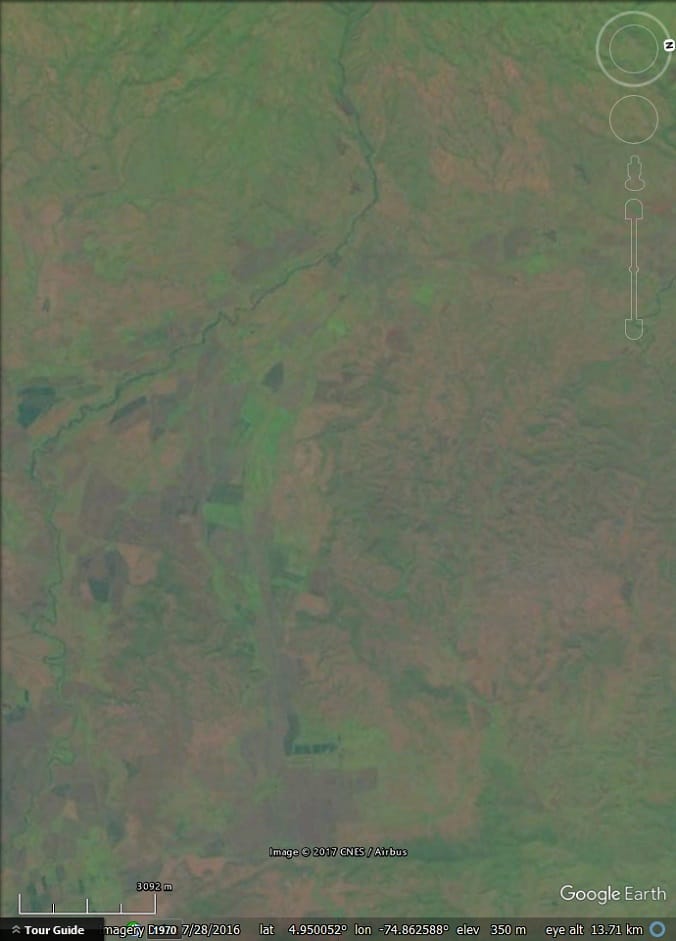 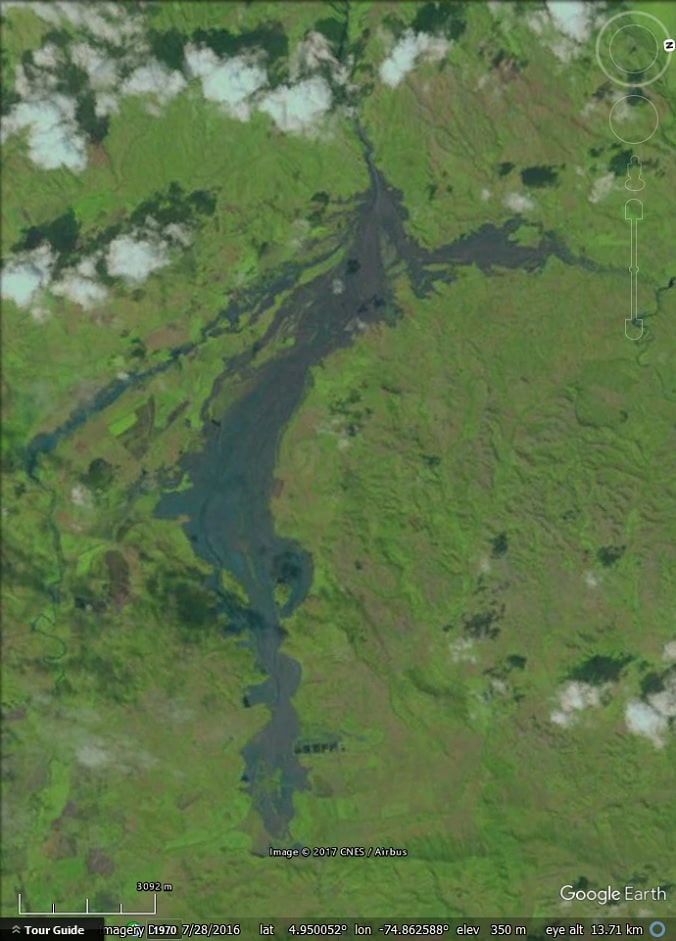 ‘Before and After’ of the Armero Tragedy. 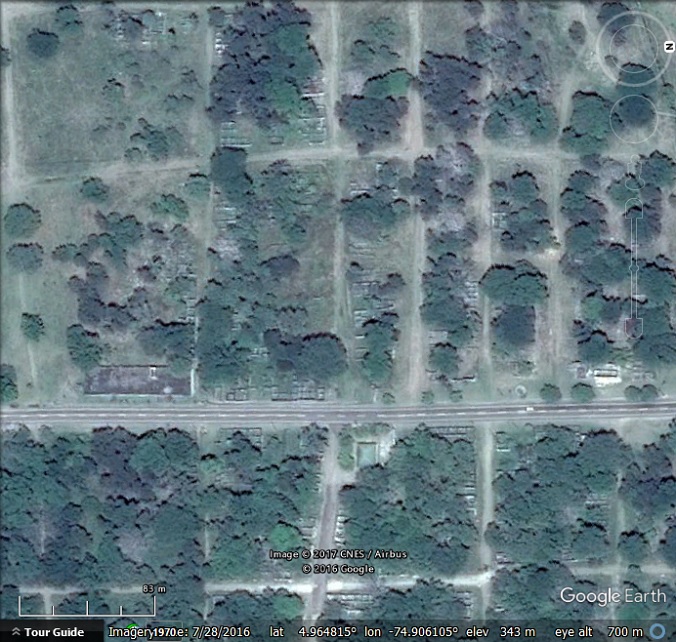 Armero today is just a grid of streets and foundations. 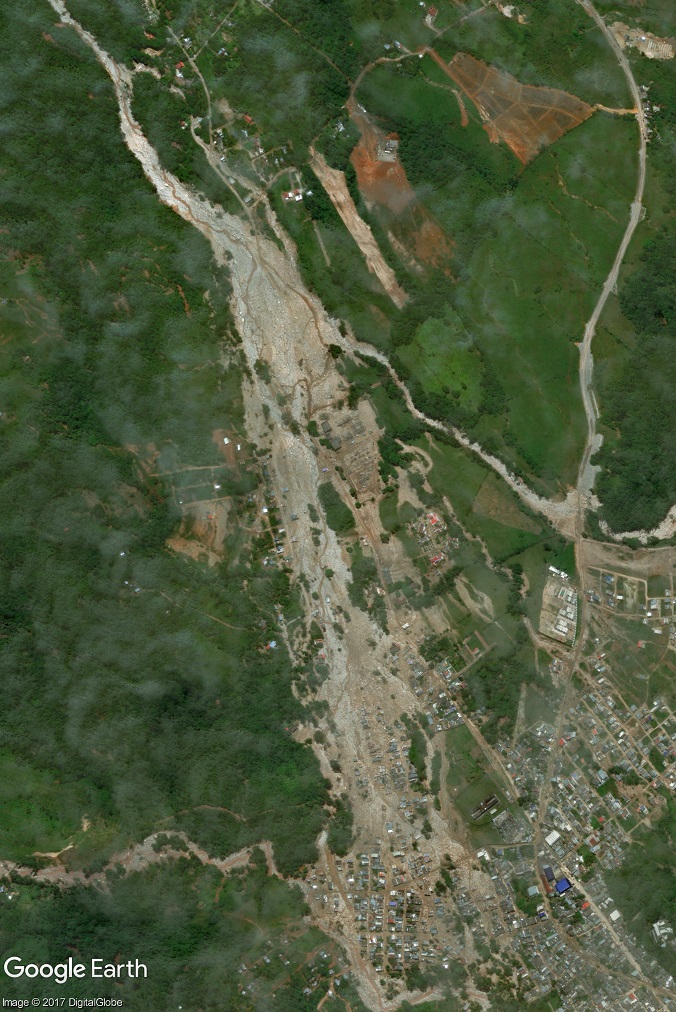 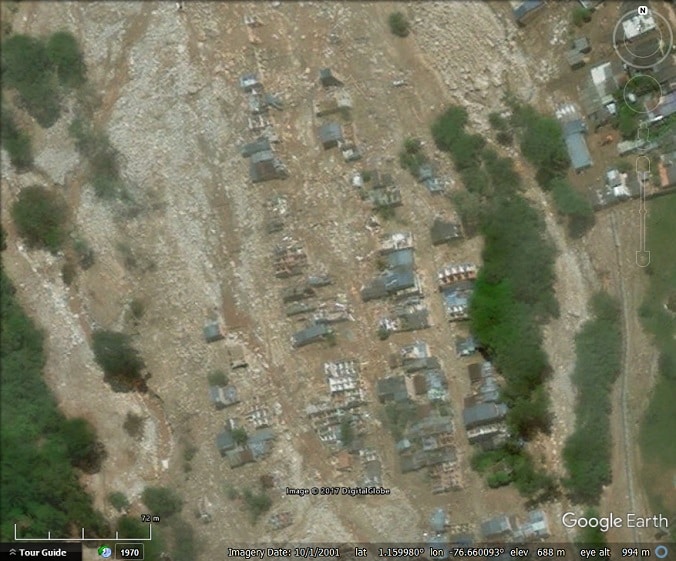