MyReadingMapped has been doing some great work lately.  A few days ago we showed you their collection of plane wrecks in Google Earth and not long before that was a great collection of sunken ships.  Now they’re back with some interesting maps related to climate change, including one titled “The rise, fall, and migration of civilization due to climate change“. 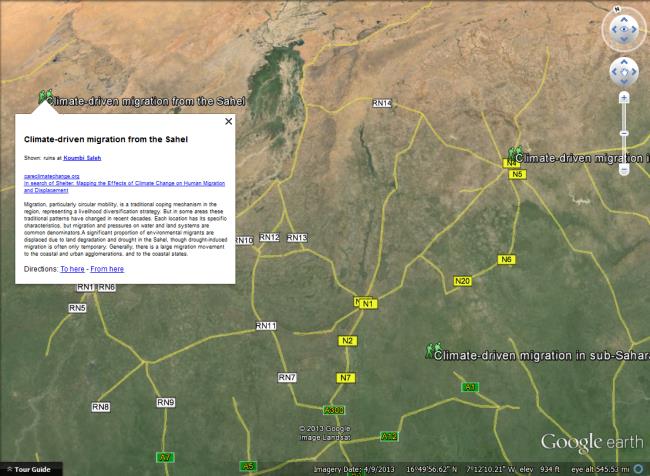 Here is how the new maps came about:

Recently I discovered there is a lot of interest online concerning migration and the collapse civilization due to climate change. Just Google it and see the large volume of articles predicting the short-term future. However, one of the things these articles do not do well is discuss how climate change occurred in the past. Which leave a big opening for the anti-global warming crowd to challenge it. They all to some degree mention specific events but none do so to any great extent. They mainly focus on the future. However, these white papers and articles are less convincing because they don’t emphasize the past enough. So I decided to cover as many as I could find and created a Google Map of The Rise, Fall and Migration of Civilization Due To Climate Change.

After the map start getting some attention, they matched it up with a few other climate-related maps.

An article that is a visual library of each classification.

Beyond that, they created a Carbon Capture Report using the system created by the University of Illinois.  All in all, they’ve compiled a lot of data for these maps and Google Earth/Maps is a fantastic way to show it off.