We had a look at the Sentinel-2 imagery of the region and we can see two tornado tracks across Canton: 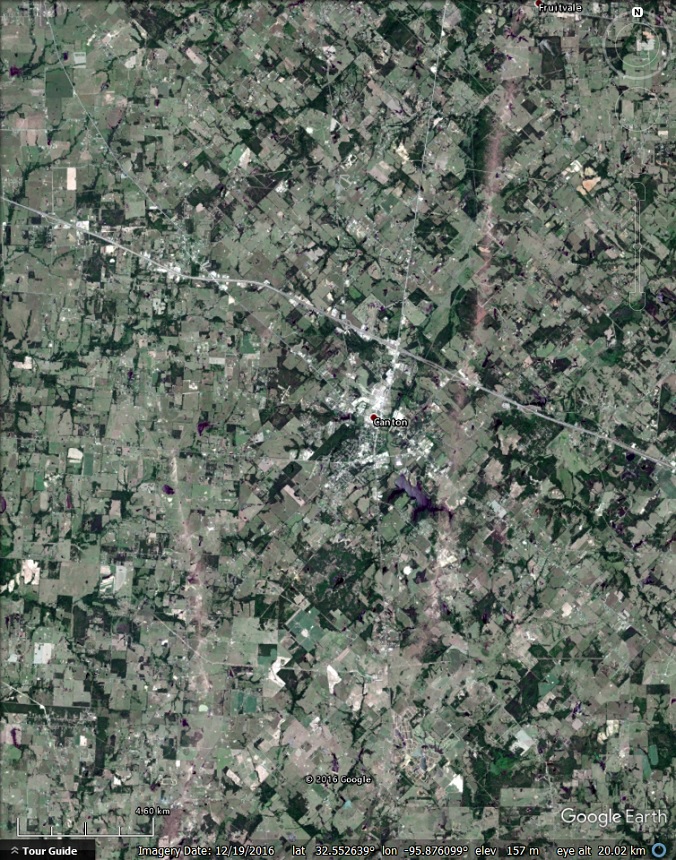 There were tornadoes reported in nearby Eustace and Caney City. We suspect they are reports of the tornado shown on the left below. 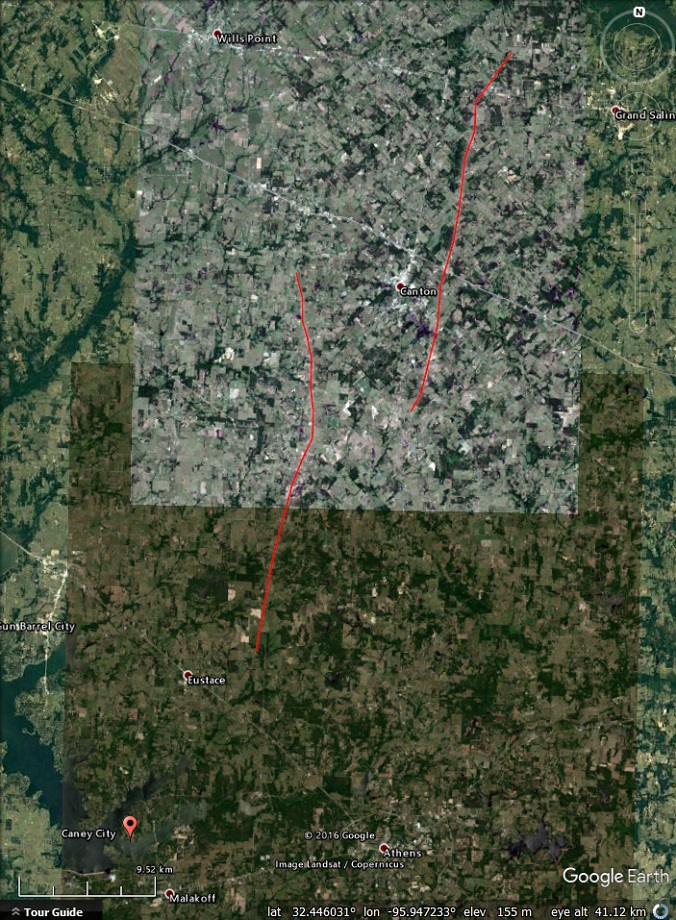 Tornado tracks as far as we could trace them in Sentinel-2 imagery. 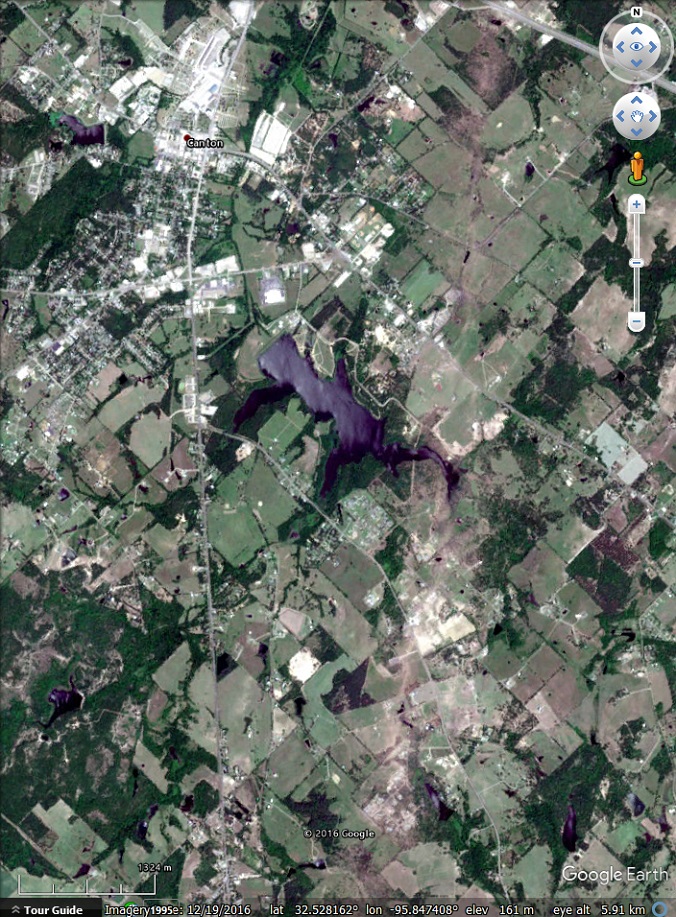 Zooming in on Canton, we can see how the track passed over several residential areas.

A section of the left (western) track shows a relatively straight right edge with curved tails coming off the left edge. We believe we can conclude from the shape that the tornado was rotating clockwise. We do not know which direction it was travelling (north or south). 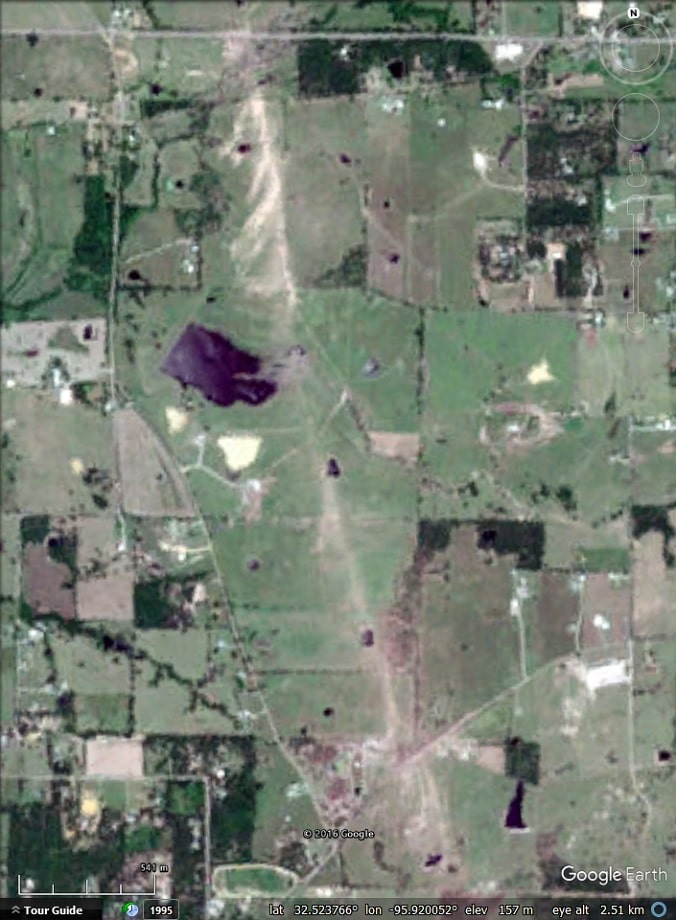 Hopefully, we will see higher resolution DigitalGlobe imagery at a later date.

To see the relevant Sentinel-2 imagery in Google Earth, download this KML file

. We have also included the locations of all US tornadoes of 2017 as listed on Wikipedia. Keep in mind that Wikipedia’s tornado locations are often far from accurate.

There have been a number of other strong tornadoes in May, but the relevant Sentinel-2 imagery is not yet available on AWS.