To see where the wall used to be, there are a number of maps on Google’s Maps Gallery, including this one. As with many of the maps on the Maps Gallery, it does not say who created it, nor does it have any descriptive information, so we cannot vouch for its accuracy. To view it in Google Earth grab this KML file.

Back in 2005, on the 16th anniversary of the fall of the wall, Google Sightseeing did a post about the largest remaining section of the wall. They included a KML to help you find the location, which you can download here

. Back then, there was only low resolution satellite imagery available. Now you can see the location in the new automatically generated 3D, which Berlin recently received, and it is also visible in Street View. 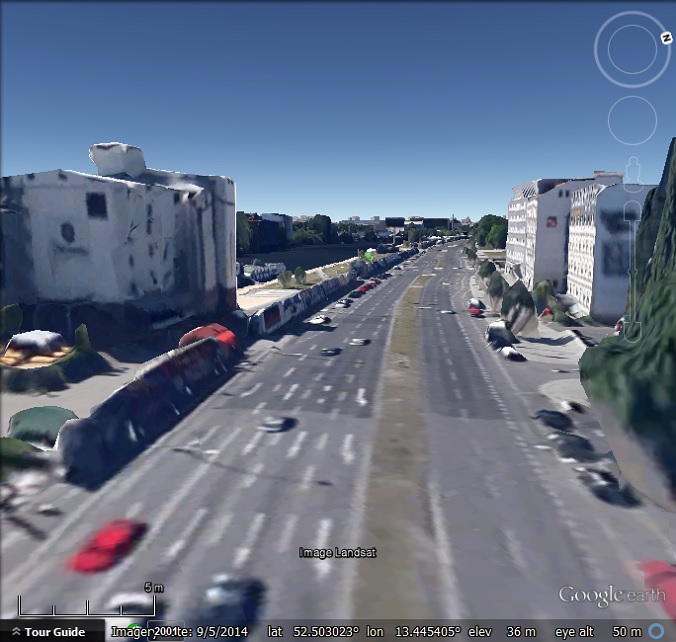 Part of the Berlin Wall in Google Earth. 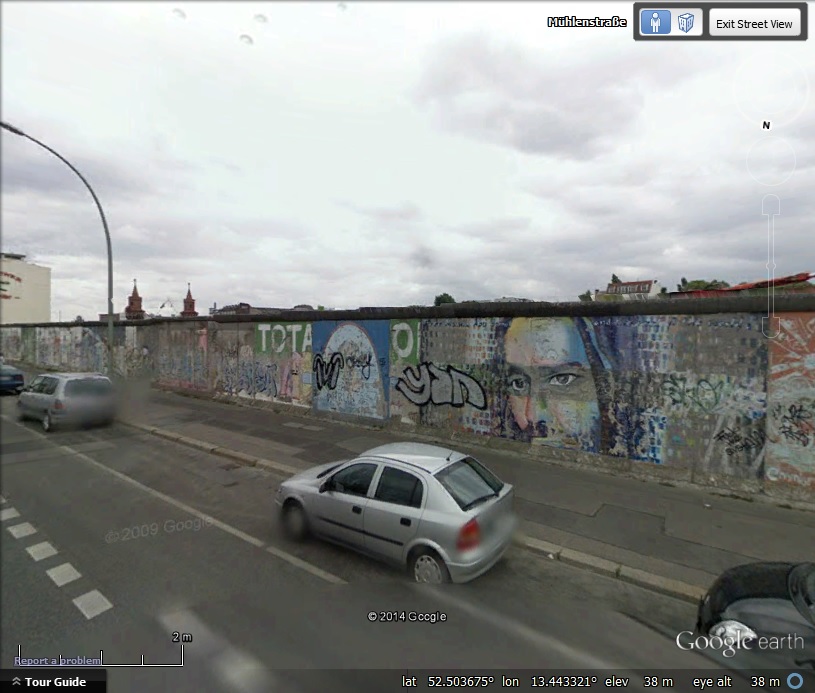 Part of the Berlin Wall in Street View.