While Google Earth offers imagery for the vast majority of the planet, there are a variety of places that are intentionally hidden for security or political reasons. 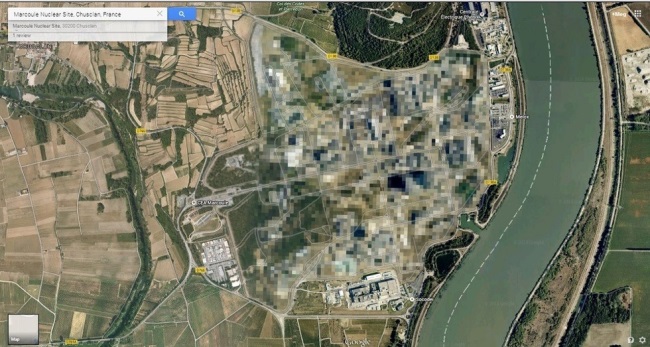 This great article on AtlasObscura.com summarizes many of these hidden areas. They include nuclear plants, air bases, important political facilities and other locations.

Google Earth began blurring or pixelating certain locations upon request. It started with governments. When the site first launched in 2005, images of the White House and the U.S. Capitol Building in Washington, DC were blurred. (They’re not anymore, but the censored version has been replaced with outdated imagery.) Following suit, several countries have official contracts with Google to blur specific sites, among them India and Australia. Meanwhile, somewhat ingeniously, the government of Malaysia went the opposite route and realized that it would reveal its sensitive locations if they were visibly censored, so it chose to leave them unblurred.

The full article digs into more detail about the process and history of hiding imagery in Google Earth, and is well worth reading. Check it out here:
https://www.atlasobscura.com/articles/investigating-censored-spots-on-google-earth