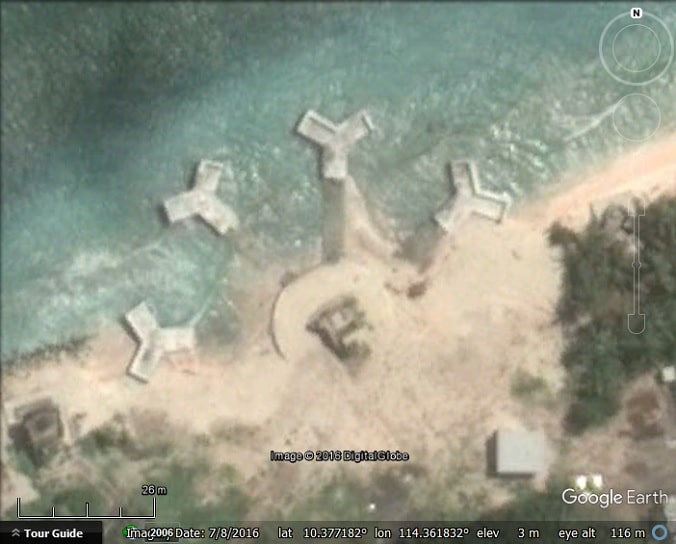 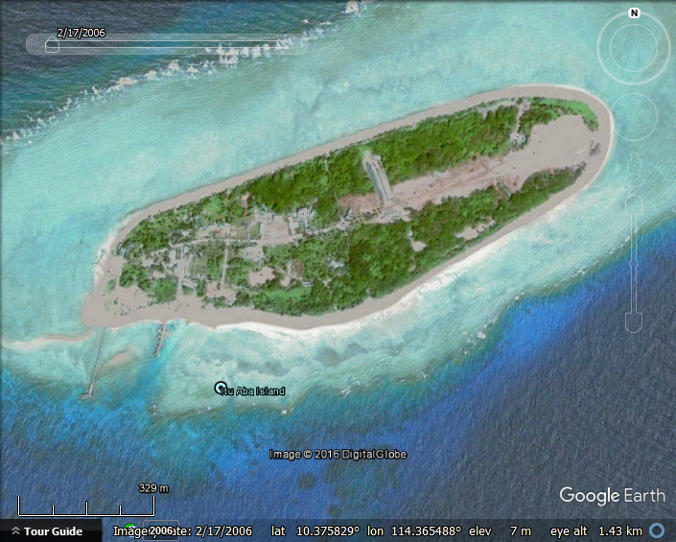 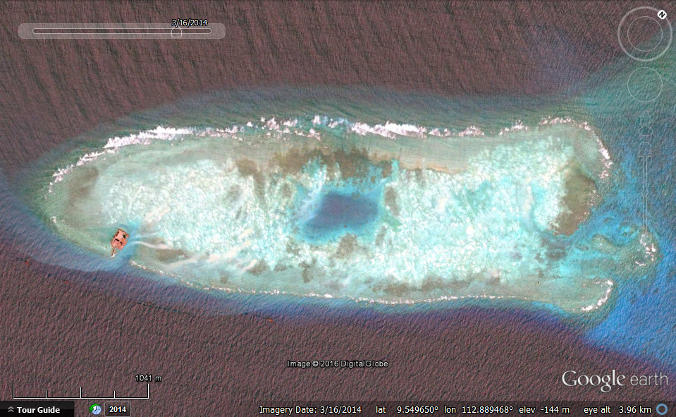 Yesterday we had a look at some artificial islands in the Persian Gulf region. Today we are looking at artificial islands in other parts of the world. We have chosen only islands that have been created or substantially modified within the time span of available Google Earth imagery (typically the last fifteen years or so).

Japan is mountainous and most of the available land on the coasts has been used. As a result, many of its airports are on artificial islands. 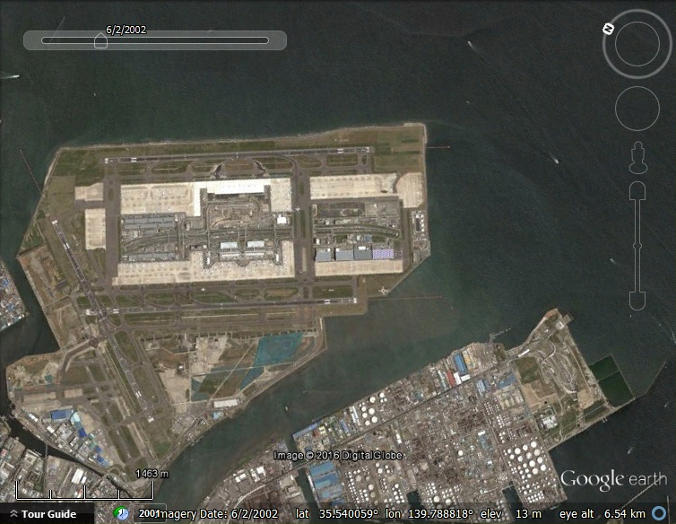 Haneda Airport, Japan, on an island itself, had an extra runway added that is on a new artificial island. 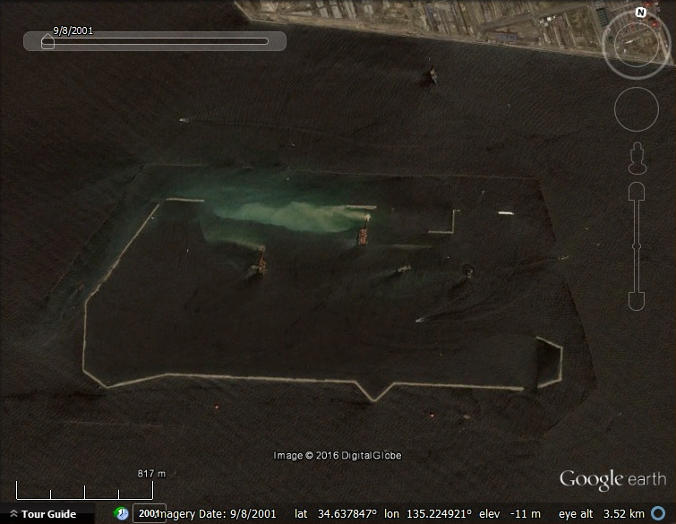 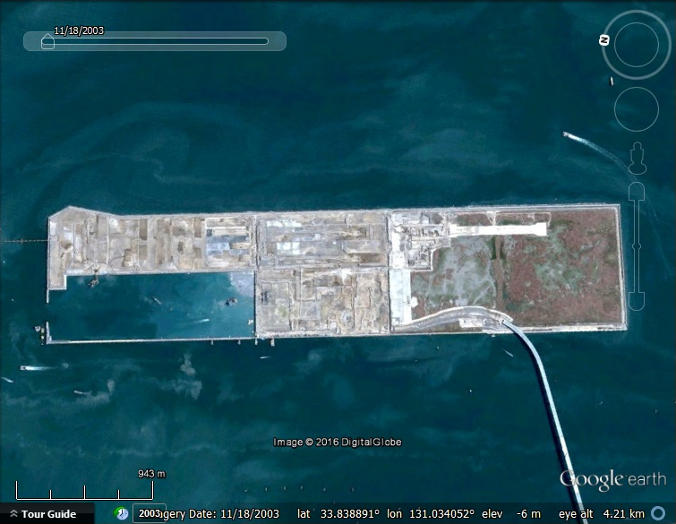 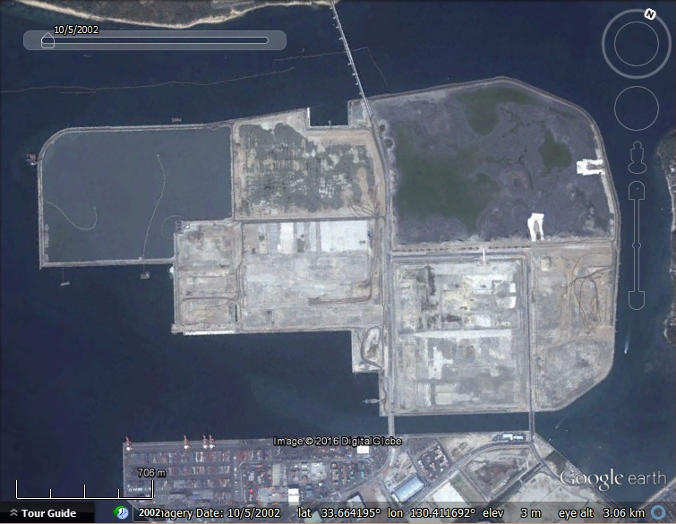 Island City, Fukuoka, Japan. This is the only artificial island in Japan that we are featuring that is not an airport.

The Hong Kong–Zhuhai–Macau Bridge is, as its name suggests, a bridge connecting the three cities of Hong Kong, Zhuhai and Macau. The route consists of several long bridges and an undersea tunnel with artificial islands for the two entrances to the tunnel and a third island at the Zhuhai/Macau end of the bridge. As we have mentioned in the past, when satellite imagery extends into the oceans, Google Earth does not show it in high resolution. Sadly the Hong Kong end of the tunnel is, according to Google Earth, in the ocean and as a result the imagery showing it being constructed is out of focus. 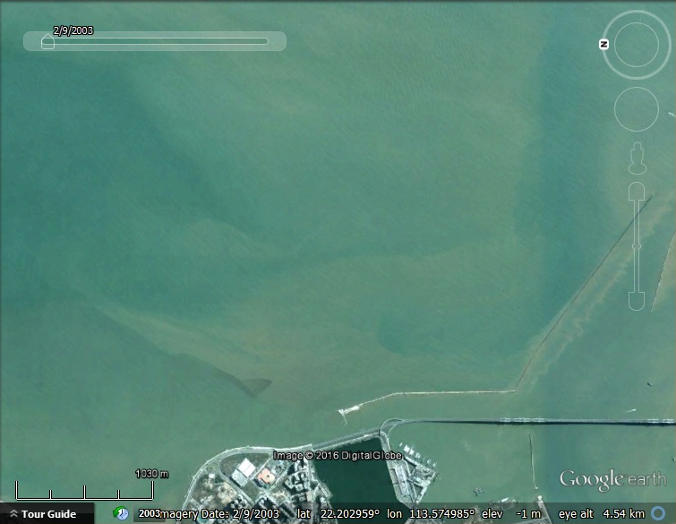 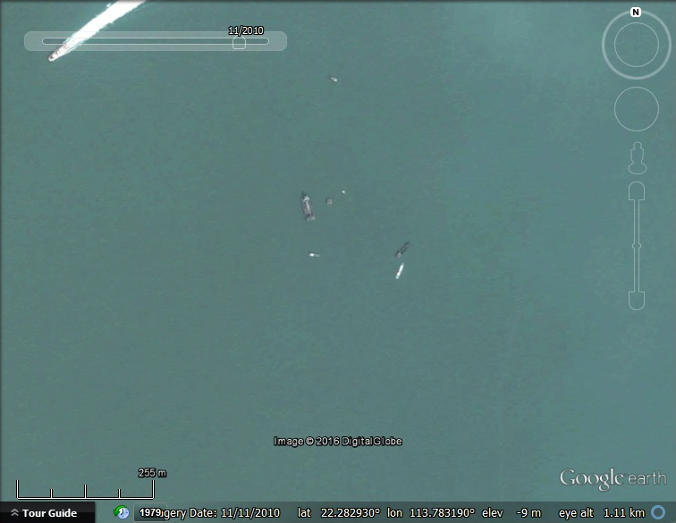 The tunnel entrance in the Zhuhai/Macau direction.

The Maldives are a group of coral atolls in the Indian Ocean. Several of the atolls have been converted into more substantial islands. 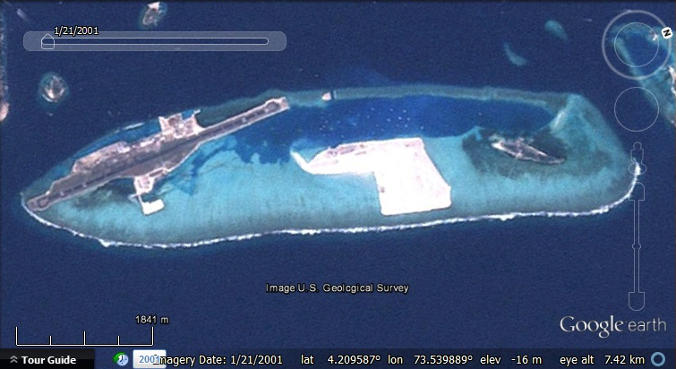 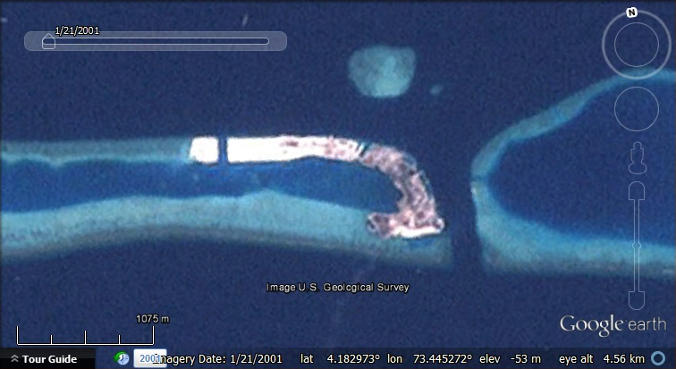 We move on to Malaysia and its first man-made island – Marina Island. 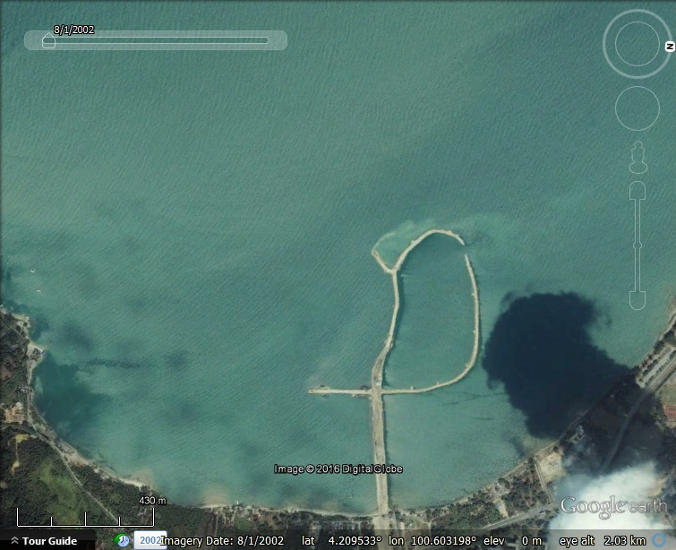 And finally we have Singapore, a small nation with a desperate need for more space. 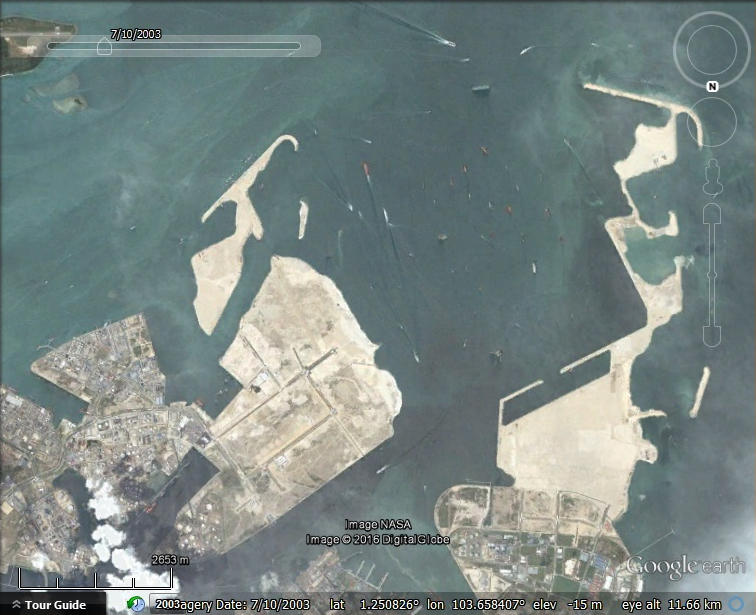 We tried gif animations but the gif format has limited colours so we decided to create jpg animations with JavaScript. If they do not show correctly in your browser, please let us know in the comments.

We start with Bahrain, a small island nation that clearly feels the need to expand: 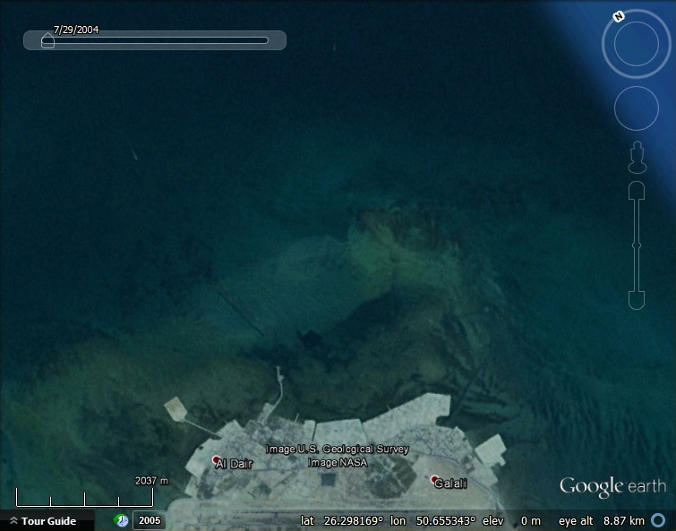 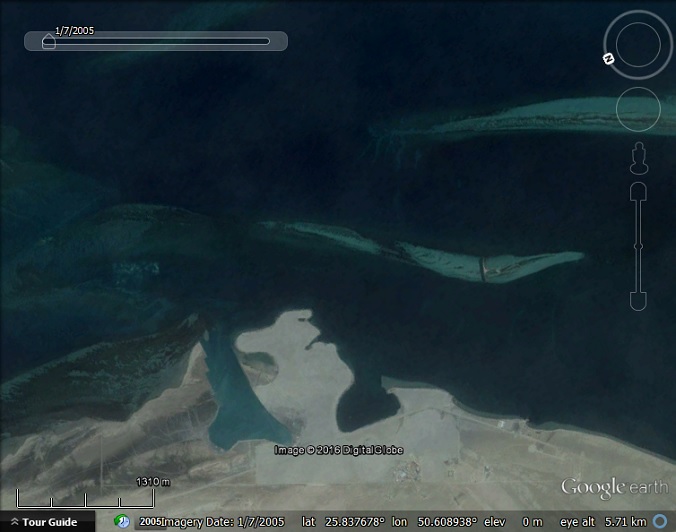 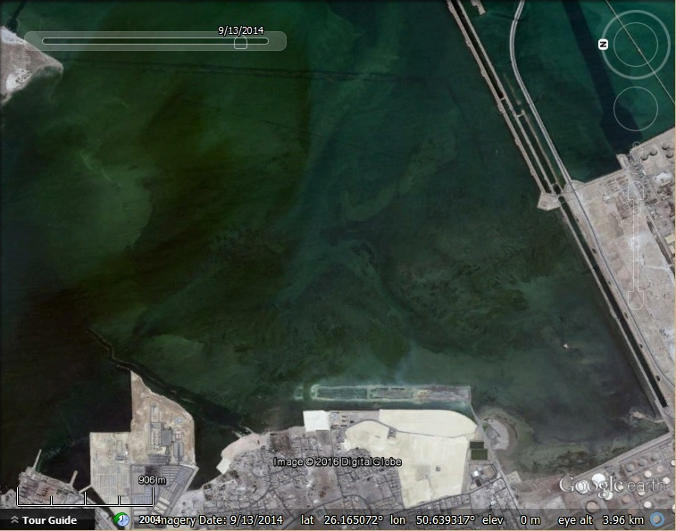 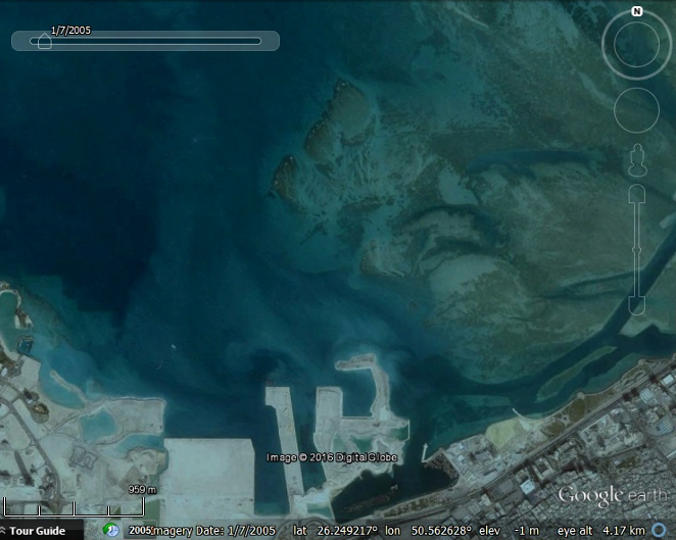 Next is the UAE, which is sprouting islands all along its coast: 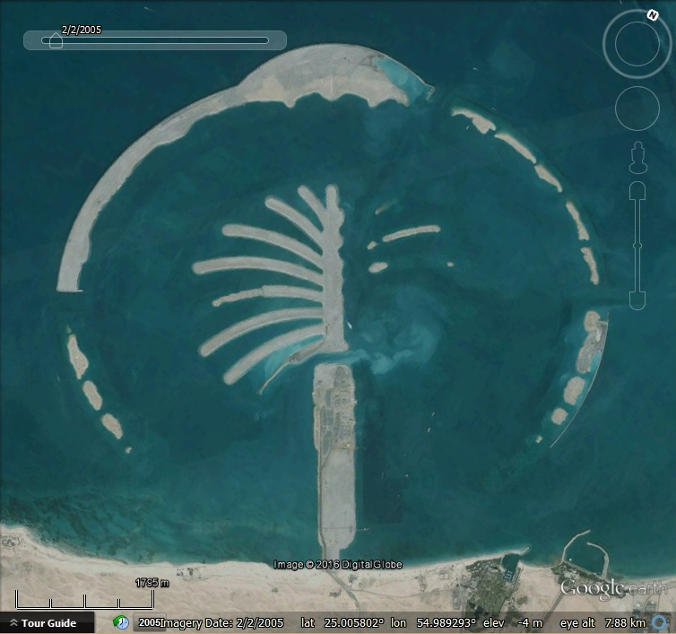 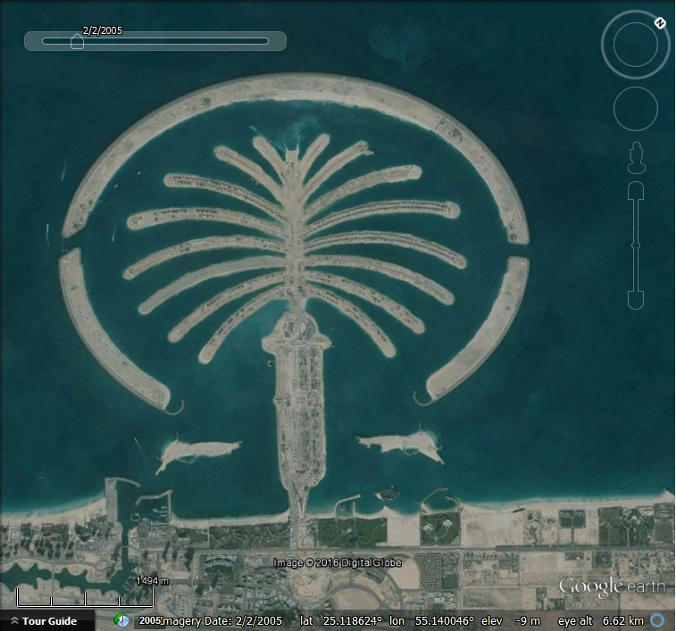 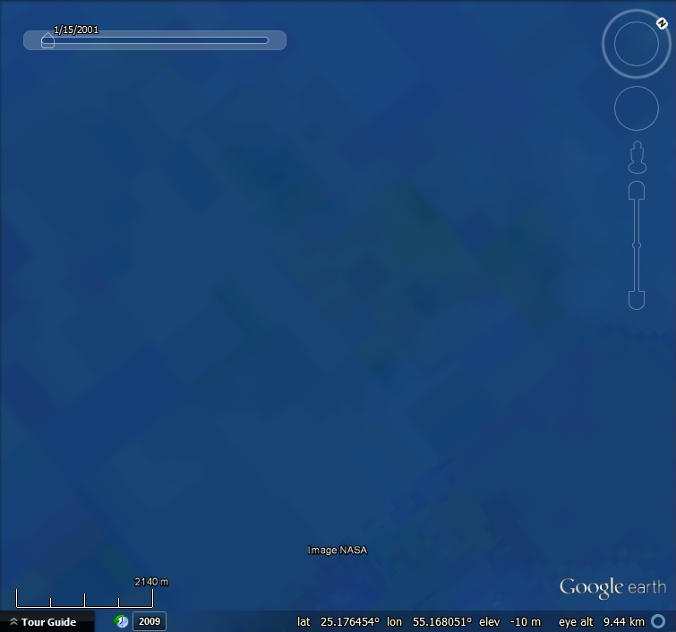 Then we have Qatar whose capital Doha is spreading into the ocean: 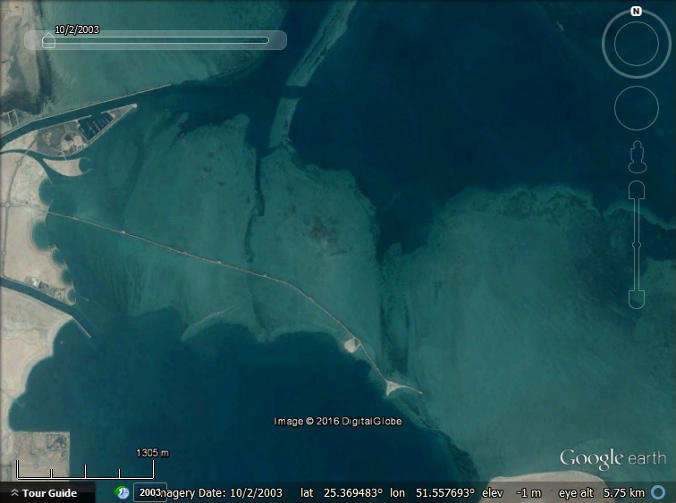 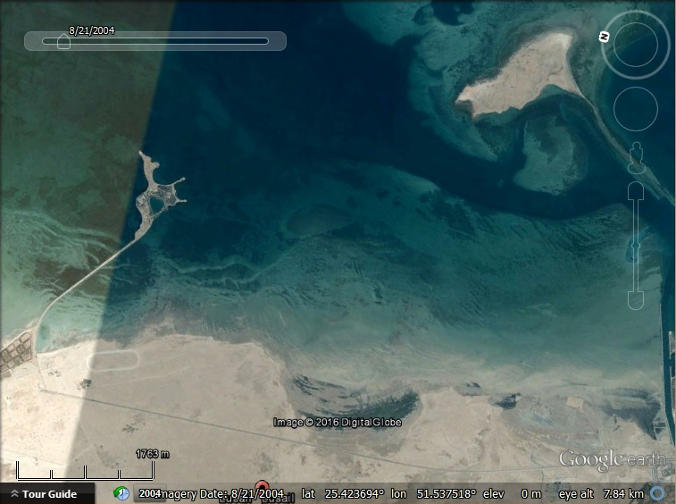 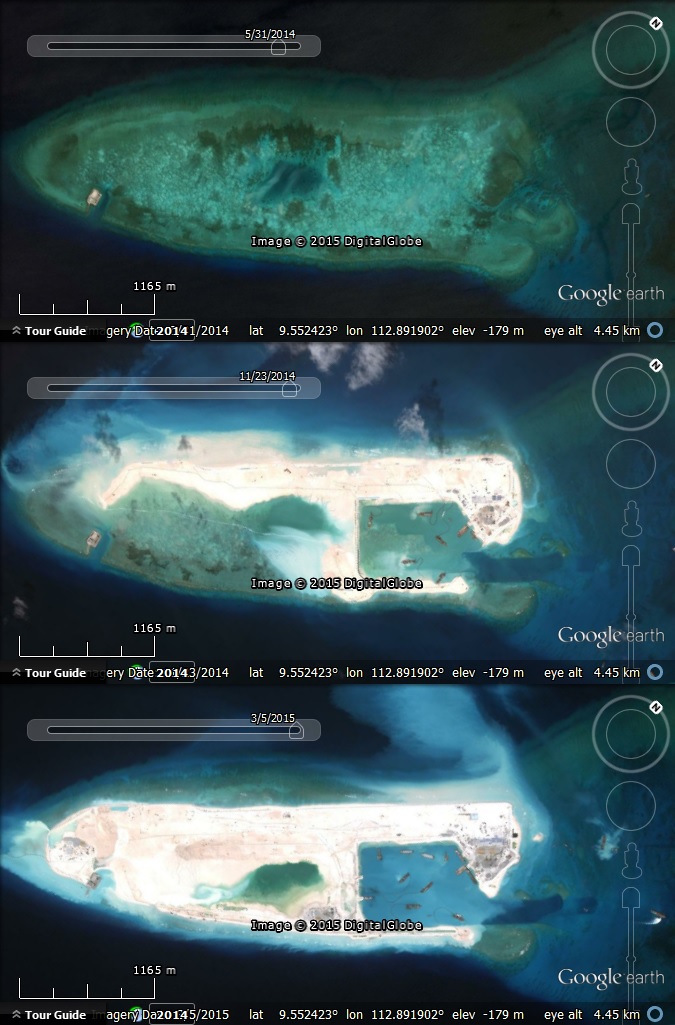 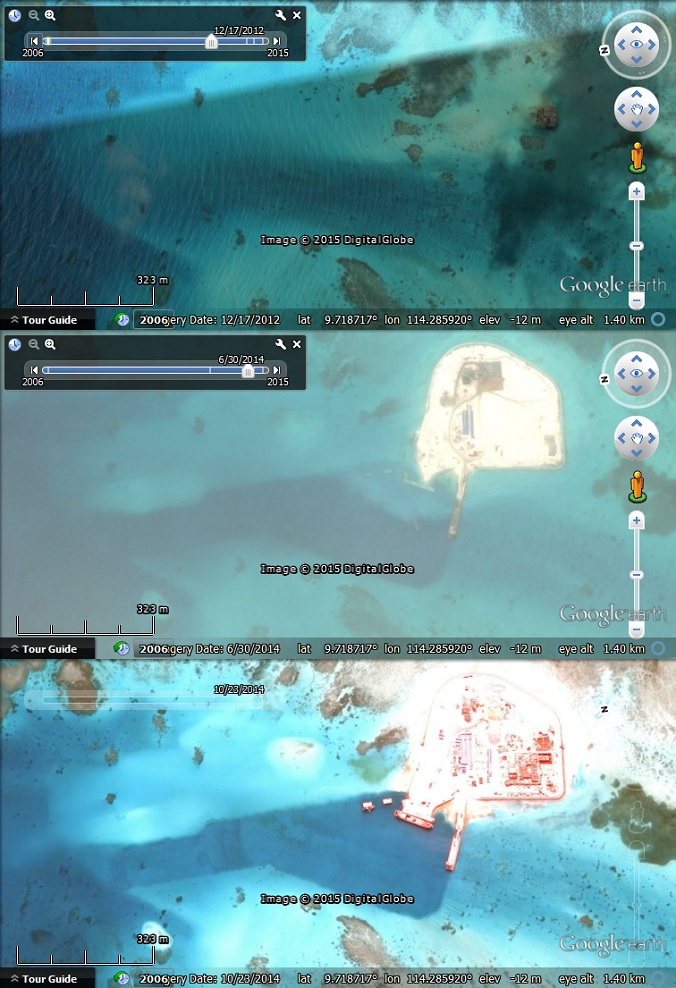 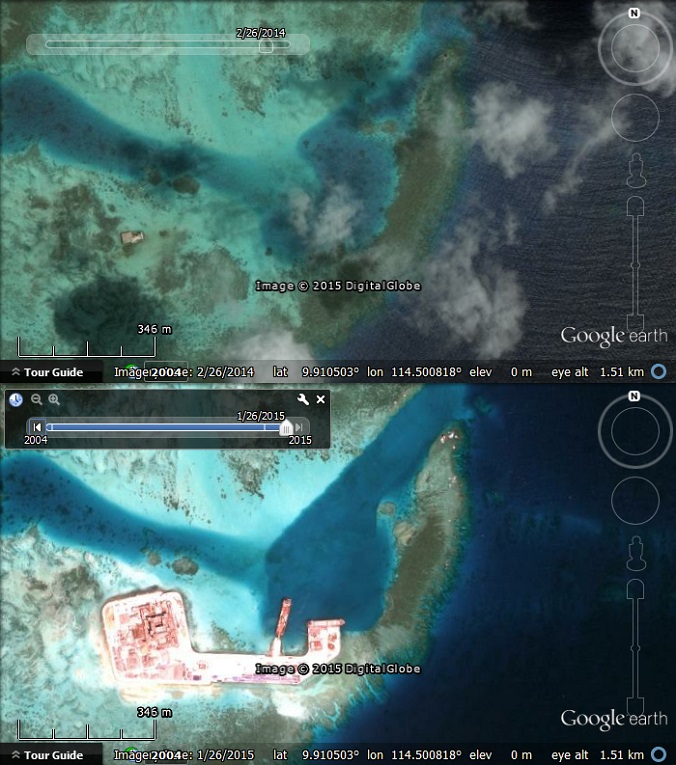 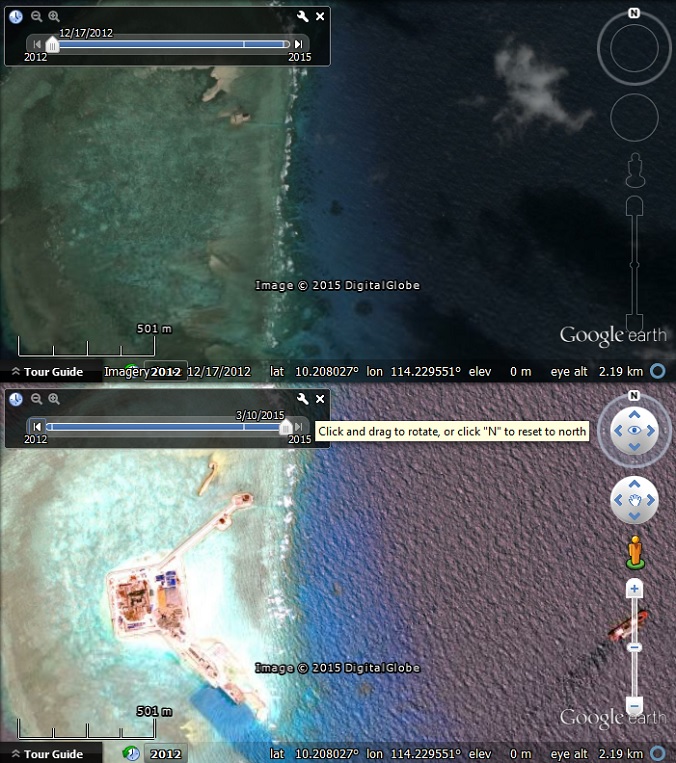 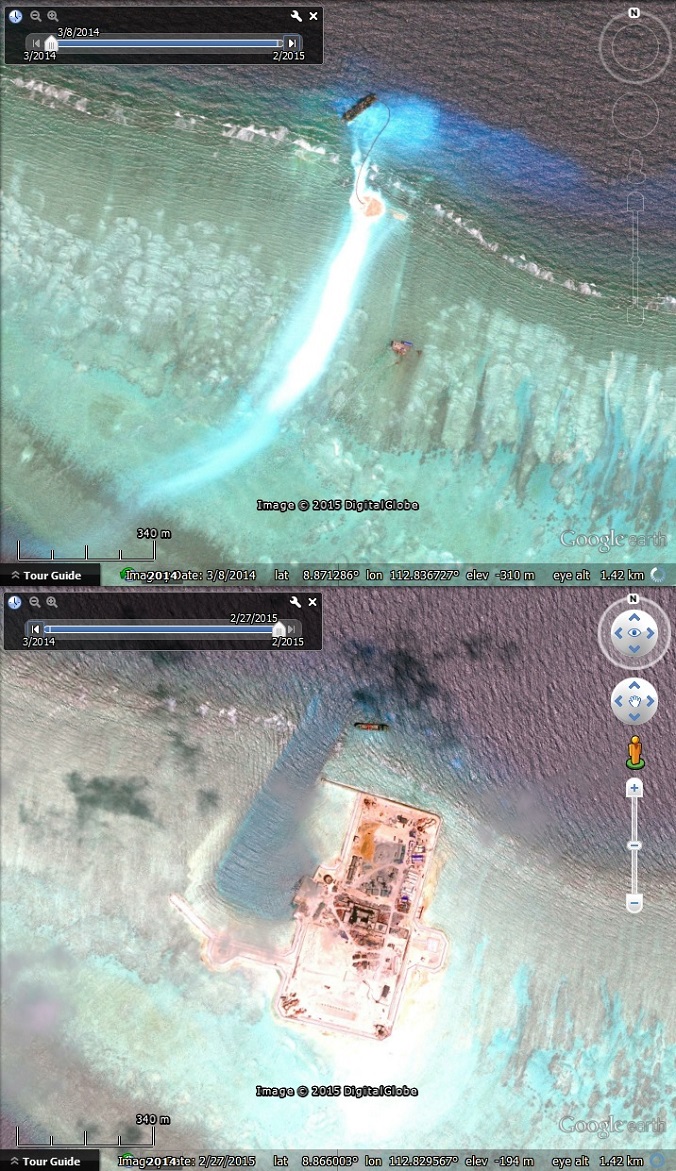 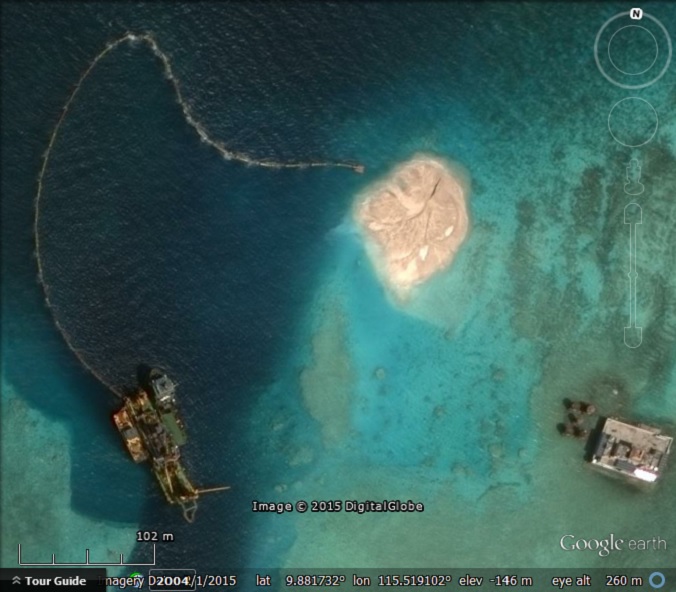