We’ve shown you some neat use of the Google Earth Plugin from EarthvisionZ in the past, such as the ATP World Tour site last November, but their latest site is certainly their best yet.
Fox 31 News in Denver is now running its Home Green-Over Project

, a contest offering $75,000 worth of renewable energy products and services. This contest is especially cool because of the great use of the Google Earth Plug-in on the site, which gives users seven interactive 3D tours of an energy efficient home. 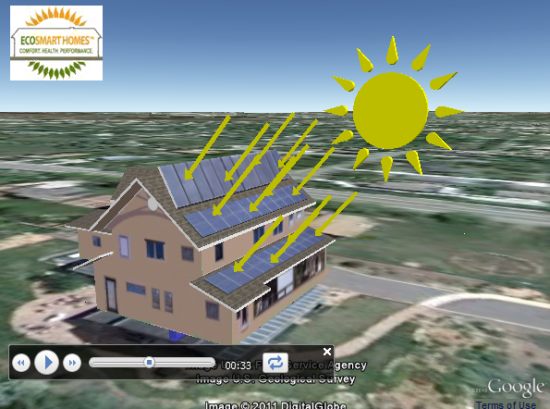 Along with the wide view of the home, many of the tours feature cut-away looks so that you can see the products and services offered inside of the home as well. 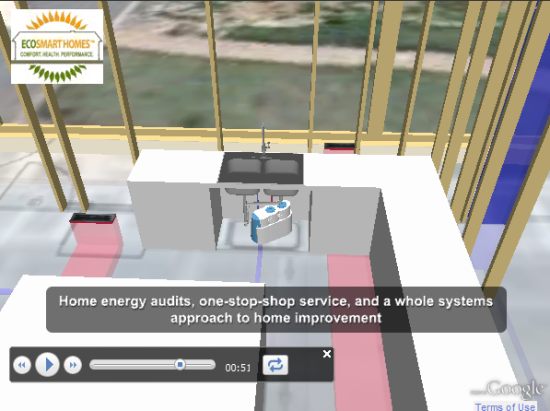 All in all, it’s presented very well and it’s a great way to show off this kind of content. Be sure to go check it out for yourself

. EarthvisionZ will also be launching their new website on Earth Day next week, with a ton of great new features for both visitors and businesses.
Kudos to EarthvisionZ for a job well done.

Growing up in Michigan, I skiied a lot in the winter, but I don’t get out nearly as often now that I’m down in Georgia. For those of you more fortunate, Google put out a reminder that there are a lot of great ways to capture your adventures on the slopes to play back later in Google Earth.
The easiest way is to simply record your track. If you use an Android phone, the “My Tracks” app works great. For iPhone, “MotionX-GPS is a good place to start.
As an example, Google posted this video that shows a bunch of them skiing in Lake Tahoe a few weeks ago. It’s cool to see all of them zipping around on the slopes like that!


Frank did something quite similar back in 2006, posting his tracks from ski trips to Alta and Snowbird.
Of course, winter fun isn’t just limited to recording your ski trips. You can actually browse a few resorts in Street View, thanks to the “Street View snowmobile” that Google put together a few years ago.
If you want to do a bit of virtual skiing, you can try out Ski Earth that we told you about last September.
Lastly, we have a very cool visualization of the Cross Country Skiing World Championships that we recently held in Oslo, Norway. GEB reader ‘Jan’ let us know about a great video that uses the Google Earth Plugin and actually has animated skiers!

Because it uses quite a bit of Javascript to build the animations, it’s not available as a downloadable file. Still, it’s a very cool visualization.
Going skiing soon? Record your track, and share it with us in the comments area below.

Google has made some fun enhancements to the Kodak Theatre in Hollywood, just in time for the Oscar Awards this Sunday. They’ve added the red carpet, a bunch of paparazzi and other decorations for the awards ceremony. 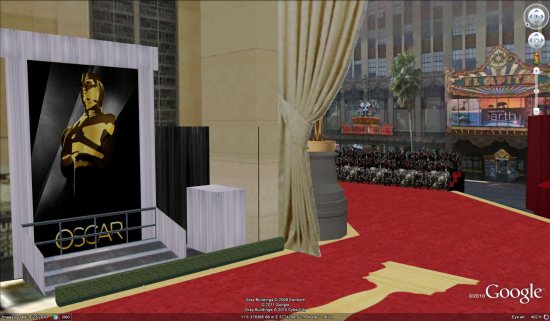 To see it for yourself, you can fly there using this KML file

, or simply watch the video below:

Today is “President’s Day” in the United States, and Google has built a pretty neat site using the Google Earth Plug-in to show off information about all 44 presidents that we’ve had in the US. 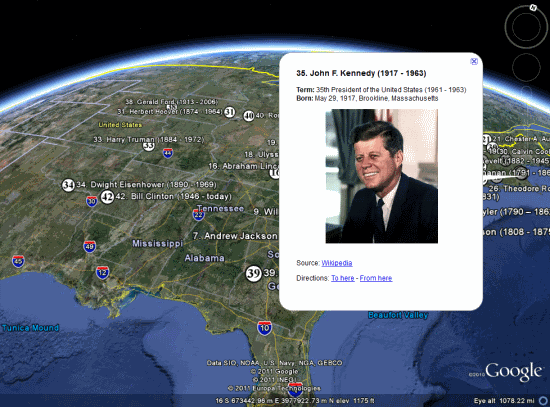 You can view it for yourself in the U.S. Presidents Showcase

page, which uses the Google Earth Plug-in and various tours to show you around. If you’d rather just explore the information on your own, as seen above, you can use this KMZ file

, via Google Earth Hacks)
If you know of other great resources to help educate on President’s Day, please leave a comment below and let us know about them!

When we showed you the “Cycling the Alps” site last year, it was pretty neat. It had information and tours for hundreds of cycling routes in the Alps, and it was very well crafted.
They’ve just taken the site to the next level and it’s quite impressive now! When you click an area on the site, you’re now given as many as 12 options for things to do. Along with the standard “route” and “tour”, there are options to play games, explore in 3D in sort of a first-person shooter style as well as a few other goodies. 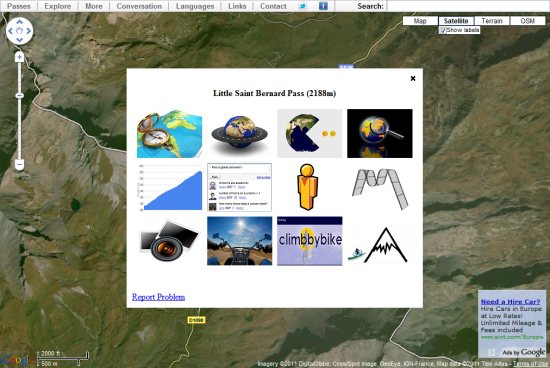 While you could start at their home page and choose a route, I’d advise you to start with the “Little Saint Bernard Pass“, as it features all of the available options.
Clicking the “Pac-Man Earth” icon will let you ride a bike on that path, with the code heavily borrowed from the popular “Monster Milktruck” demo. It’s certainly a fun way to try it route. Simply use your arrow keys to move around.
Clicking the “Earth with magnifying glass” icon you’ll get the “Explore in 3D” version of the map. Use the [A], [W], [S] and [D] keys to move around, and the arrow keys to change your view. You can use the [Page Up] and [Page Down] keys to fly in the air. If you explore “Grosse Scheidegg” you’ll even find a little GEB marker! 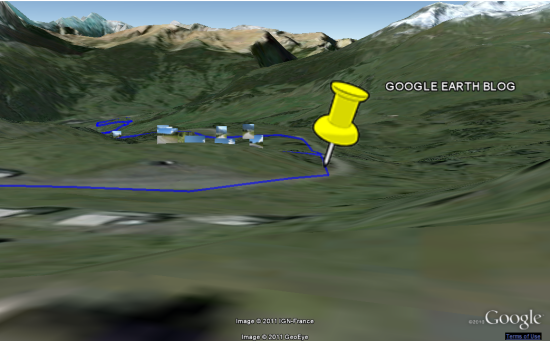 A few of the options, including the 3D Tours and the Profiles can now be embedded into your own website, and they’ve created a version of the site specifically for the Chrome web store, though I’m not sure it offers any major advantages.
All in all, they’ve made some very impressive improvements to the site, and they’re doing all they can to help you fully experience the Alps from the comfort of your home.