Earlier this year we showed you the WiNPT, a visualization that used Google Earth terrain data to help plan wireless networks.

WiNPT has rebraned to become EngineMaps and has released a new visualization for point-to-point radio planning: the Fresnel Zones for Radio Links. 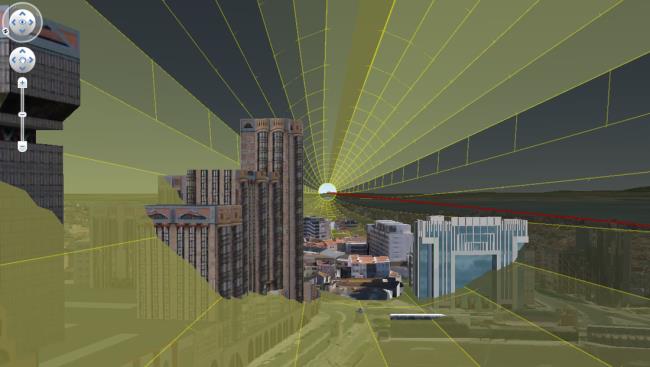 As explained by the folks at EngineMaps:

The Fresnel Zones are 3D polygons which should not be obstructed by anything. With this solution, the wireless communications operators can easily check the existence of obstacles, like buildings and terrain elevation inside the zones and analyze which frequency achieves a better signal strength without obstacles losses. The Fresnel Zones are created by EngineMaps considering the positions and distance between antennas, the mast heights, and the signal frequency.

Looking at the above image, the red line represents the direct signal link between antennas, and the 3D yellow model represents the Fresnel Zone. As an example, the image shows obstacles due the existence of buildings.

You can view an example of the 3D model in Google Earth by using this KMZ file.

You can learn more about EngineMaps on their website, their Facebook page, or on their Google+ page.

The people that brought us 3DLocationEarth a few years ago are back with a great new project called 3DKonut. They’ve created the models on the site to show off a variety of construction projects in Turkey, many of which are then linked up on the construction companies own website such as the icon you’ll find on MesaKartall.com.

As you can see from the images below, the models are amazing and very highly detailed.

Check it out for yourself at 3DKonut.com.  The site is in Turkish, but you should be able to click around enough to explore what they have to offer.

All told they’ve created more than 8000 models that can be found in the 3D Warehouse.  While those models won’t be natively used in Google Earth as much in the future, custom uses of the Google Earth Plugin like this will continue to be a great way to show off their excellent work.

Michele Argiolas at Valuegis has been putting together some great visualizations of housing prices in Honolulu, using vibrant colors and a variety of datasets.  The result is awesome images like the one seen here: 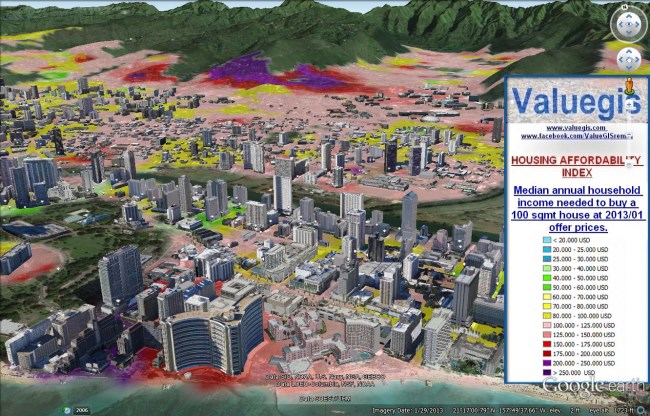 The chart shows the median household available income to purchase a 100 sq meter house at current prices, using a variety of data sources.  You can try it yourself by downloading this KMZ file.

You can read a bit more about their Honolulu map on their Facebook Page.

They’ve also done some other great work regarding market offer prices and Capitalization Rate spatial distribution in Italy and Spain.  Their use of bright colors makes the visualizations easy to understand, and the raw KMZ files for each makes them easy to download and use.

Here is a Meograph that takes advantage of some of the newest features:

You can try it out for yourself at Meograph.com. Have you created any cool stories on their site? Share your links to them in the comments below.

Here in the United States, we’re very fortunate that the inability to find water to drink is an extremely rare event for any of our citizens.  Because of the abundance of water in most areas, we can use it for much more than drinking and irrigation. In fact, there is so much water that we use more of it to help with thermoelectric power production than we do for agricultural irrigation.

To help operators find additional sources of water for coal-fired power plants, the Office of Fossil Energy (in coordination with various other groups) has put together the Alternative Water Source Information System, a powerful Google Earth-powered app to help find water sources near power plants. 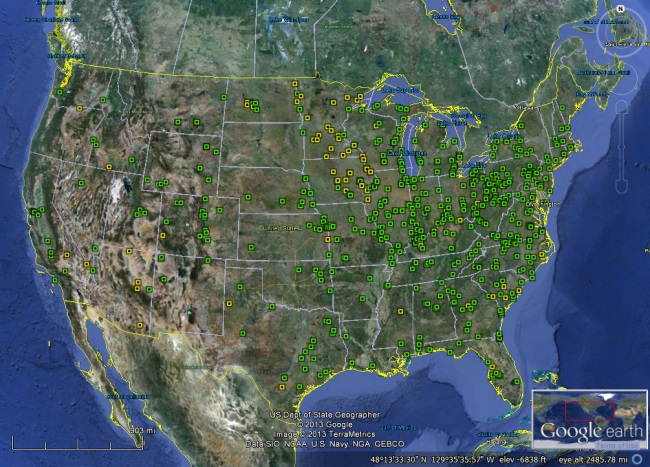 In addition to the map itself, there are some search features on the left to help narrow down your area of need.  The data is fairly simple, but their use of Google Earth helps to present it in a excellent manner.  The application was created and hosted by Tulsa-based ALL Consulting LLC, who focus on “energy, water management, earth science, planning, engineering and technology”.

(via The Daily Fusion)