Here’s an interesting use of Google Earth, that could apply to virtually any business with a variety of locations. Nik Freeman wanted to find a way to display the density of Waffle House restaurant locations across the United States, so he put together a visual display of them. He had intended to simply use it as a way to play with 3D in Google Earth, but the big spike in Atlanta was interesting enough that he wanted to share the image. 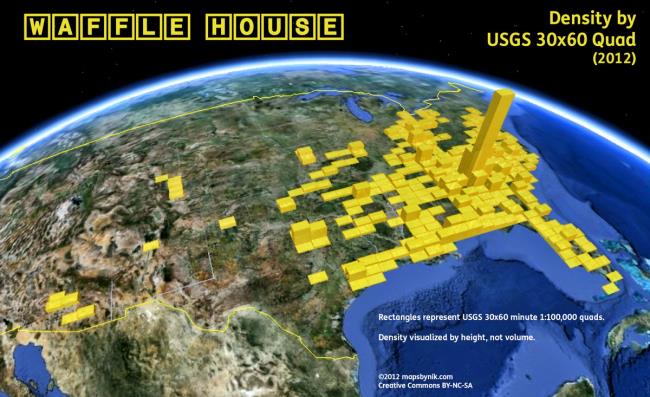 Some of Nik’s notes on the “quads” that display the data:

It’s a great way to show this kind of data. You can read more over on his “Maps by Nik blog“.

I’ll be speaking today (with Ali Green, my partner at GreenMellen) at the monthly Georgia URISA (Urban and Regional Information Systems Association) meeting here in Atlanta at lunchtime today. We’ll be discussing how to use WordPress with GIS, which is a great topic since this blog (as well as Frank’s Tahina Expedition are powered by WordPress.

Slides from the presentation can be found on the GreenMellen blog.

Do you use WordPress? What kind of fun GIS plugins do you use? 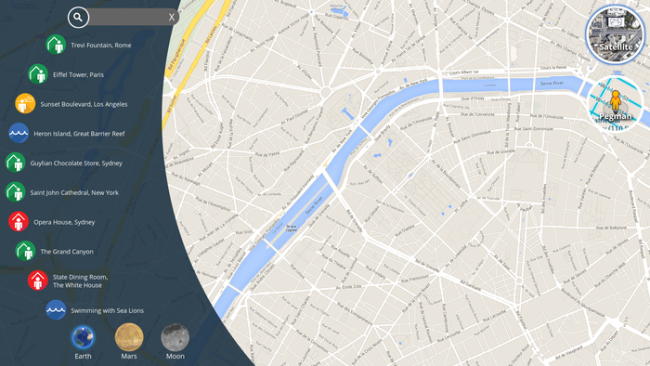 We’ve seen a handful of “virtual” cities and countries over the years, such as Virtual Alabama and Virtual Kenya. The platforms give users access to a wide array of information about the area and can be quite useful.

Recently at an archaeological seminar held at the University of Bern, the Virtual Cilicia Project was launched to help gain insight into this historic area. 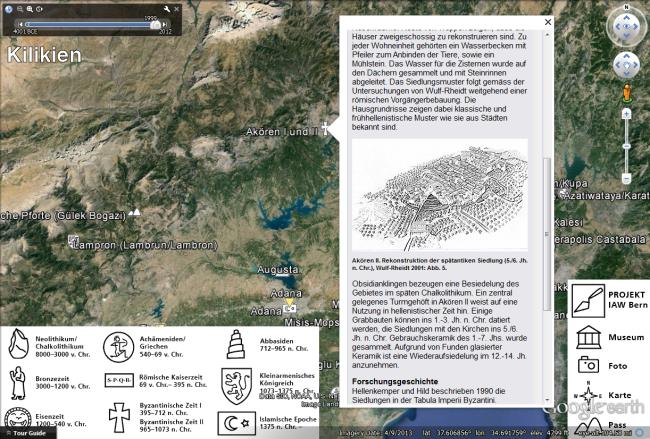 As with similar programs we’ve seen in the past, this gives great insight into the history and provides access to field research projects from the university.

and open it in Google Earth. Use the various checkboxes on the left side of your screen to enable and disable various features as you browse around.

For more, check out the full post about the project here. Note that the page is in German, but your browser can likely translate it fairly well.

We continue to receive many emails each week asking how to correct map errors in Google Earth (address in the wrong location, point of interest is missing, etc), so I thought it’d be worth revisiting that.

To start, you don’t actually fix the errors in Google Earth; you fix them in Google Maps, and those corrections are synced into Google Earth over the course of a few weeks.  The process has changed slightly in the new Google Maps, so here’s how it works.

To suggest a correction, click on the small question mark in the lower right corner of the screen inside of Google Maps and choose “Report a data problem”. 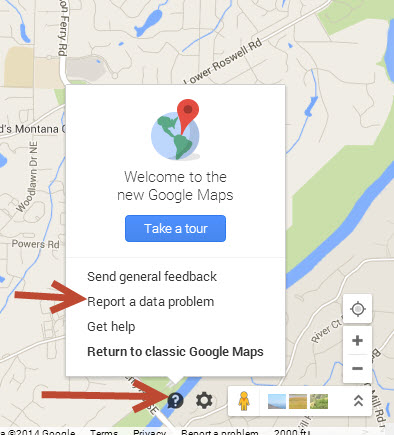 Next, click on the map to show Google the exact location with the problem.

I’ve suggested quite a few edits to my local area, and all have been accepted into Google Earth/Maps and helped make my town more accurate. I’ve updated street names, new roads, closed restaurants, etc.  I’m a heavy user of the GPS navigation features on Google Maps for my Android phone, so having an accurate map is very important.

The “report a problem” feature is a great tool to help make Google products more accurate for everyone. To learn more about how this process works, you can visit this page in the Google Maps support system.