Thank you to GEB reader James for sending us this amazing find. If you go to this location in Google Maps / Mars, you will find an image of a secret Mars Base: 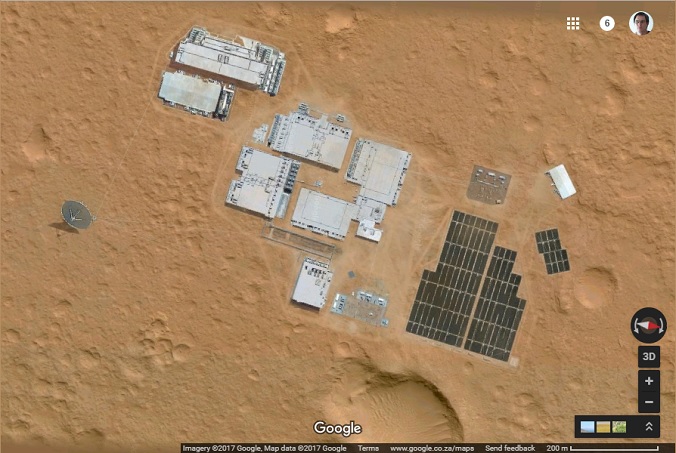 After doing some research, we discovered that it is actually a Google Data Centre being built in anticipation of future Mars settlement.

So is it real? Well given that Google posted about it on March 31st, just before April Fool’s day, we think not.

We have previously looked at how to get HiRISE imagery into Google Mars. So we decided to try and find out which image Google used. We are fairly sure it is a section of HiRISE image ESP_037117_1755 captured on 27 June 2014. Unfortunately, Google has only included the colour portion of the image in Google Maps and Curiosity is just off the edge. However, if you know where to look, you can see Curiosity’s tracks going across the image. 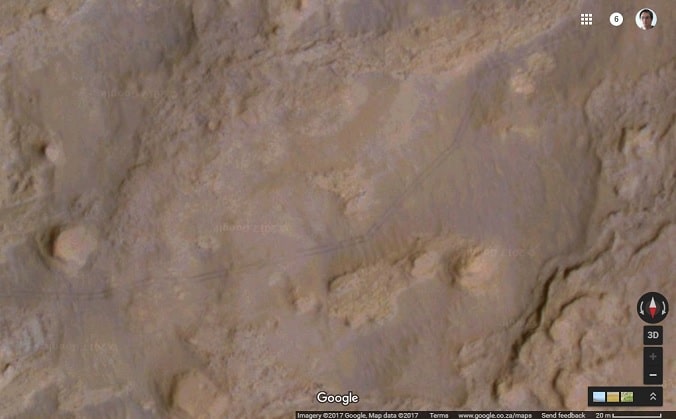 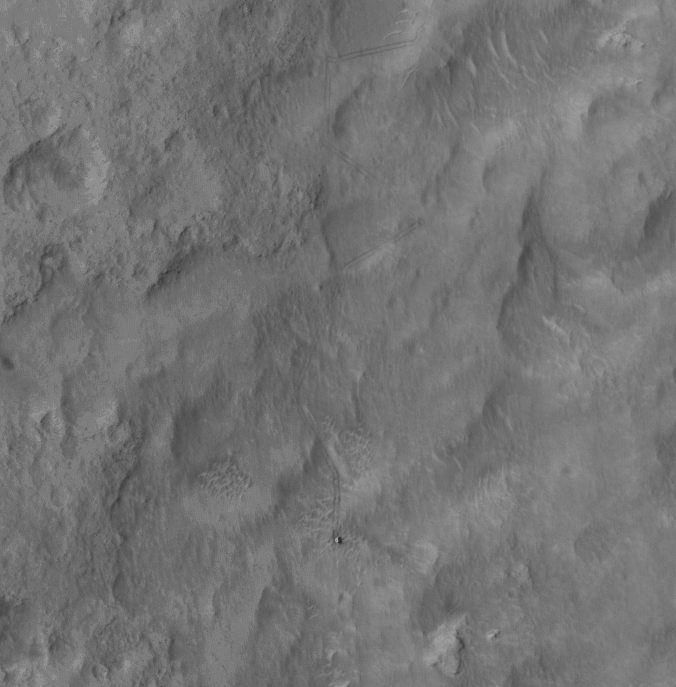 Curiosity as seen in the original image (not included in Google Maps).

If you want to explore the imagery more in Google Mars, download this KML file

. We have included a screen shot from Google Maps of the Secret Mars Base, a low resolution version of the original HiRISE image, and a higher resolution version of the relevant area.
We have also marked the location of Curiosity at the time, and if you turn on the Google Mars layer: Mars Gallery->Rovers and Landers->MSL Curiosity Rover (USA)->Traverse Path, then it will help you trace the rover’s tracks in the higher resolution image. We have done our best to line up the imagery with the track. Turn off Mars Gallery->Rovers and Landers->MSL Curiosity Rover (USA)->Gale crater landing site as it adds imagery which will obscure the images in the KML file.

For a number of other posts where we managed to track down almost all the residents of Mars see here.