This is the third in our series on calibration targets. Note that such targets are used for both satellite imagery as well as imagery captured from aircraft. Today we are looking at some calibration targets in China and other interesting sites found in the same region.

Thank you to GEB reader Kengrok for pointing us to this site showing a variety of patterns: 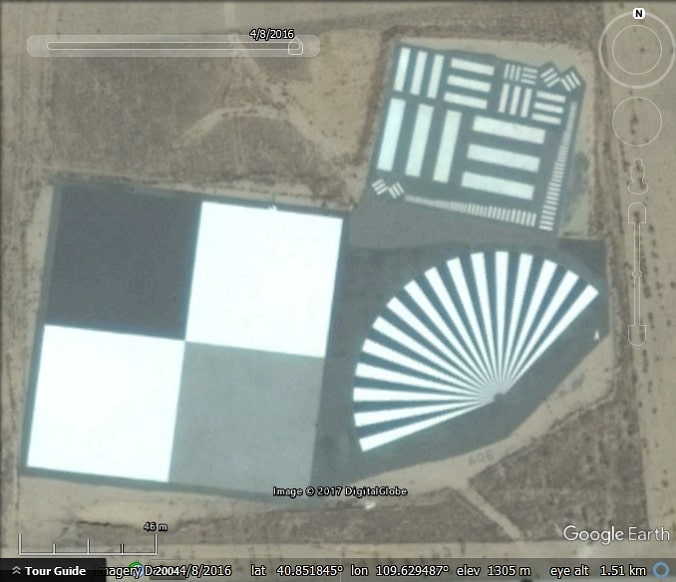 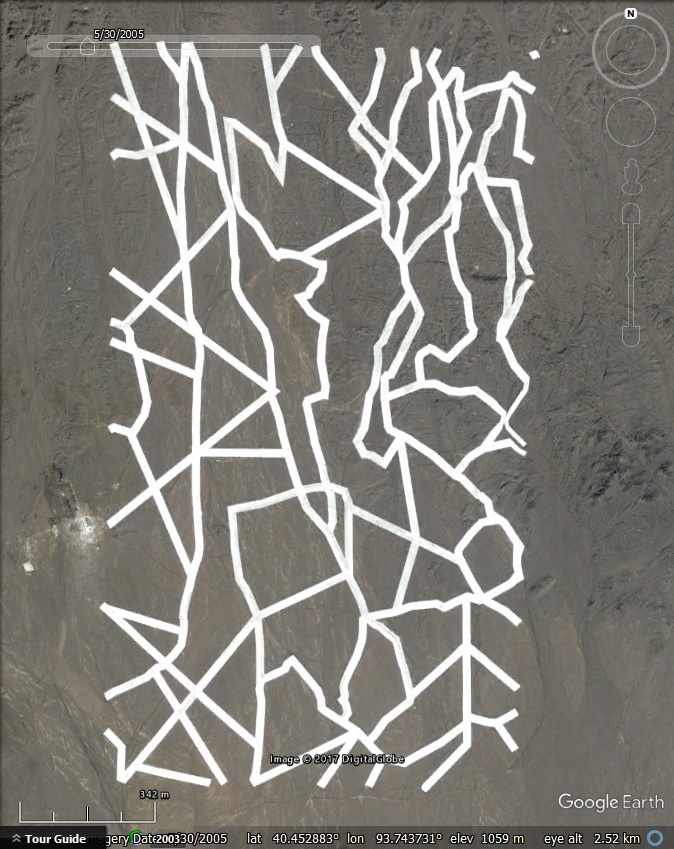 Nearby is another similar shape, next to a large square. Plain squares are actually quite common for satellite calibration targets, but this particular square probably serves some other purpose as it is not an exact square and is much larger than is typically used. 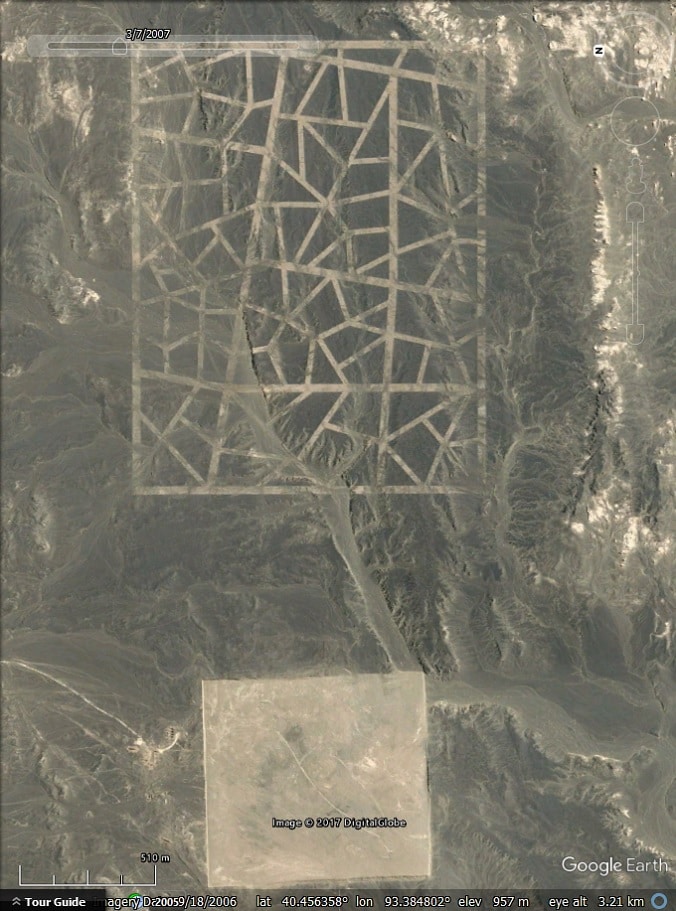 Here is a smaller square that at first sight appears to have bomb craters on it, but looking back at when it was either being made or repaired, it looks like the patches were always there. 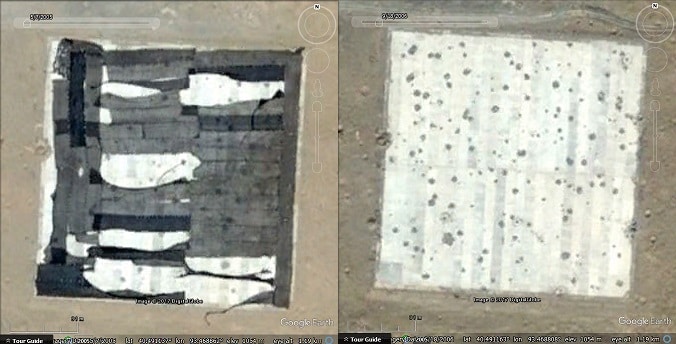 Older image on the left.

Here are what appear to be fake houses used for target practice. The later deterioration might be due to bombs being dropped on them or it might just be weathering, but the older image certainly looks like they were bombed – but again, we may be mistaken. 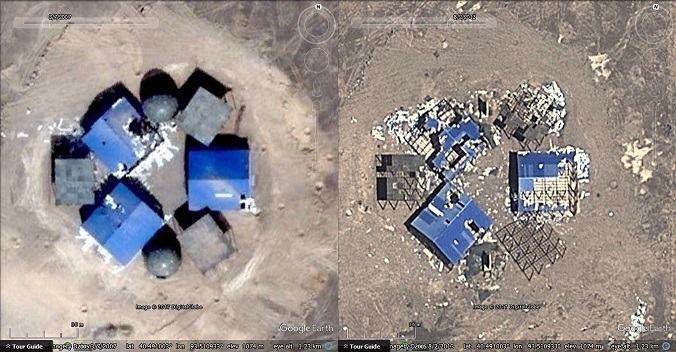 Here are some large scale markings that look reminiscent of runways, but we believe were never used as such: 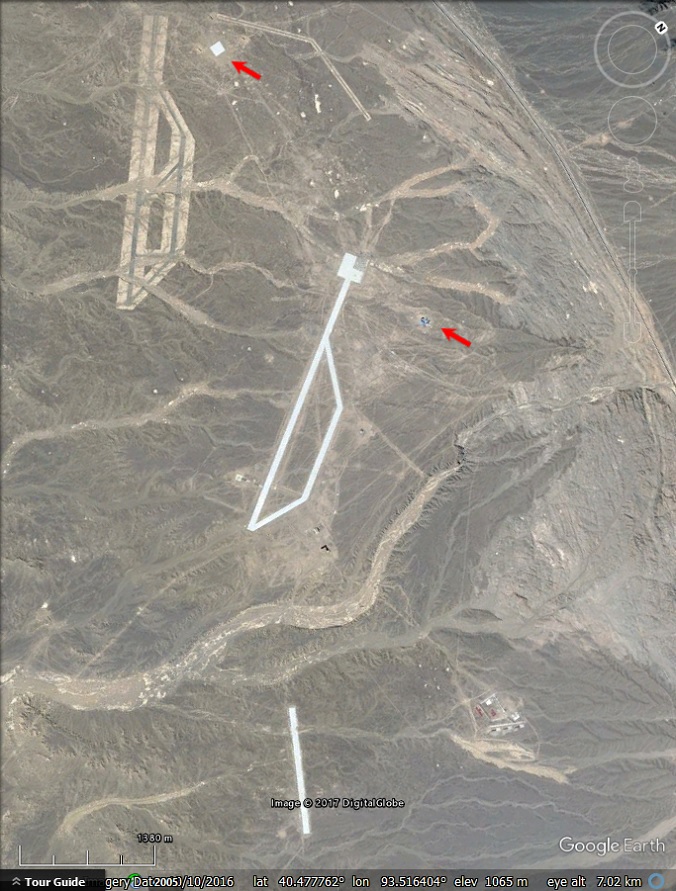 For scale, the small square above and bombed houses are marked with arrows.

We believe these next two are either calibration targets for radar, or tests to see if certain patterns can be used to hide objects from radar: 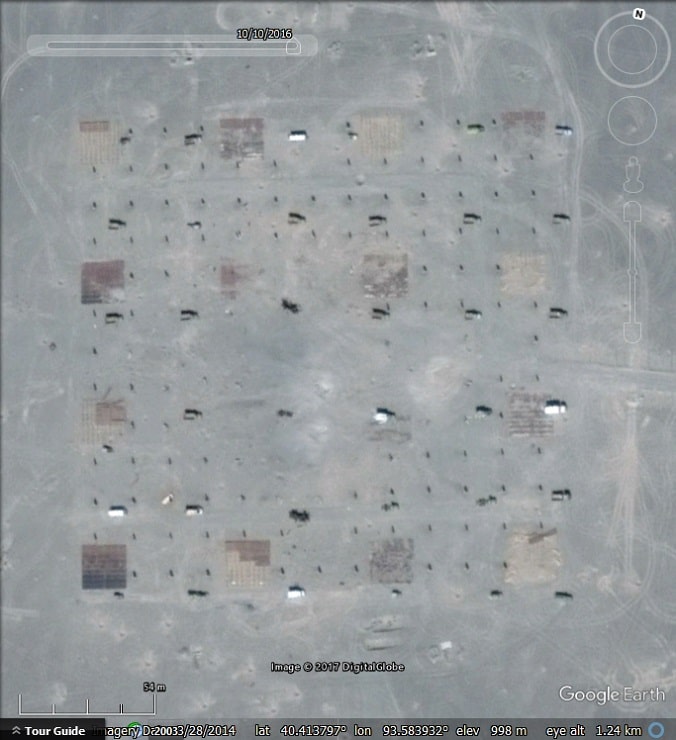 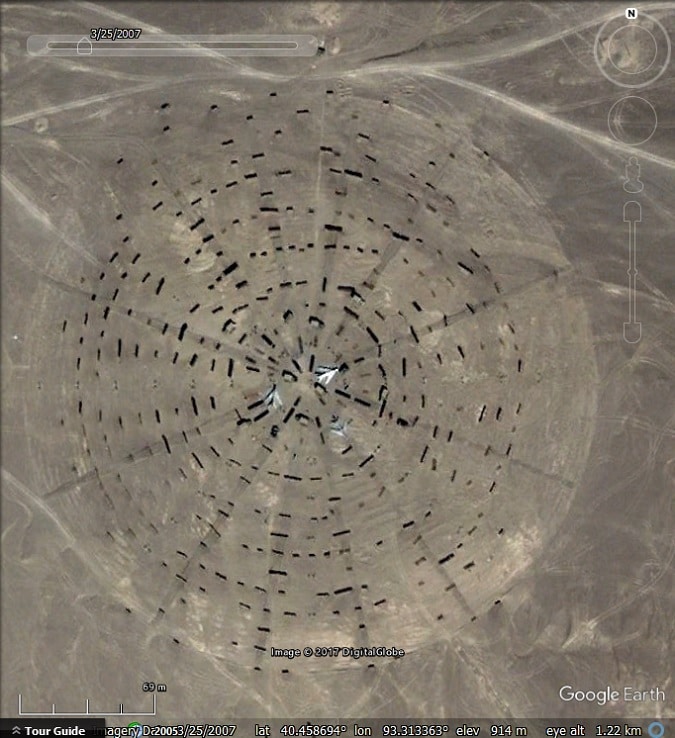 Although it has nothing to do with satellite calibration as far as we know, there is an enormous scale model of a region from the disputed border between China and India. We previously looked at it in 2006. 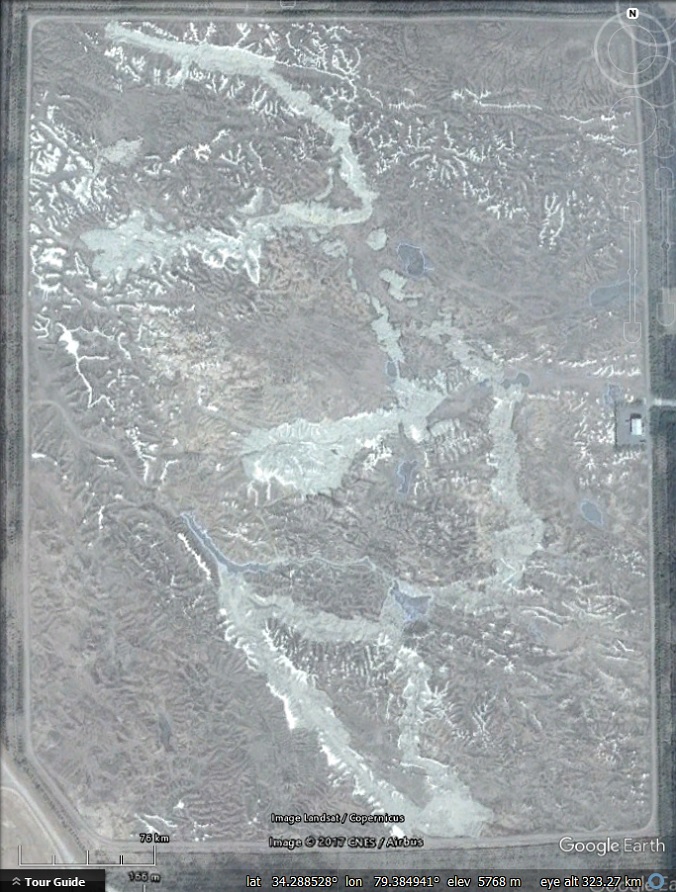 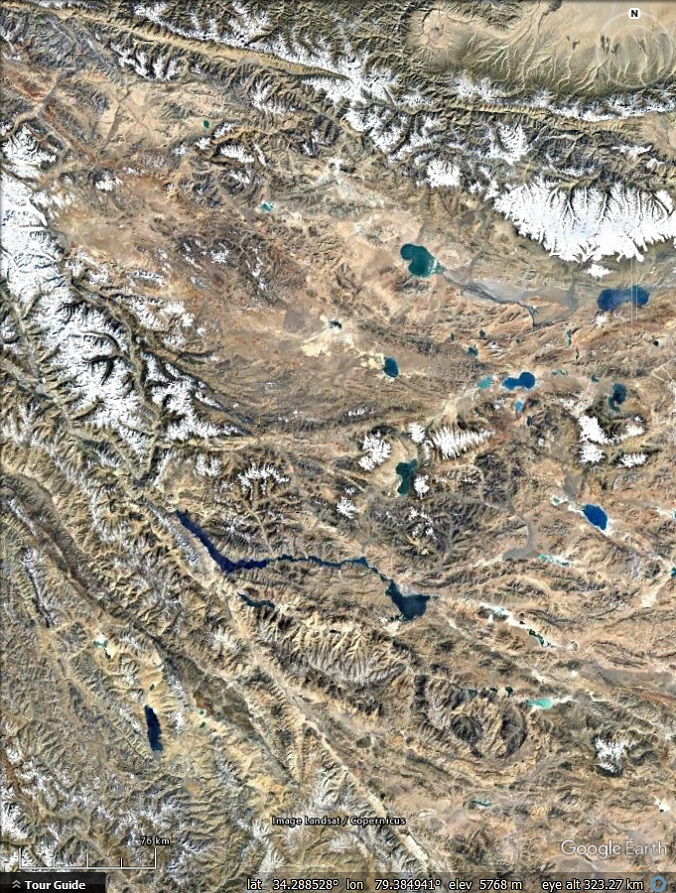 Comparison of the scale model (left) and the region it represents (right).

And finally, here is some giant writing: