On April 27th, 2016, a landslide occurred in Kyrgyzstan and was captured on video as you can see below. The Landslide Blog also wrote about it here and here. We have been keeping an eye on the location and Google has recently updated the imagery. 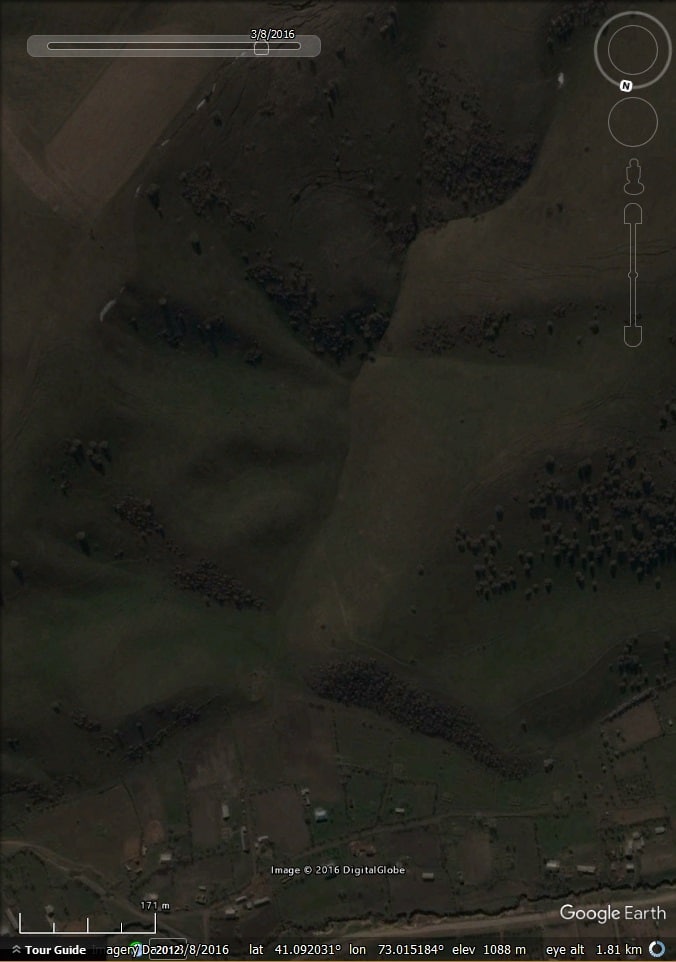 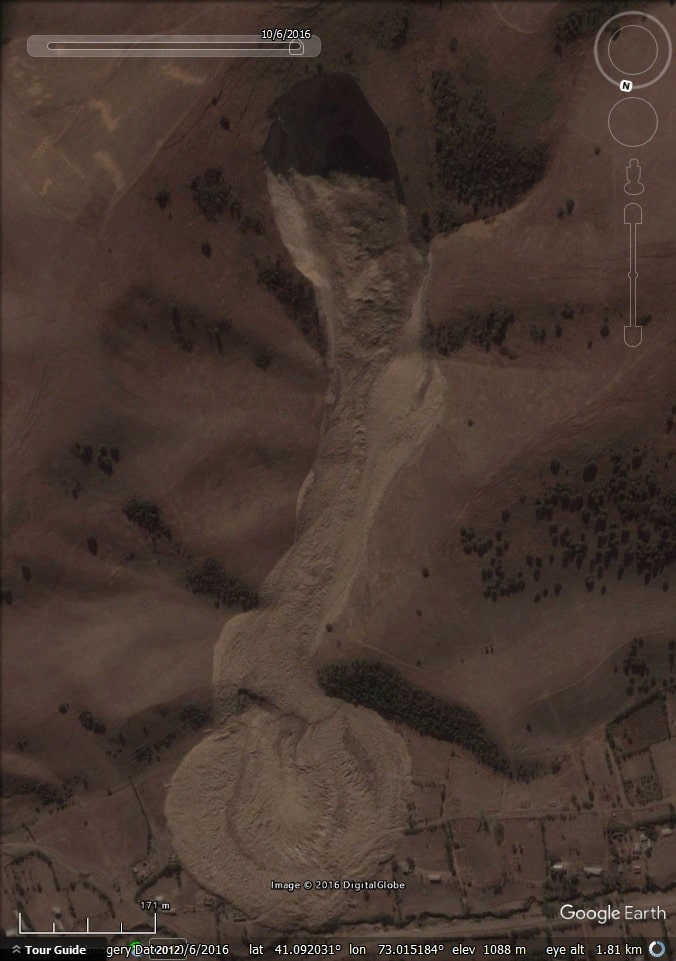 Before and after of the landslide in the video.

Having looked around the area it is clear that the region is very susceptible to landslides, with evidence of past landslides almost anywhere you look. Unfortunately, there is not a lot of imagery and most of the landslides took place before the earliest image. We did find one more that took place in 2016, although it is not quite covered by the latest image. 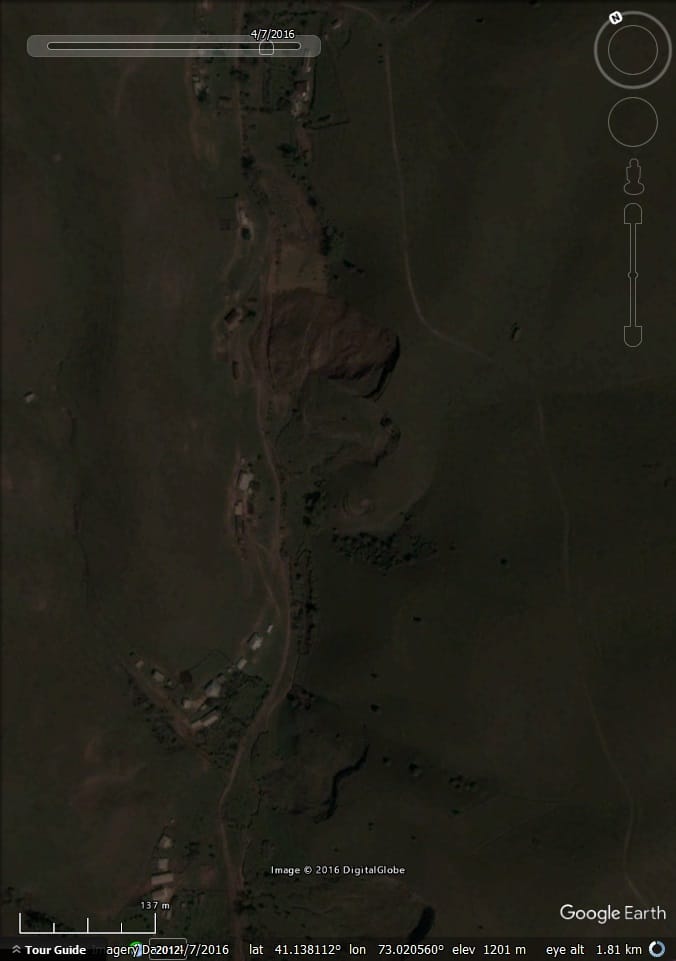 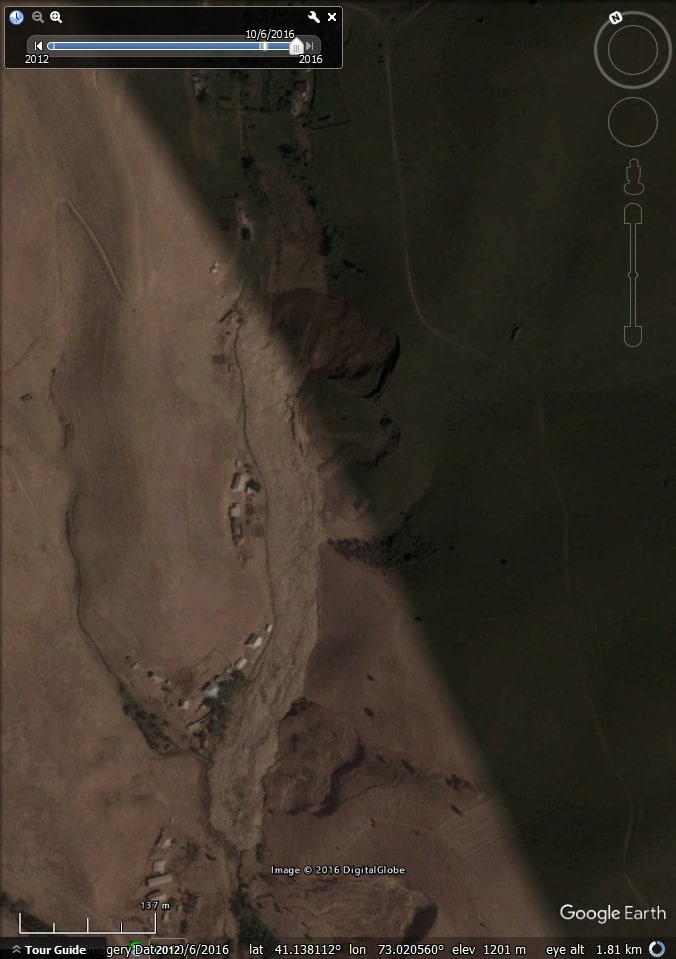 Before and after of another landslide that occurred in 2016.

Apart from the immediate danger from landslides, there is also the phenomenon of landslide dams, examples of which we have looked at before. A landslide dam occurs when the landslide blocks a river, creating a lake behind it and a catastrophic flood may occur when the dam gives way. We had a look around the region and found several cases where there probably was a small landslide dam and there is significant risk of such disasters in the future. 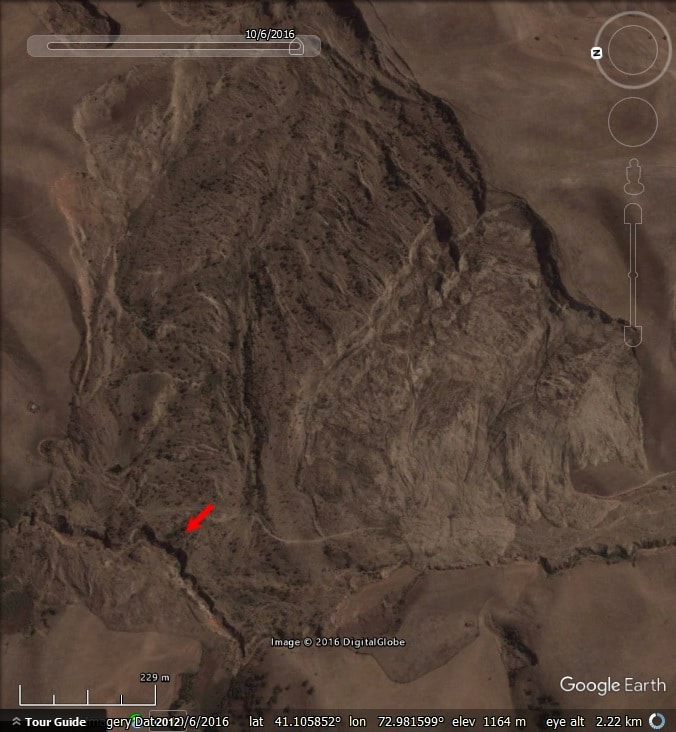 This landslide blocked the river, which has since carved a channel through the debris. 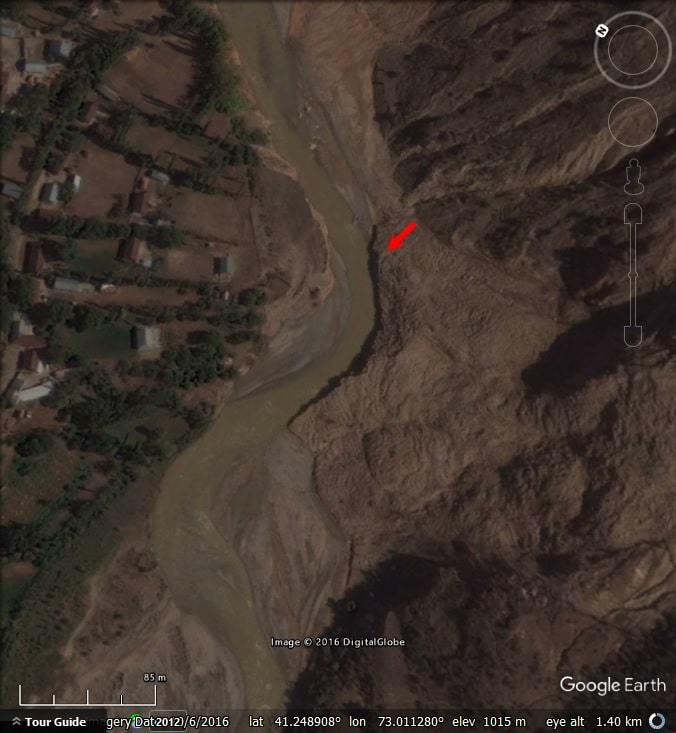 In the picture above, the slope has been slipping for many years and may never have caused a landslide dam, but the risk is clearly significant as a dam would result in the flooding of the nearby houses and its collapse could cause flooding downstream. Just a little further upstream it looks as if part of the town is slowly sliding into the river: 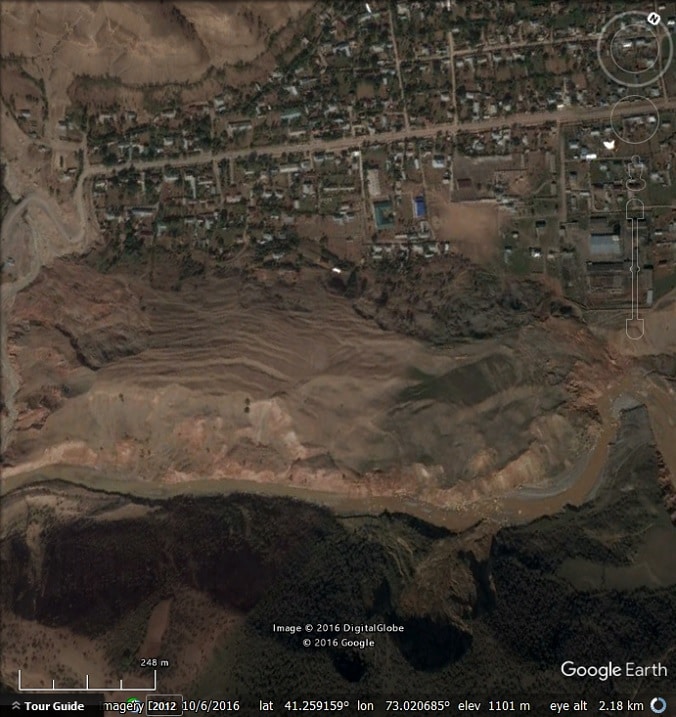 Also note the smaller landslide on the opposite bank which could potentially have created a landslide dam.

. We have marked some of the more notable landslides that we found, but there are many more in the region.

According to this video, a significant cause of the landslides is deforestation, followed by uncontrolled grazing. Trees and other plant cover helps to stabilize slopes.