While exploring Google Earth’s 3D imagery, you will probably have noticed that even in the busiest cities, people are largely absent. This is because of the way the 3D imagery is captured. Based on previous analysis, the 3D imagery is captured by taking four images in rapid succession from an aircraft and then another four later on on a separate pass. It is also possible that more than two passes are combined, and we have even come across one case where it appears that Google combined imagery from completely different flights months apart. The overall result is that anything that is moving cannot be properly imaged in 3D. Over time, Google has got better at removing moving vehicles from the imagery so the streets appear almost empty, and we never seem to see pedestrians at all.

However, while exploring the 3D imagery in Dublin, Ireland we came across some people in the parks there. It mostly includes people lying down or sitting and they evidently stayed in the same place long enough that the 3D imagery process was able to capture them. However, as far as we can tell, none of them actually got proper 3D models. That is probably due to a combination of factors. The resolution of the 3D mesh is not really high enough to model a human. Also if the people were moving around even slightly, although they will still be visible in the image data, the algorithms used to generate the 3D from stereo images would fail. 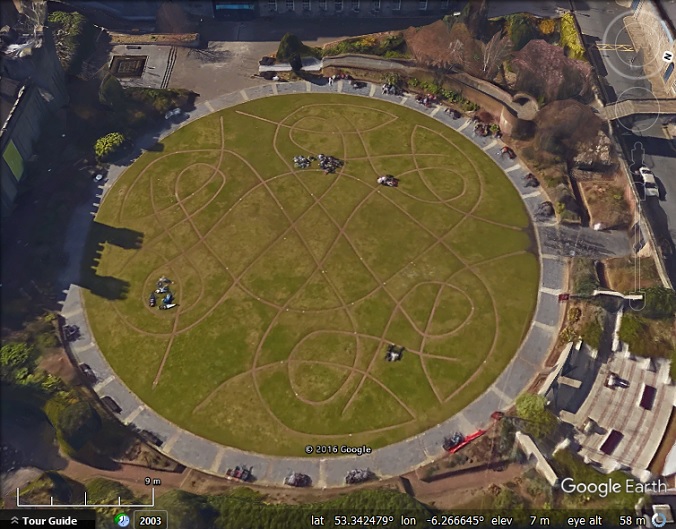 We also managed to find some people on a beach in France. In this case a few of the beach umbrellas did get detected by the 3D generation algorithms. The waves on the shore seem to have caused problems for the algorithms as there are blobs of floating sand all along the shoreline. 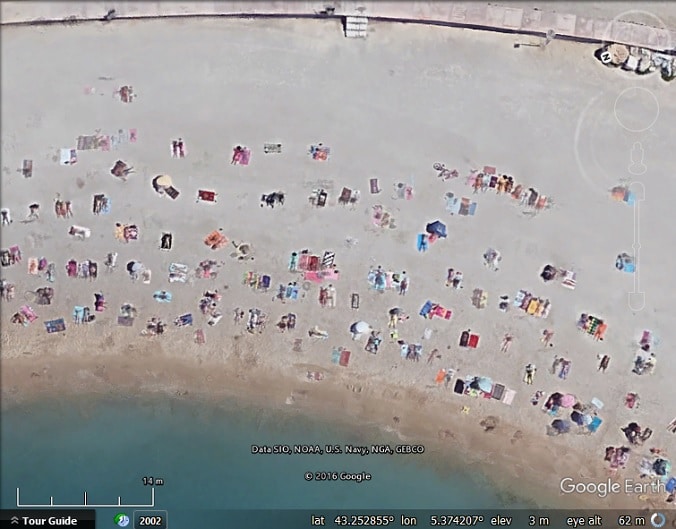 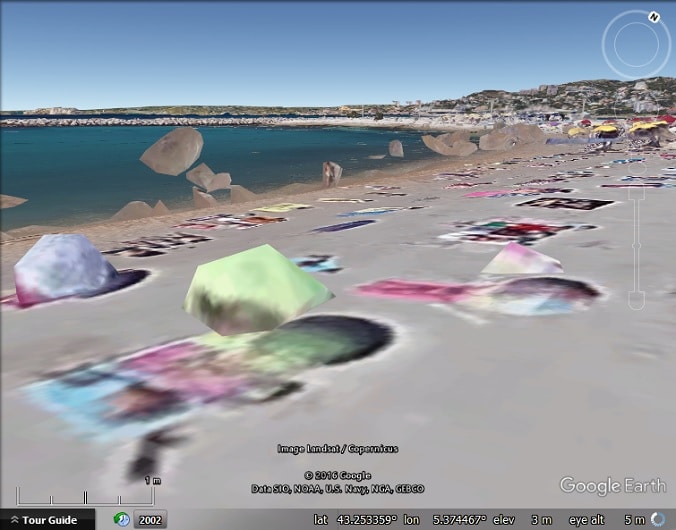 Have any of our readers come across a place where a person was standing still long enough to get captured in 3D? Let us know in the comments.