Google has recently updated the ‘historical imagery’ layer in Google Earth. Unfortunately, because the Google Earth Plugin/API was shut down last month we can no longer make maps of imagery updates.

The Kaikoura earthquake, New Zealand
On November 14th, 2016, a magnitude 7.8 earthquake struck the South Island of New Zealand with an epicentre near the town of Kaikoura. We have previously had a look at the resulting landslides as seen in low resolution Sentinel-2 imagery. Now Google has added some DigitalGlobe imagery of the region captured soon after the earthquake. Most of the imagery is black and white, but we can clearly see landslides that blocked the coastal roads out from Kaikoura. 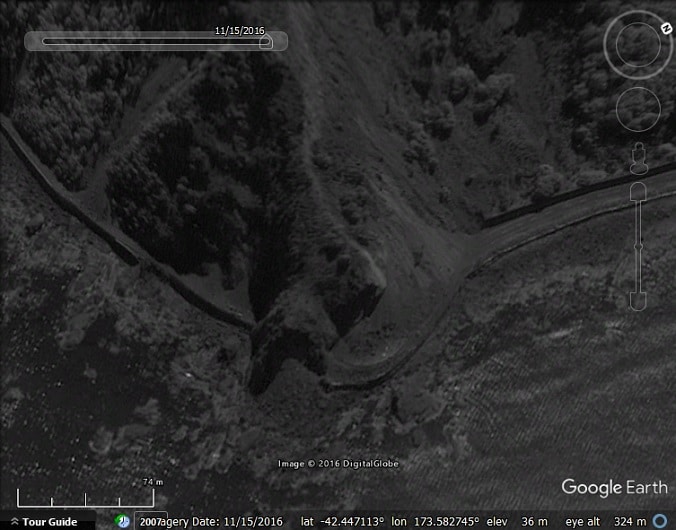 Wildfires, Chile
In late January and early February, 2017, Chile was ravaged by what have been called the worst wildfires in its modern history. There are a number of black and white DigitalGlobe images of the region, but unfortunately they do not cover the worst affected areas. We did, however, manage to find a number of burnt buildings and a fire still burning. 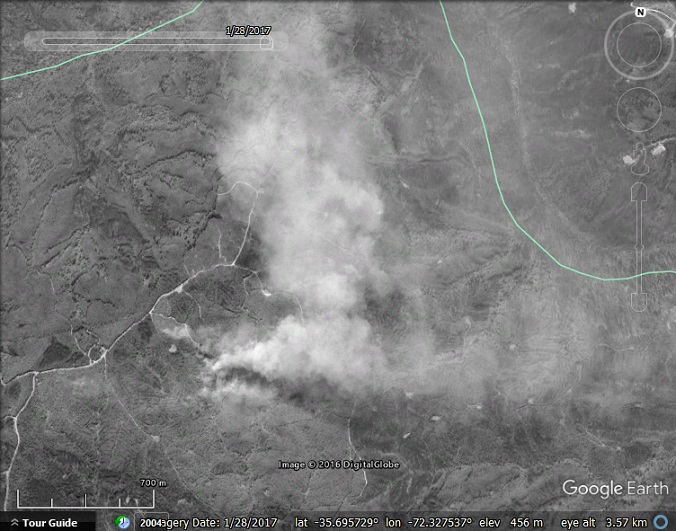 A wildfire in Chile. 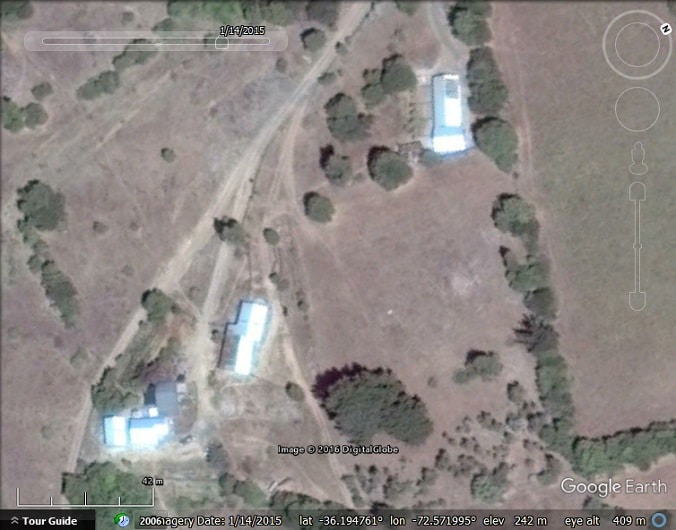 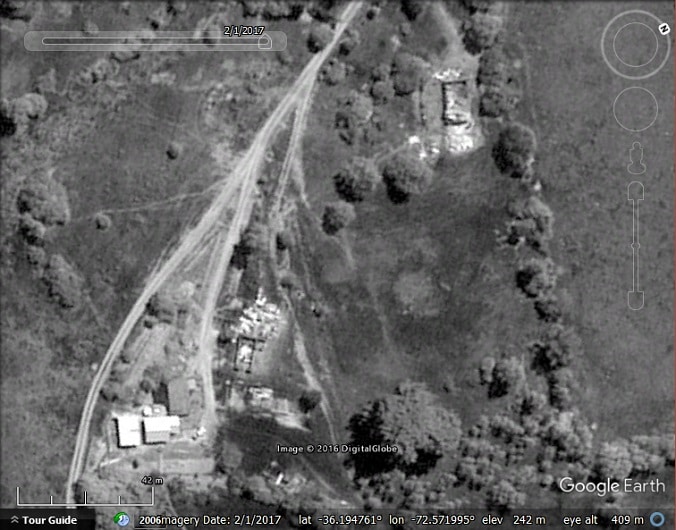 Before and after of some buildings destroyed by wildfire in Chile.

The map data for that region of Chile is not good at all. There are a number of ‘town’ markers in Google Earth that point to locations where there are only one or two houses or no buildings at all. Meanwhile, the town of Santa Olga, which was devastated by the fire and which we found with the aid of Wikipedia, has no marker at all and could not even be found through search.

Other locations
There is a low quality image of Washington D.C., United States, dated January 19th, the day before the presidential inauguration.

There is an image of Manila in the Philippines relating to a shanty town fire that left 15,000 people homeless. The image quality is so poor that not much can be seen. We think we were able to identify the location based on a church that can be seen in one of the photos.

A big thank you to GEB reader André who sent us a list of locations he has found that now have 2017 imagery: