We have recently had several enquiries or comments pointing out that a lot of the imagery in Google Earth ‘historical imagery’ is very low resolution and we thought it would be best to do a post explaining it.

The low resolution imagery in question is a set of yearly (from 1984 to date) global mosaics of Landsat and Sentinel-2 imagery that Google added to Google Earth in November last year. It is a wonderful addition and allows us to see how the planet has changed over the past 26 years. We have done a number of posts on the imagery including creating a tool to allow you to animate the imagery with a dynamic tour.

When the imagery was first added to Google Earth, it only showed in ‘historical imagery’ mode and only when you were zoomed out and would transition to normal higher resolution imagery as you zoomed in. However, it would appear Google got it wrong with the most recent update to ‘historical imagery’ and for half of the earth it does not go away as you zoom in. This doesn’t prevent you from seeing the high resolution imagery if you move the slider on the time toolbar, but it does make it harder to explore imagery and users not very familiar with ‘historical imagery’ or not aware of the new Landsat / Sentinel-2 mosaics may not realise what is happening and think there is a problem with Google Earth.

It would appear, based on places we have checked so far as well as a map of recent imagery updates that we are currently working on, that the problem occurs only in the north-eastern quarter of the globe including all of North Africa, Europe and to the east, north of the equator. South of the equator and the western half of the globe starting at the Cape Verde Islands (around longitude 20° W) in the Atlantic Ocean just off the coast of Africa and all the way to the antimeridian is working correctly with the Landsat / Sentinel-2 mosaics fading out at an eye altitude of about 10 – 20km (depending on screen resolution). Also, for the whole globe, the mosaics do not fade out over the oceans, although as far as we know, the image used for the oceans in the mosaics is the same for all years – but different from the image that is used as the base layer in ‘historical imagery’ which can still be seen if you move the date to before 1984. 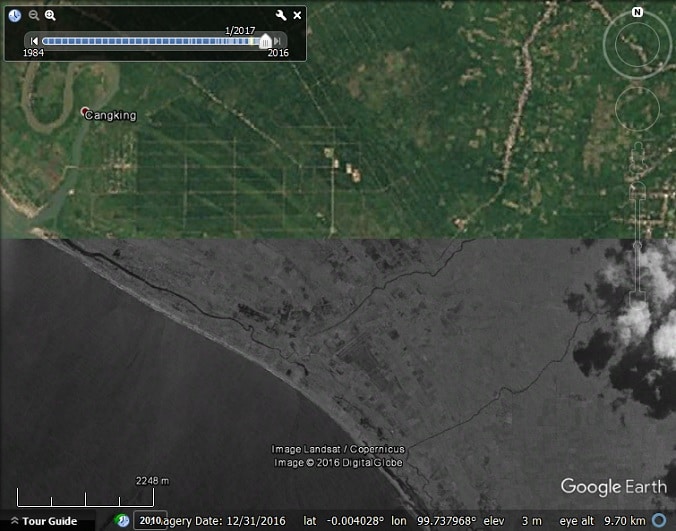 In the image above we are looking at the equator where it crosses Sumatra, Indonesia. In the upper half of the image, north of the equator, the Landsat / Sentinel imagery has not faded out whereas south of the equator the higher resolution imagery is showing. The same effect can be seen along the equator where it crosses in Africa. The actual high resolution imagery in this particular case is not particularly good imagery being black and white and cloudy. This is because the particular location is difficult to photograph because of high levels of cloud cover being mostly tropical rain forest. 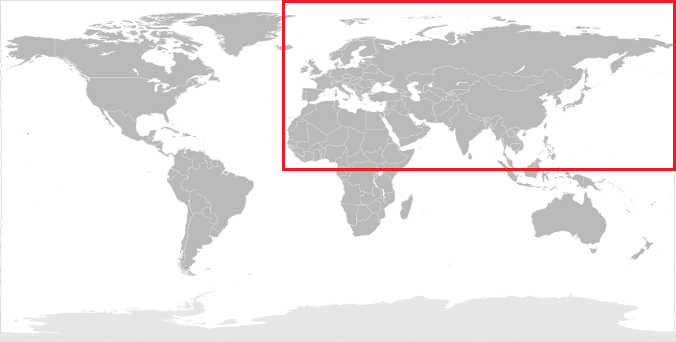 The region where the Landsat / Sentinel-2 imagery does not fade out correctly.