Google has at last updated the ‘historical imagery’ layer. Just yesterday we complained about the fact that it hadn’t been updated since July. Thank you to the anonymous GEB reader who let us know in the comments that it has now been updated. It appears that not all current imagery has made it into historical imagery yet.

We will attempt to do a map of imagery updates over the coming days, but it will be difficult as the new global mosaics of Landsat / Sentinel-2 imagery make it much harder. When you are zoomed out, Google Earth only shows the mosaics and yearly dates, so it is necessary to zoom quite a long way in to read the time toolbar to get the list of available dates for a given location. In addition, the Google Earth API is being shut down on January 11th, so after that we will not be able to create such maps.

Today we are looking at a few large wildfires in the US. 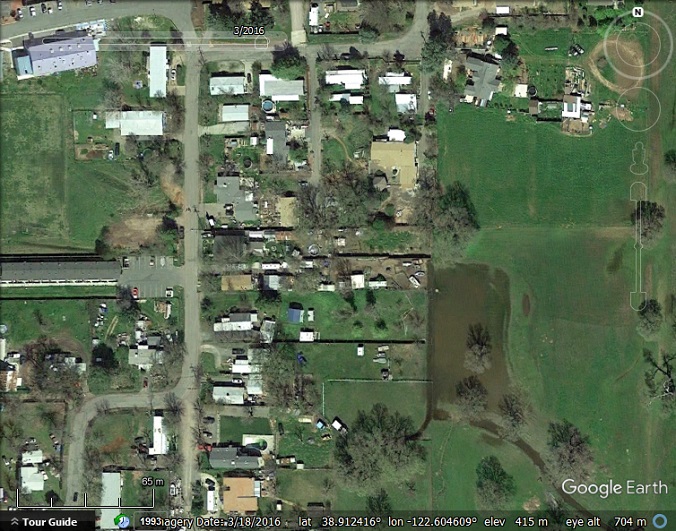 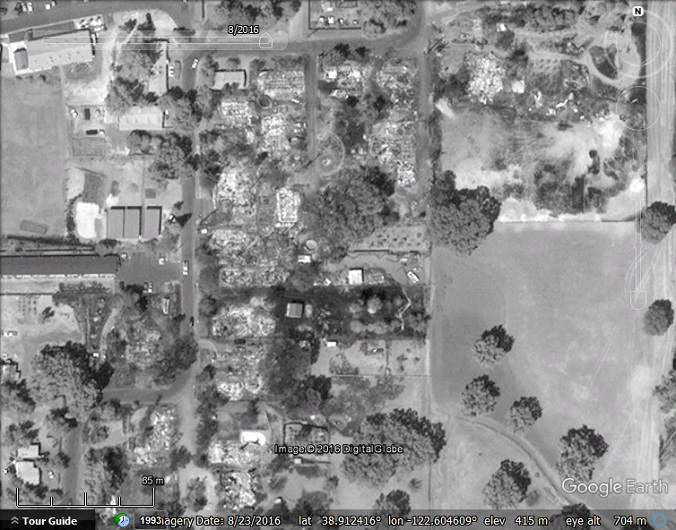 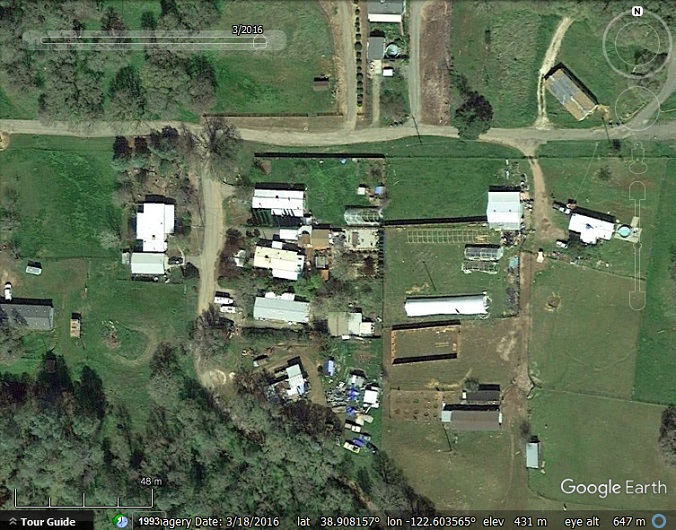 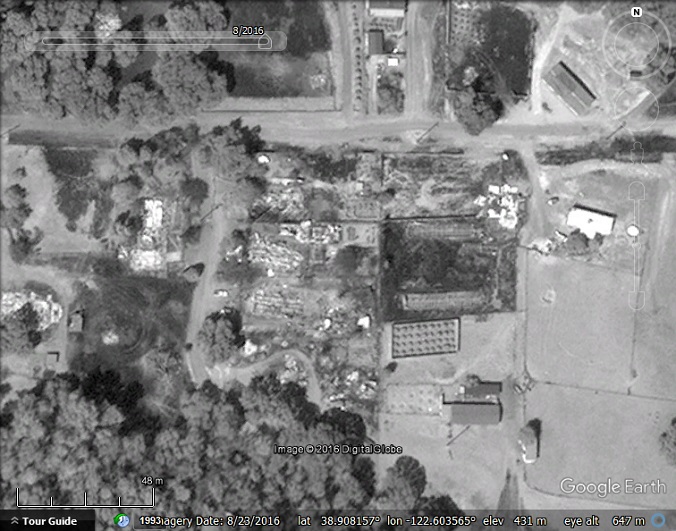 Junkins Fire, Colorado
The Junkins Fire took place in late October, 2016 and can be seen still burning in the imagery. It appears to have mostly affected wilderness (it is named for Junkins Park, Colorado) but it did destroy 9 homes and 17 outbuildings 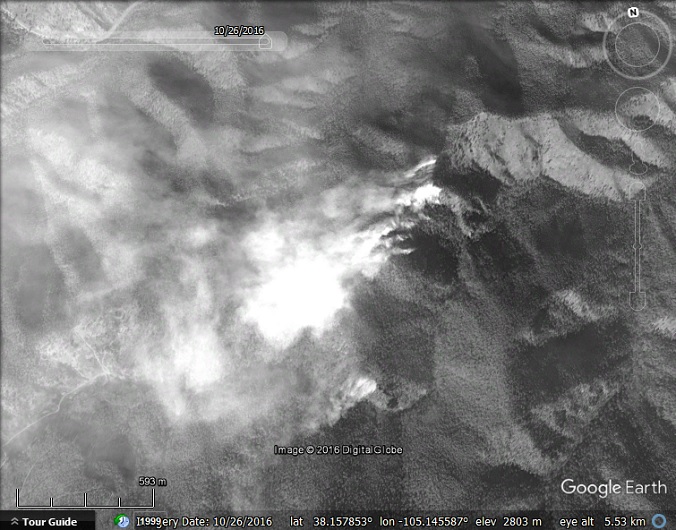 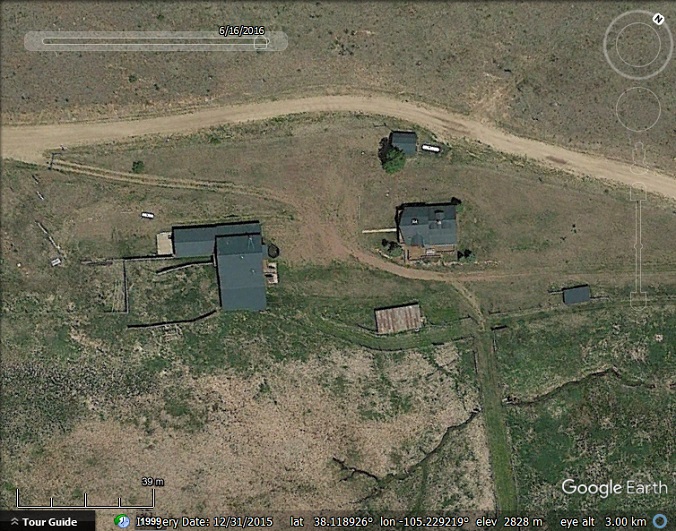 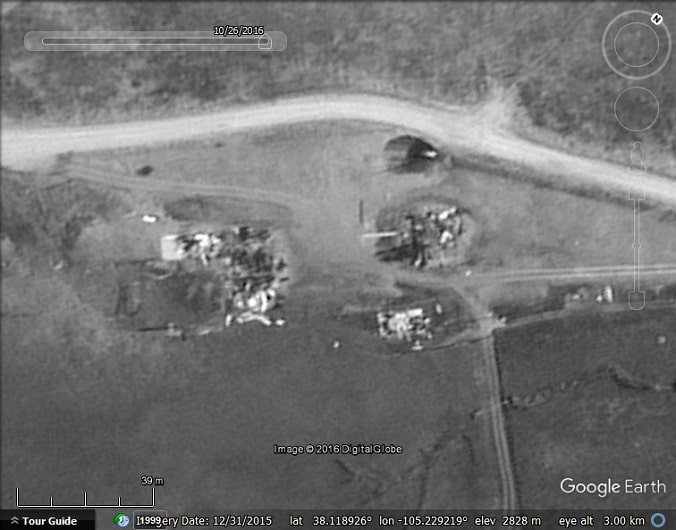 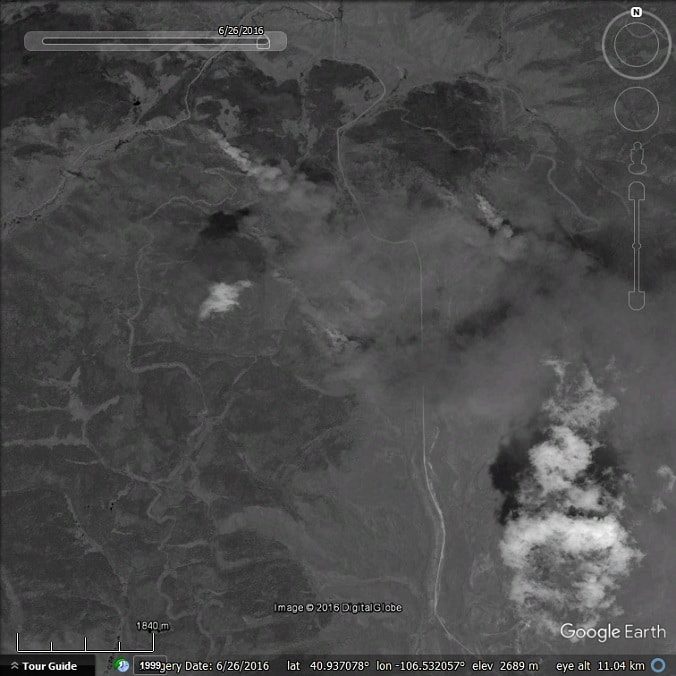 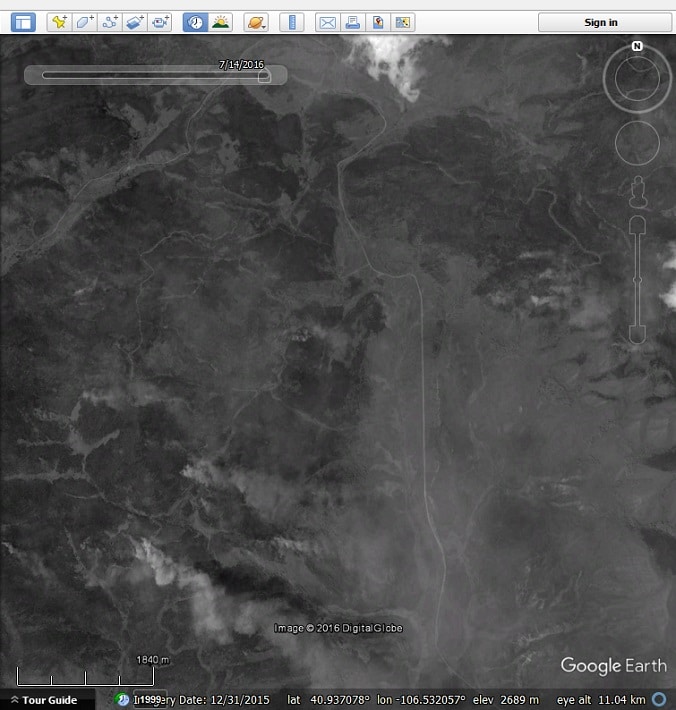 Soberanes Fire, California
According to Wikipedia the Soberanes Fire was the most expensive wildfire in United States history, costing $236 million to suppress. It was worth the expense as Robert Baird, supervisor of the Los Padres National Forest, estimated that firefighters saved US$6.8 billion worth of real estate despite 57 homes and 11 outbuildings being destroyed. 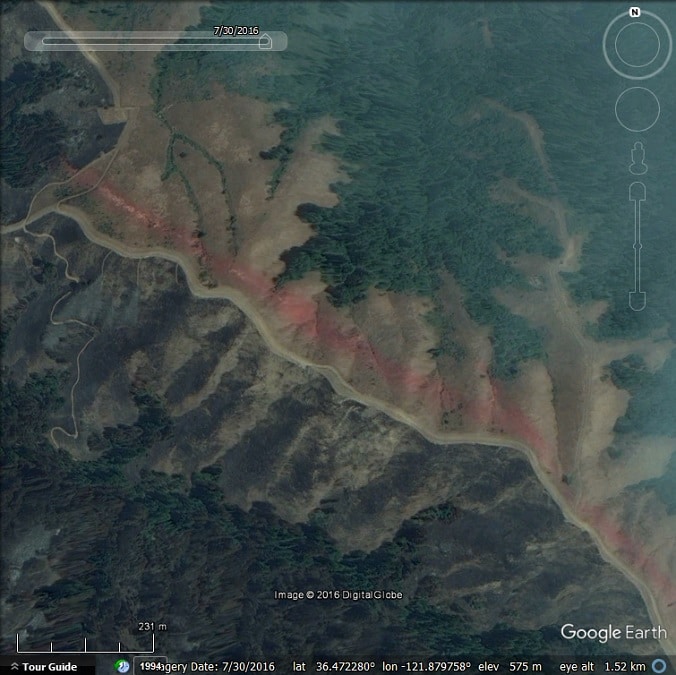 This red line is fire retardant, probably dropped from an aircraft. 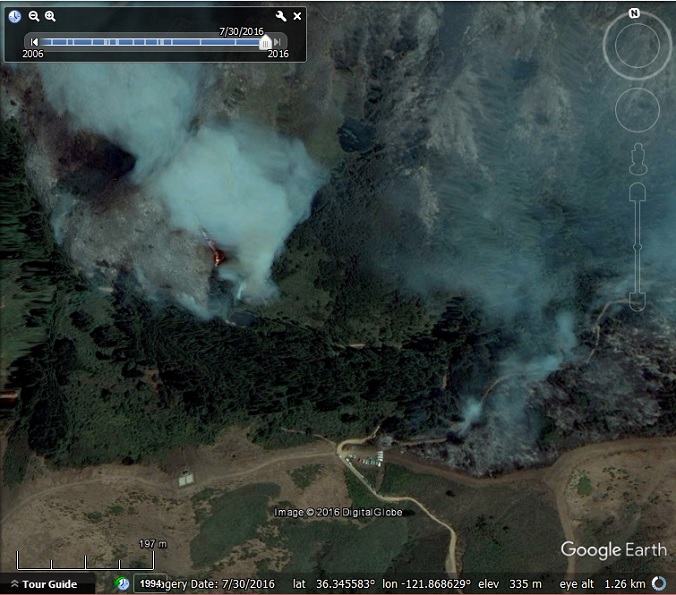 The fire burning and some vehicles most likely involved in the firefighting effort.