On August 3rd, 2016, Emirates Flight 521 carrying 282 passengers and 18 crew crashed while landing at Dubai International Airport. One fire fighter died in the rescue effort, but all the passengers and crew survived. The plane was almost entirely destroyed by fire. See pictures and video here. DigitalGlobe captured an image of the airport just five days later. Being a busy airport, the wreckage had been moved out of the way, but can still be seen: 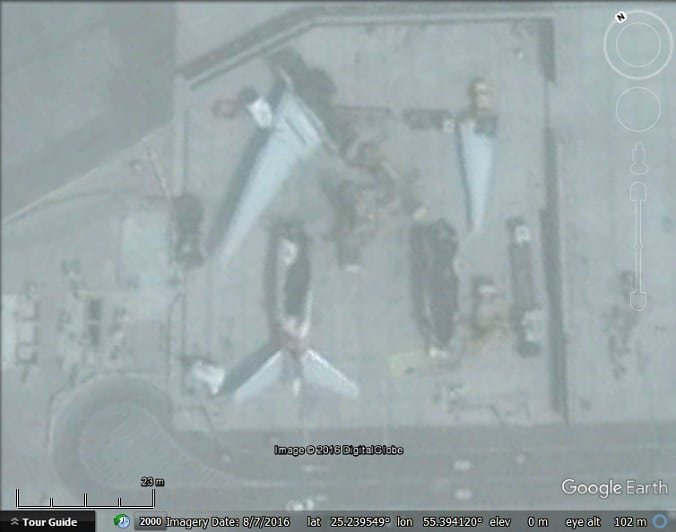 We also noticed that in that location if you switch to ‘historical imagery’ Google Earth incorrectly continues to show the default layer. Only when you switch to older images or zoom out does it disappear. It appears Google has got some settings wrong on the imagery there.

While investigating other imagery updates, including some flooding in Australia in September, we came across some patches of blurred imagery: 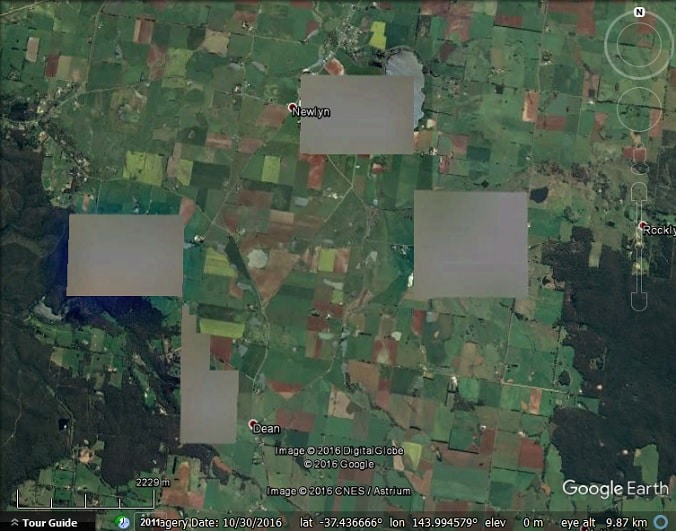 At first it looks like censorship, but given the location and the large number of blurred patches (at least eleven), we believe it is where there were clouds in the original image. Normally, for the default layer, Google replaces cloudy patches with older imagery. However, something appears to have gone wrong in this case. We later found the same effect in Bangladesh, so it is not an isolated incident.

Also in Bangladesh we came across a strip of imagery that at first looks like it is out of alignment or has been misplaced. However, on closer inspection we believe it is simply that the river has changed significantly between May 2016 (the strip) and November 2016 (the background) when the two images were taken. 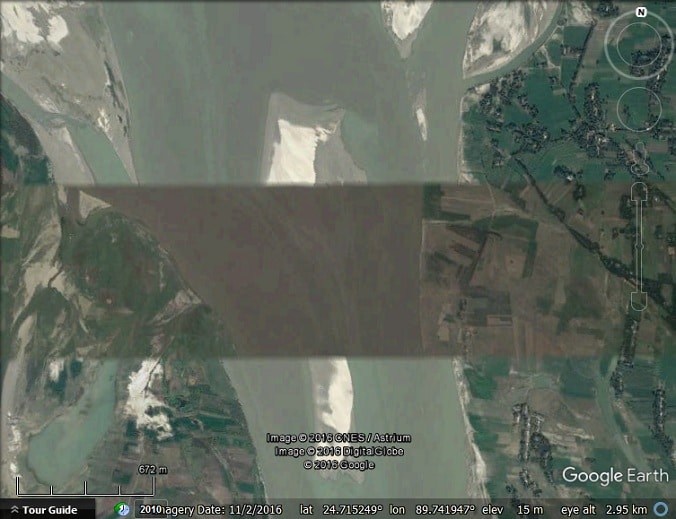