We have long had a fascination with cruise ships in Google Earth. Cruise ships represent a significant amount of area and deserve to be mapped, but because they move from place to place this poses an interesting mapping problem.

Some time back we had started making a collection of placemarks for various ships in 3D, but never got around to completing it. In some cases, the name of the vessel can be seen in the imagery, but at other times, identifying it requires a bit of detective work. Yesterday, GEB reader Frank (not Frank Taylor), who also contributes outlines for our 3D imagery KML, sent us a collection of placemarks for cruise ships and ferries in 3D, which was much more comprehensive than ours. So, we have combined it with our collection and are providing it here in case our readers are interested.

. We have implemented it as a network link and may update it over time, but do not guarantee that we will have time to do a lot of regular maintenance.

Remember that Google Earth does not have a ‘historical 3D’ feature, so when 3D imagery gets updated, the placemarks will no longer be correct. We found that a few of the placemarks we had created in the past no-longer have cruise ships at those locations. Also interesting is that some of the cruise ships in the imagery have since been sold and renamed or in some cases, such as the Sky Wonder, have since been scrapped.

A number of cruise ships appear more than once in the 3D imagery. For example: 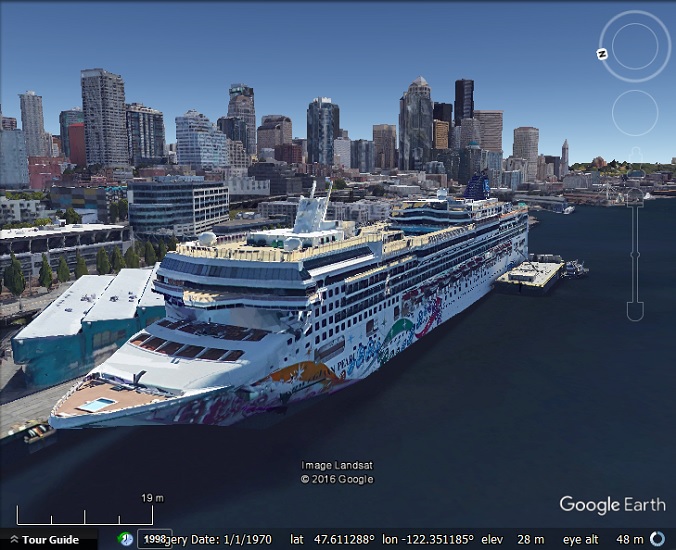 Norwegian Pearl, in Seattle (west coast of the US). 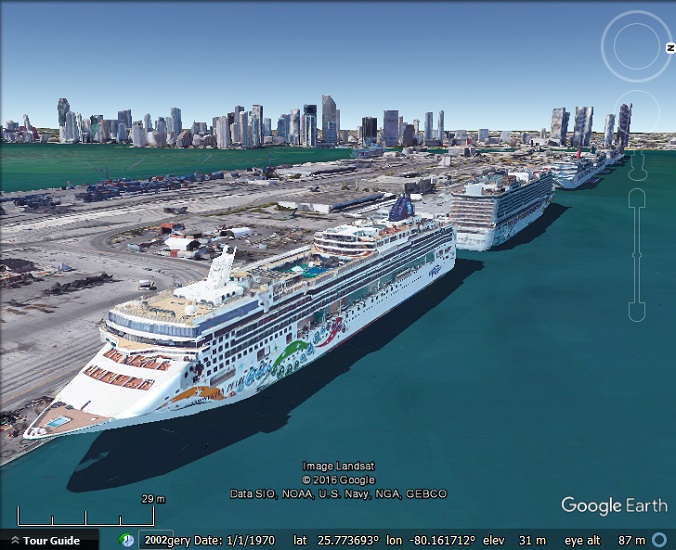 Norwegian Pearl, in Miami (east coast of the US). 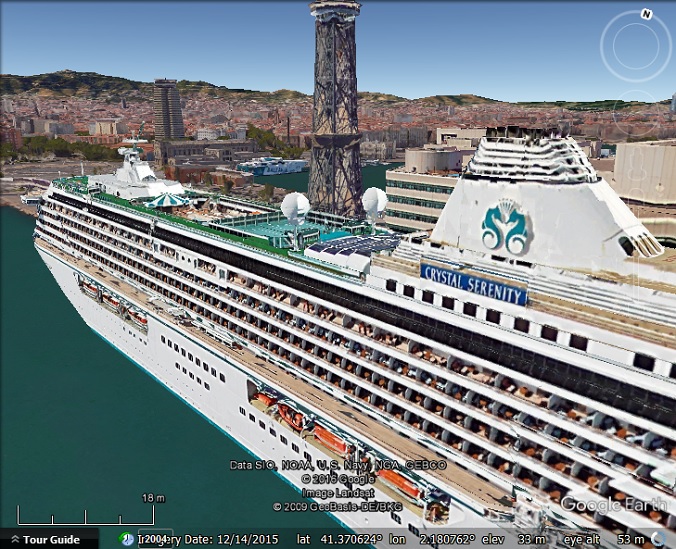 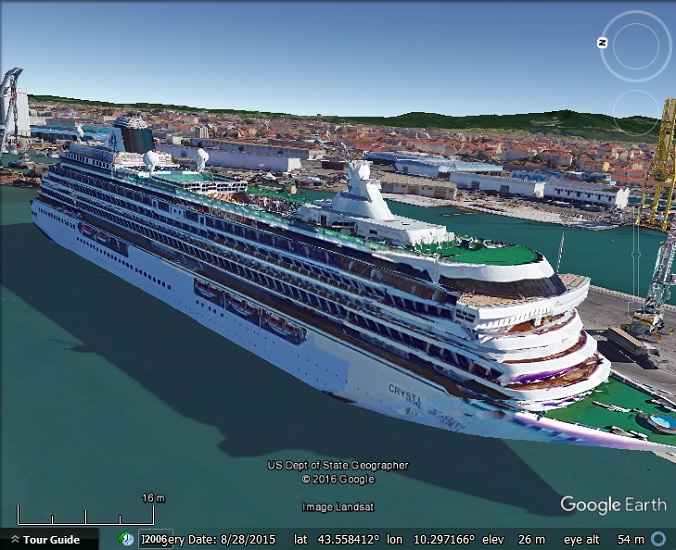 If you are interested in collections of ships visible in 2D imagery, be sure to check out the Google Earth Community transport collections.