Google has released an update to Google Earth and Google Earth Pro. This is a bugfix / maintenance update with no new features. Having said that, it does fix some of the worst bugs, including crashes and installation problems and its release confirms that Google has not given up on Google Earth. 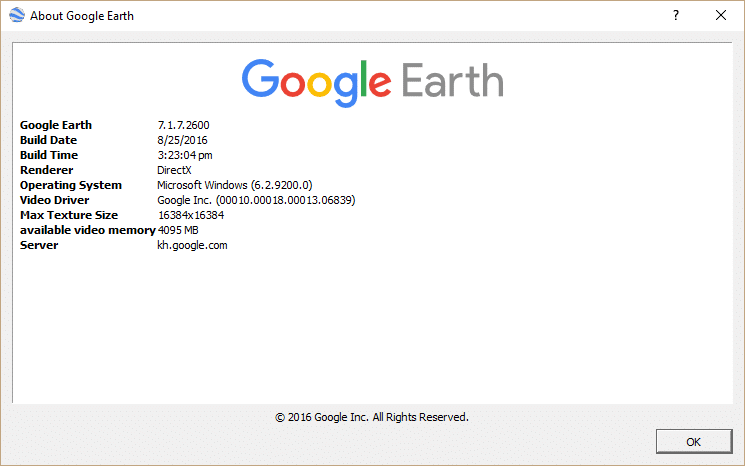 Issues fixed in this release of Google Earth Client

We get quite a lot of email regarding problems installing Google Earth, so we hope those are now a thing of the past. We also used to experience the crash when rearranging placemarks, which was particularly annoying as it typically meant redoing a lot of work, as My Places is only saved when Google Earth is closed properly. It seemed to be placemarks with links that were particularly troublesome.

Another crash that occurs when you try to search for something while Google Earth is still loading is still there.

For most people, there should be no need to do anything and Google Earth should update automatically. If you installed Google Earth using the ‘offline installer’ then you may need to manually update to get the new version, which you can do by going to the standard Google Earth download page. We actually recommend that everyone consider switching to Google Earth Pro as it is free and has more features than Google Earth. There are, however, no differences in the actually imagery. Google Earth and Google Earth Pro share the same ‘myplaces.kml’ (where saved placemarks are stored) so switching does not loose any data. You can have them both installed at the same time and use whichever you like, but you cannot run them both at once. As mentioned in the comments, Google Earth Pro is not available on Linux.