In yesterday’s post we talked about Landsat imagery and how in some locations there are only a few cloud-free images per year. That was not entirely accurate, as there are some places where it is practically impossible to find a cloud-free Landsat image.

We were recently exploring the north-western area of Colombia (looking for circular islands) and noticed that the imagery there is of particularly poor quality. Most of Choco Province, Colombia, has no high resolution satellite imagery and instead uses the global mosaic created from Landsat imagery. To make the global mosaic, Google took Landsat imagery captured over multiple years and searched for cloud-free pixels to use in the final mosaic. However, when we looked at the region with our Landsat animations KML we found 49 images captured over the last three years, but they all had significant cloud cover. The very best image is listed as having 17% cloud cover and the next best has 31% cloud cover and the rest are much worse. Add to this the fact that the clouds tend to form around particular geographical features and there are some places that never have cloud free pixels. The result is particularly poor imagery in some places. 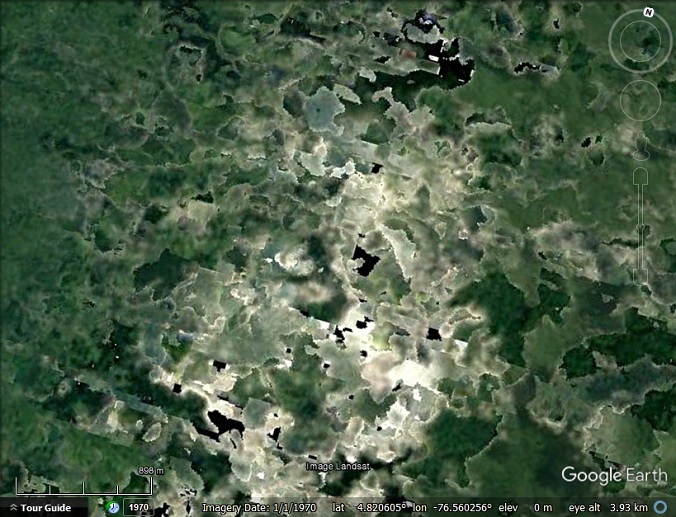 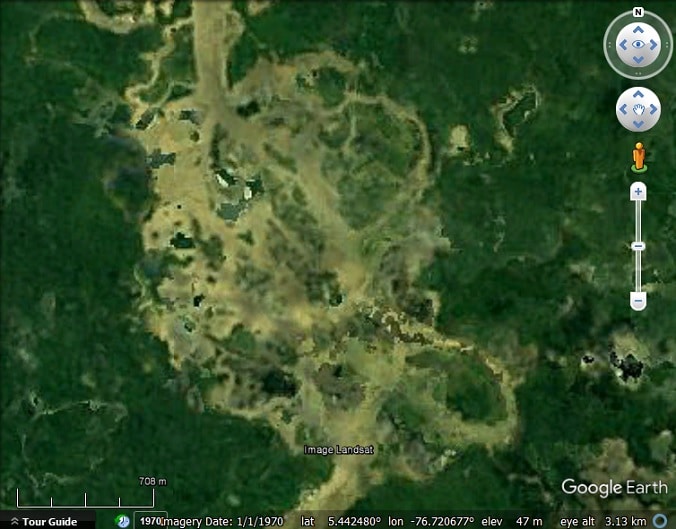 We are not sure whether the above effect is due to just cloud cover, seasonal changes in the water levels or the fact that the water colour changes over the seasons.

For an understanding of which parts of the globe have the most cloud cover, see this animation from NASA. Note that it is not images of clouds, but rather maps of the average amount of cloud cover over a month. We could not find a version for longer periods to find out which locations have near-permanent cloud cover.

Another place with a similar problem – year round cloud cover – is the rainforest belt of Central Africa. In some places, Google has had to use Landsat 7 imagery, which we can see because of its characteristic stripes due to a faulty component on the Landsat 7 satellite. 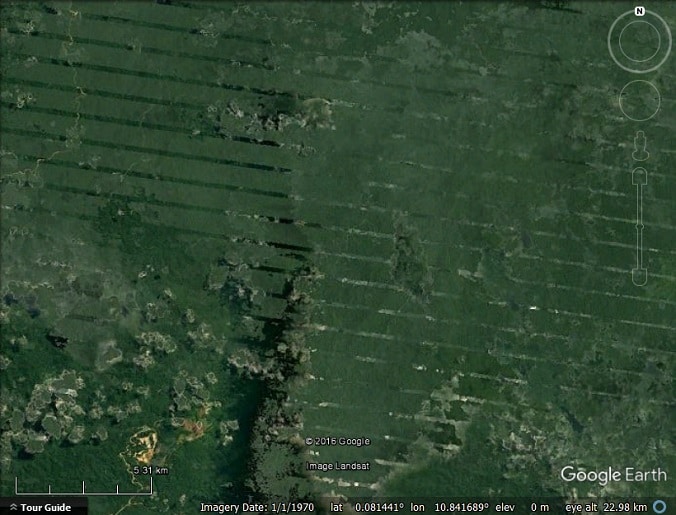