With $79 billion already spent on the project by 2014 it is one of the most expensive engineering projects in the world.

We thought it was such a large project that a map of the routes would be easy to find, but surprisingly enough, the Wikipedia page is somewhat out of date and we couldn’t find any maps showing the completed routes. The best we could find were rough sketches drawn before the completion of the Eastern and Central routes.

We thought it would be interesting to trace the routes in Google Earth. We found the Central route without difficulty and it is easy to follow over its length of over a thousand kilometres. It is an enormous project, having to cross over or under major rivers along its route. It also goes through mountains with tunnels often several kilometres long.

The Central Route starts from the Danjiangkou Reservoir, which had to be raised by 13 metres, displacing some settlements along its shores. 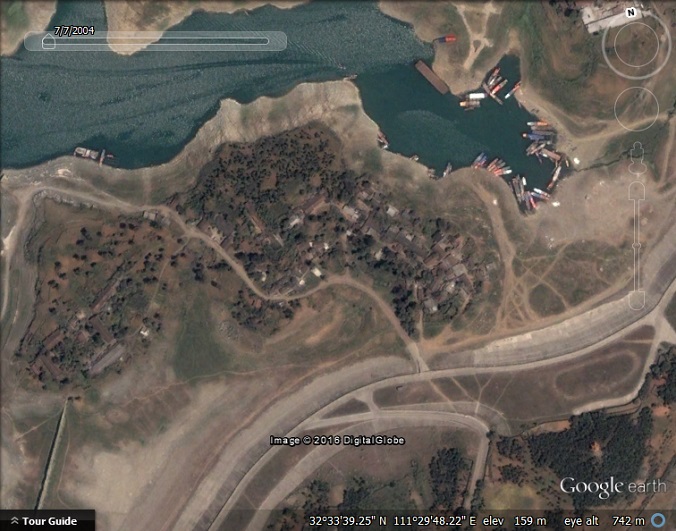 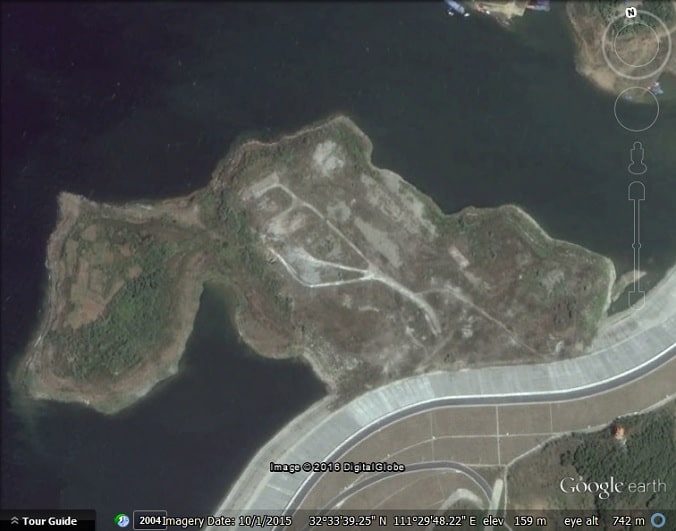 Before and after of a settlement that had to be relocated because of the rising waters.

To get an idea of the scale of the project, this YouTube video shows some of the construction of the Central Route.

The Eastern Route was much harder to trace, as the area has a lot of waterways, including rivers and canals used for shipping and it is not easy to figure out which ones are also being used to move water to the north.

We also came across complicated junctions, such as this one:

According to Wikipedia the tunnel under the Yellow River consists of two 9.3 m diameter horizontal tunnels, positioned 70 m under the riverbed. 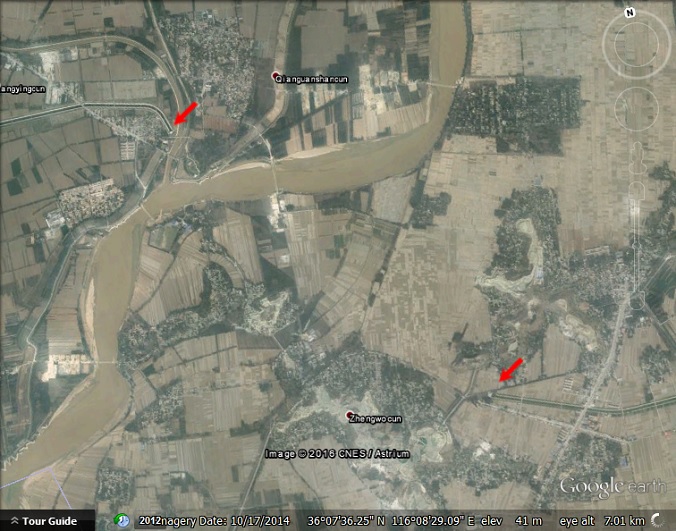 The tunnel under the Yellow River is nearly 5 km long.

You can see below the routes we were able to map out. We are not certain we have got all the Eastern Route sections correct and there are some gaps. The yellow sections are not navigable and are therefore definitely intended for moving water. The orange section is not part of the project, but is a section of the route of the Grand Canal, which extends further south than the water transfer project. 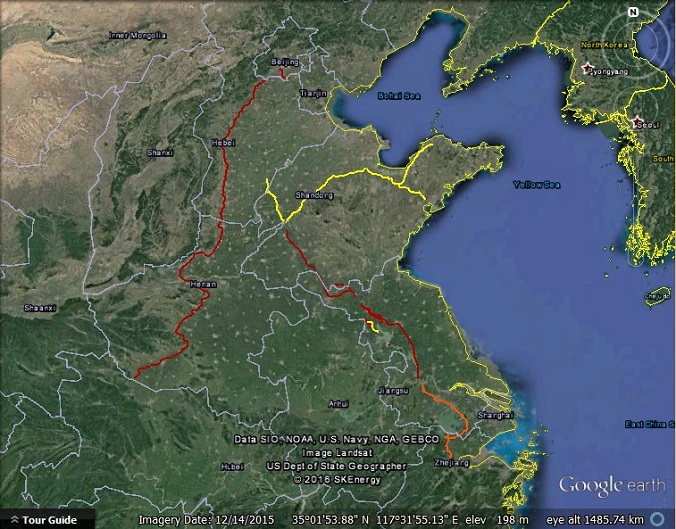 To see the routes in Google Earth download this KML file