A story about a Kraken (a legendary sea monster) being spotted in Google Earth imagery recently went viral. It turns out, however, that it is actually just a rock. The rock in question is named Sail Rock and lies south west of Deception Island, one of the South Shetland Islands near Antarctica. For more details of the story and a photo of the rock see this article. 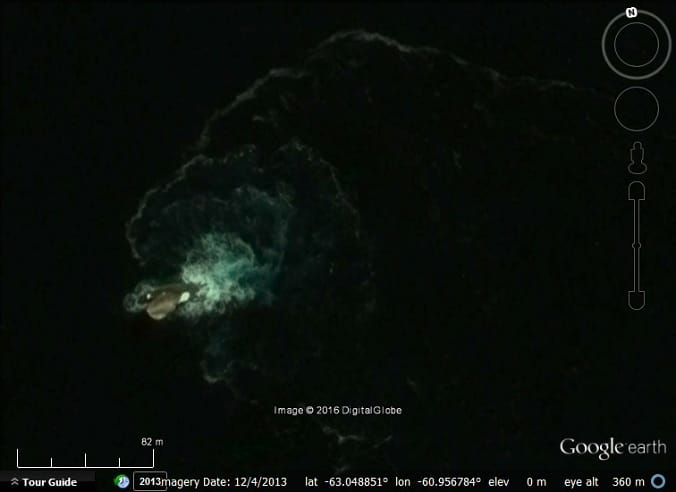 It is not a new image, having been captured in 2013. We have actually been asked about this particular image in the past by a GEB reader and dismissed it as almost certainly a rock. Whenever you encounter unusual imagery and want to learn more about the area, try turning on various Google Earth layers to see if there are any relevant placemarks. The layers we find most useful for this are “Places”, “Photos” and “More->Wikipedia”. In this case there is actually a Wikipedia page for Sail Rock which has been updated with a reference to the recent story, but the page itself has been in existence since 2010. The placemark is a little to the north of the correct location, but close enough that you would find it if you were looking. In addition, always check ‘historical imagery’. In this particular case there are no other images of the location.

One clue that the image is of a rock is that Google Earth, in default view, shows satellite imagery in the vicinity and not ocean floor data. This indicates that Google considers the area to be land or close to land, i.e., they are aware of an island, rock or reef at the location.

And for final confirmation, since our trial licence for GeoSage’s Spectral Transformer has not yet expired, we decided to have a look at the location using Sentinel Imagery. 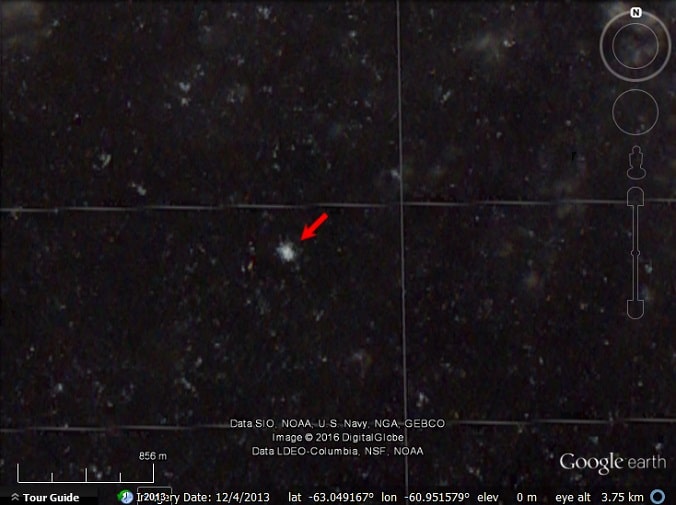 Apparently the Kraken hasn’t moved since 2013. It is not a high resolution image, but it’s enough to confirm that there is definitely something unmoving at the location. To find the location and see the Sentinel image in Google Earth download this KML file

For the history of nearby Deception Island see this YouTube video.