A couple of weeks ago there was this story about a fifteen year old Canadian boy who might have found a lost Mayan city. It all started as a school science project. Apparently he believed the Mayans may have built their cities according to star charts and using the locations of known Mayan cities and a map of constellations he found what he thought might be the location of a missing city. He then looked at satellite imagery of the location and saw some ‘linear features’, suggesting something might be there. It didn’t take long, however, before experts expressed the opinion that the Mayans did not build their cities according to constellations and that what could be seen in the satellite imagery was almost certainly just an old field.

The original story was a bit short on details, but we were able to identify the location shown in this article. There are only two images for the location in Google Earth. The default image is from 2006, and there is a lower resolution image from 1970. 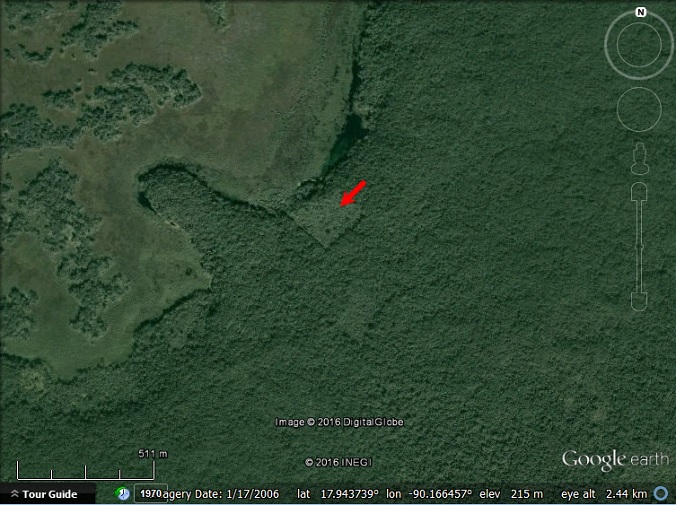 In the 2006 image we can see that it is next to a lake and looks like the trees are shorter in a rectangular area. There are similar areas nearby and around the edges of the lake. 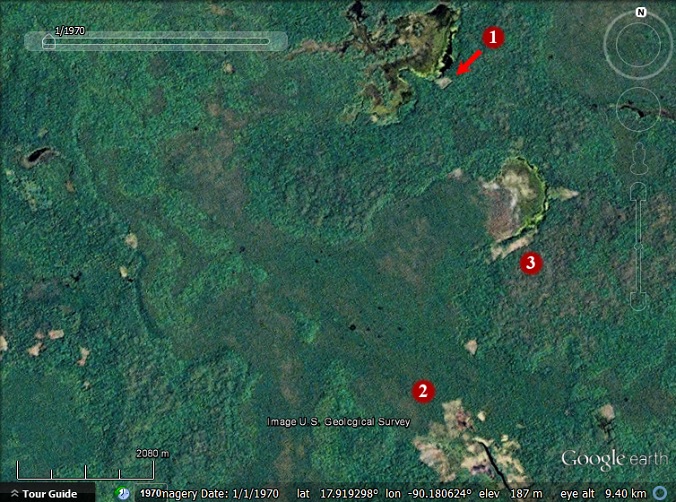 In the 1970 image it looks like the area was cultivated (1) and there are other cultivated areas nearby (2) and a very similar one near a lake (3).

Our conclusion from the imagery is the feature is a formerly cultivated field.

We think it reasonable to assume at this point that the boy did not successfully find a lost Mayan city, but he also didn’t deserve some of the criticism he received in the press. Quite a number of archaeologists and even amateurs have made significant finds with the use of Google Earth and other satellite imagery and we encourage the idea. It would seem the science fair judges agree and awarded him the gold prize for his efforts. The photo in this article (French) suggests there was quite a lot more to the project, which we do not have access to.