We came across this interesting article which suggests that Mars may have not only had large seas, but that it may have experienced gigantic Tsunamis, the results of which can be seen to this day. If you want to see what oceans would have looked like on Mars, see this post.

The article mentions the use of THEMIS imagery. The THEMIS instrument is an infrared camera on the Mars Odyssey space craft. Google Mars has a number of Global maps, including ‘Daytime Infrared’ and ‘Nighttime infrared’, which we believe show THEMIS imagery. However, THEMIS has been capturing imagery for 8 years and we thought it might be interesting to see what imagery is available and whether it can easily be put into Google Earth.

A map of all the THEMIS imagery captured can be found here. It is very easy to use. On the left hand side select various parameters such as which year the imagery was captured, whether you want daytime or night time imagery and whether you are interested in visible imagery or infrared imagery (or both). Next, click on the location of interest and on each click, the map zooms in. When you are sure you have located the image you want, click the ‘Select’ button (arrow icon) from the tool bar above the map and click on the map again. It will then display the available images for that location below the map. 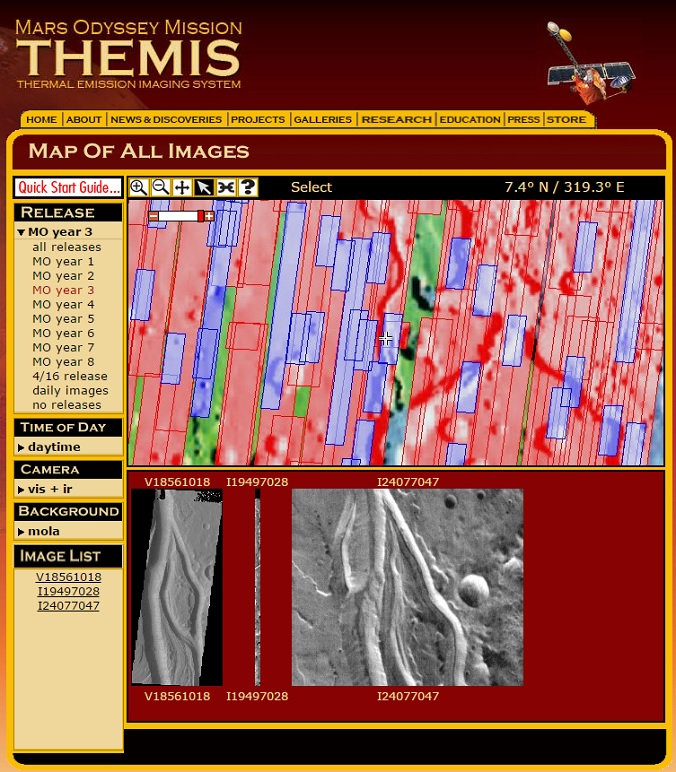 Click one of the images shown and it opens in a new tab in the browser with details about the image and the option to download it in various formats.

We chose to use JPG. Next, create an image overlay in Google Mars using the downloaded image. We had some difficulty aligning the images, especially for long strips. The geographical features can look quite different in different wavelengths. Also, we couldn’t easily use the Google Mars ‘global maps’ as they appear above image overlays. When we finally managed to identify and align the ends of the strip, the middle was out of alignment. This suggests that for best results the image needs to be re-projected, which would require specialised knowledge and software. 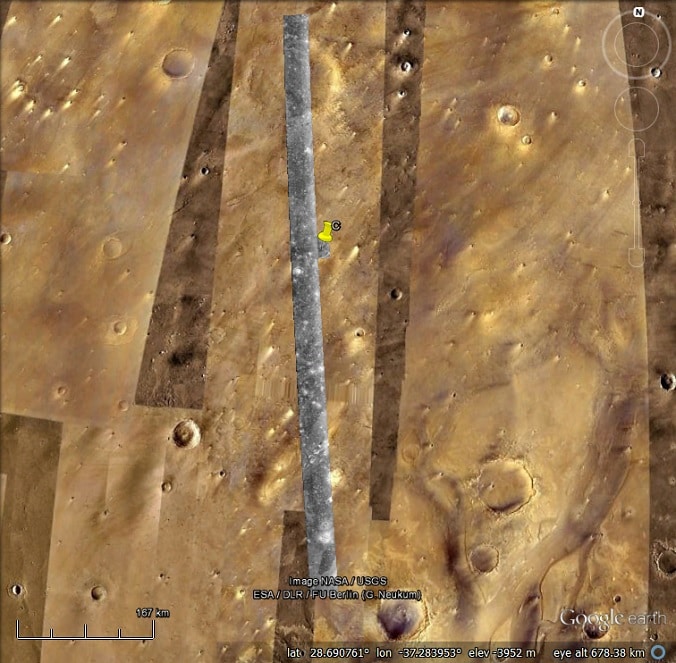 To see a couple of images we tested with and location ‘C’ from the article about tsunami’s, download this KML file.