There were several imagery updates in May and we kicked off the month by showing an animation of all the imagery in Google Earth from the past year. The animation helped to show the seasonality of imagery, something we looked at in more detail last month. 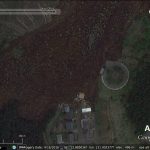 We had a look at a number of interesting sites in the imagery. The most interesting was the devastation caused by the Kumamoto earthquakes in Japan. We saw damaged houses, major landslides, mud slides, collapsed bridges and a derailed train. The imagery was captured on consecutive days during a sequence of major shocks, which allowed us to see not only the progression of the damage but also see the damage, as it was immediately after the events.

Other events we looked at during the month included: 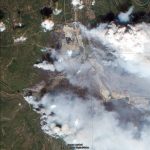 We also had a look at some events that have not yet got relevant imagery in Google Earth. For this we turned to other sources of satellite imagery. One such event was the Fort McMurray wildfire in Alberta, Canada, and we were able to find a remarkable amount of imagery from a variety of sources. We also had a look at a tornado track in Dallas, Texas, while discussing Snapsat Beta, a tool for accessing Landsat data and we also compared it with imagery of the same location from Sentinel data. 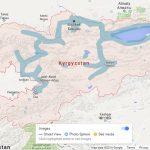 This month Kyrgyzstan became the latest country to get Street View. Be sure to check it out as it is a scenic country with snow-capped mountain ranges. 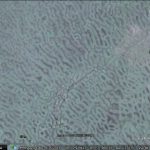 Similar to previous stories on fairy circles and ant and termite cities we discovered that if you know where to look, you can actually see worm poo from space. 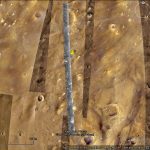 We had a look at how to get HIRISE imagery of Mars into Google Earth. 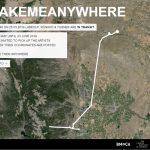 We had a look at a cryptic message using GPS coordinates posted on twitter by American actor Shia LaBeouf. It turned out to be a clever advertisement for a geographic art project called Take Me Anywhere that he is doing with artists Nastja Säde Rönkkö & Luke Turner. 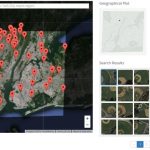 We had a look at a clever aerial and satellite imagery search engine called Terrapattern. We were very impressed and hope to see it expanded and improved in the future as well as other similar products becoming common place. It has the potential to add a whole new dimension to the way we use maps. 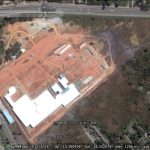 We noticed that Lusaka, Zambia, has near weekly imagery for the last couple of years, which was the perfect opportunity for creating some animations. 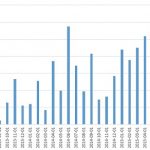 We have noticed a slowdown in the amount of new 3D imagery released by Google and speculated that this is because they have covered most of the major population centres in the areas they are most active in. 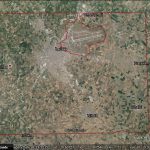 We discussed the effectiveness of trying to censor maps in the days of satellite imagery. This was triggered by India considering passing a law requiring map providers to meet certain conditions, including requiring them to show disputed borders in India’s favour. It also wishes to censor certain locations, but given that they do not have control over satellite imagery it seems like a largely futile attempt. The law is still under discussion and has major opposition from within India as well as complaints by Pakistan. 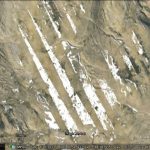 We had a look at some strange stripes in the imagery of Greenland and explained that the cause is a fault on the Landsat 7 satellite.