Last month we did a couple of posts showing the growth of artificial islands in Google Earth:

Today we are looking at large land reclamation projects. As before, we have only selected projects that show significant change within the range of Google Earth imagery.

South Korea has several land reclamation projects. Songdo International Business District is a ‘smart city’ built on 600 hectares of reclaimed land on Incheon’s waterfront. It is still in development, but already has many sky scrapers, including South Korea’s tallest building, the Northeast Asia Trade Tower. 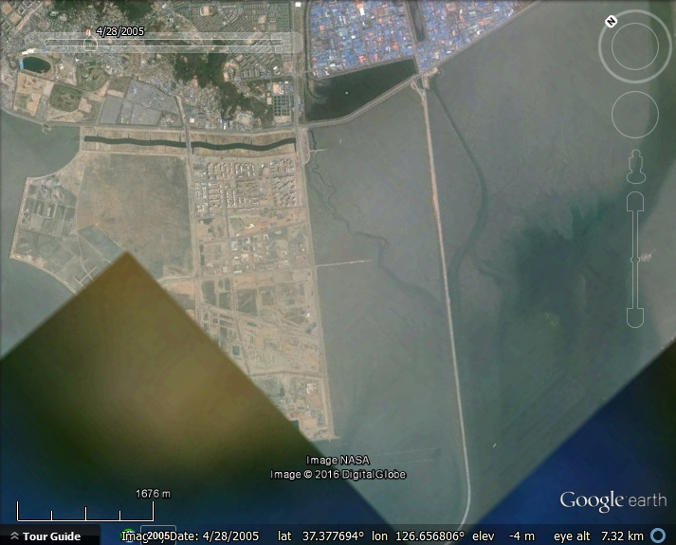 Saemangeum is an estuarine tidal flat which has been dammed by the Saemangeum Seawall Project, which is now the longest man-made sea barrier in the world. Filling in the land behind the wall is still in ongoing, as construction of the wall and subsequent land reclamation has been slowed by court cases over the environmental impact it is having. 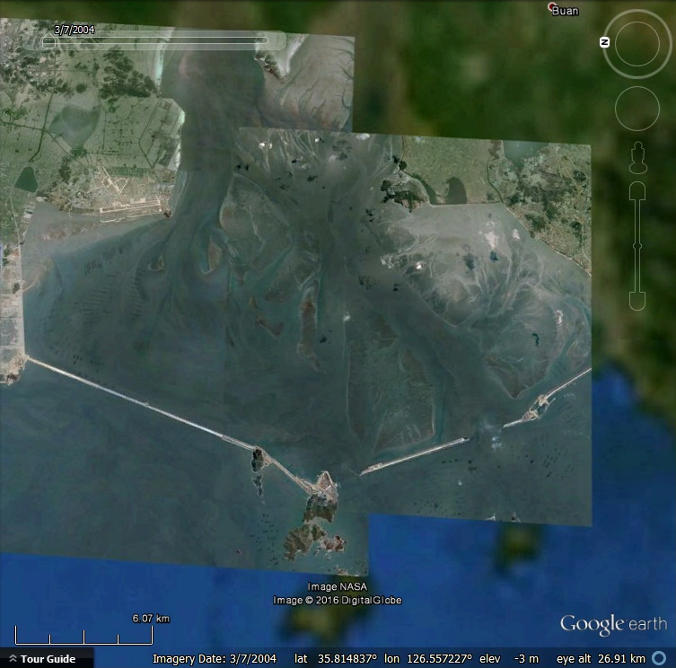 Next we look at Jakarta, Indonesia. What we are looking at is a tiny part of a much bigger planed project seen here. The project is controversial as can be seen in this article 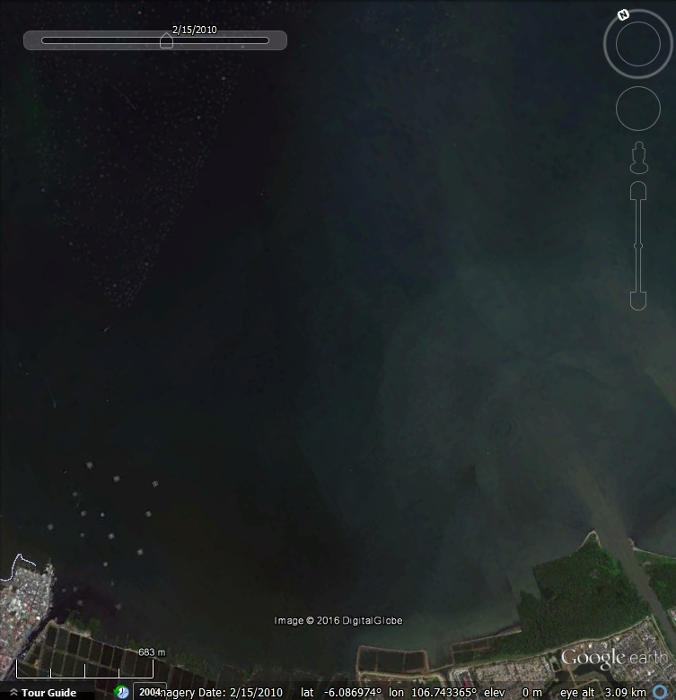 Singapore has a lot of reclaimed land. We look at an extension to Coral Island. There is no imagery showing the land itself being reclaimed from the sea, but we can see it being developed. 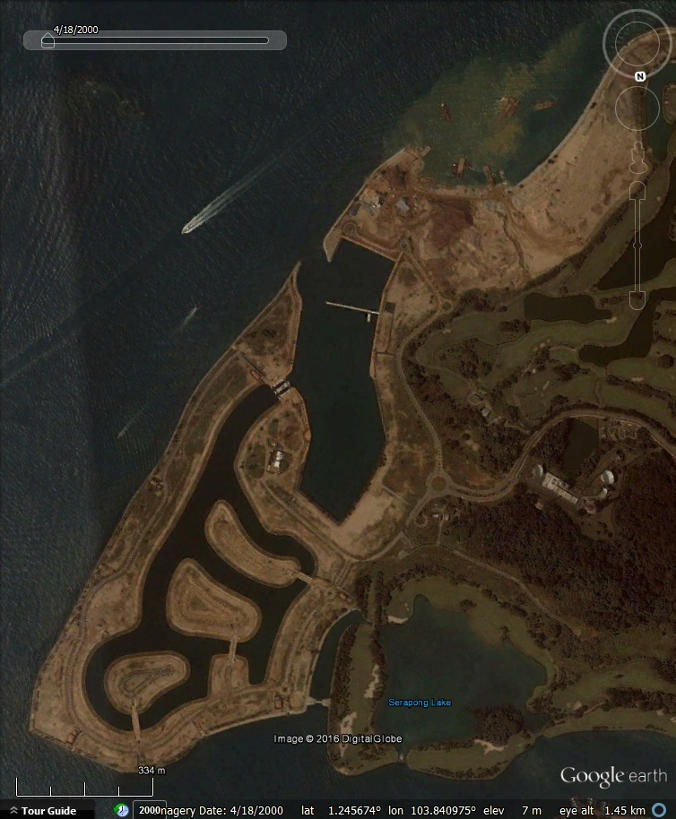 Next we move to Bohai Bay, China, which is also the site of the Tianjin explosion we have previously featured. 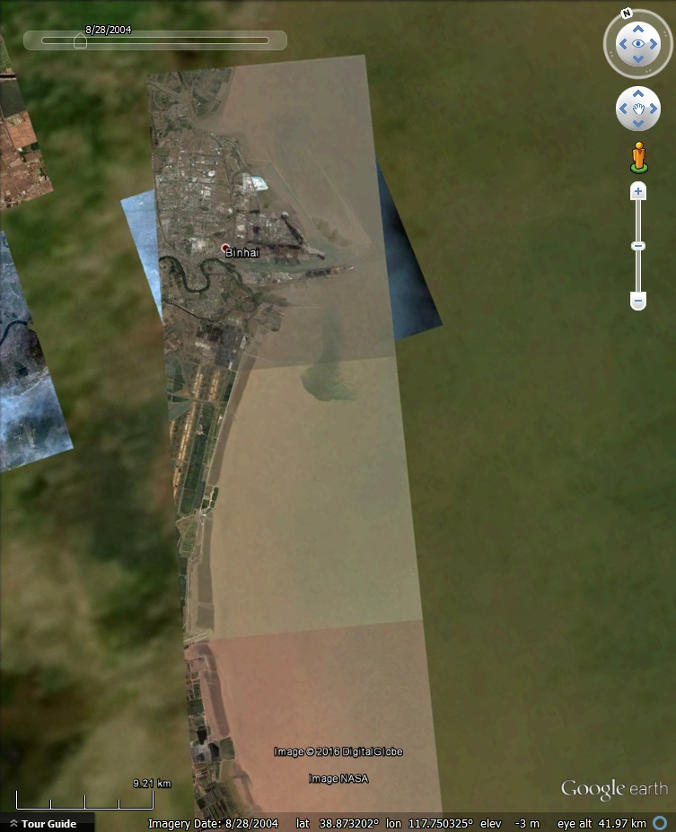 Next we look at Colombo harbour, Sri Lanka. Colombo harbour was expanded and now there are plans to add Colombo Port City on reclaimed land adjacent to the harbour. 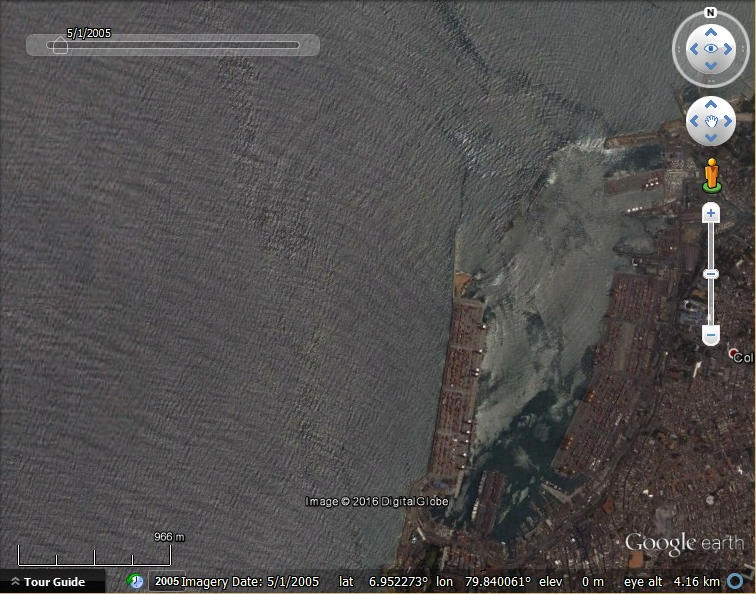 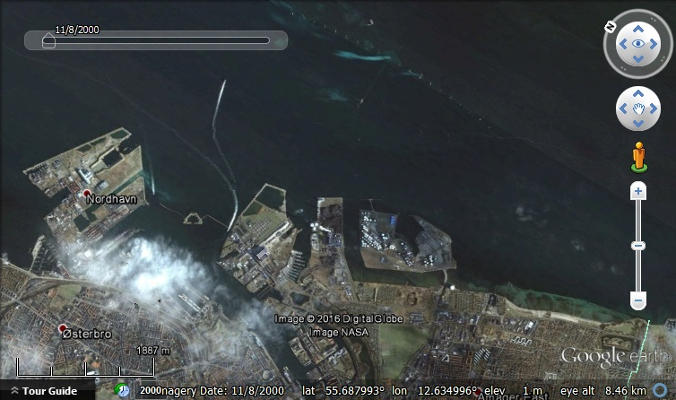 The Khazar Islands, Azerbaijan, is a land reclamation project in the Caspian Sea. The Azerbaijan Tower may be built on it, and when completed may be the tallest building in the world. 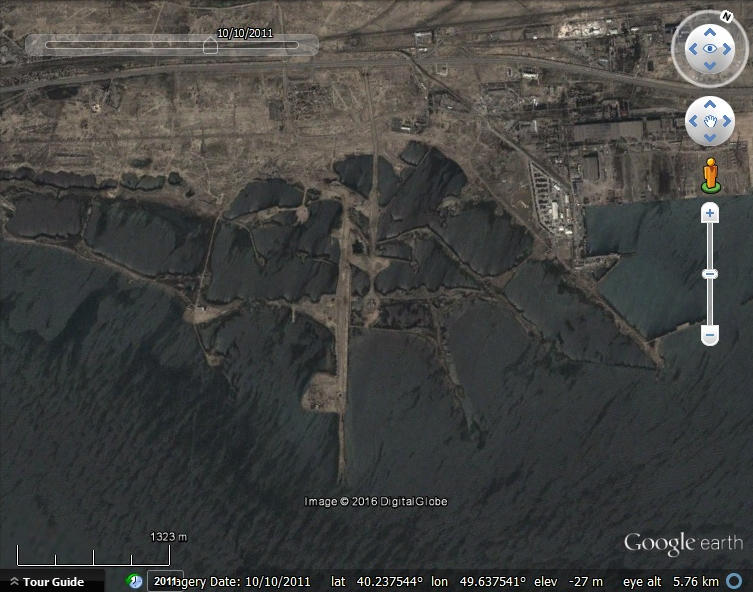