Google has recently pushed the latest imagery updates into ‘historical imagery’, which means we can make a map of the updates. As always, the outlines are larger than the actual images. The map below shows imagery that is dated March 2016. Google has also added quite a lot of older imagery, but there is no easy way to tell just how much. There have certainly been quite a lot of additions for February 2016 and January 2016. 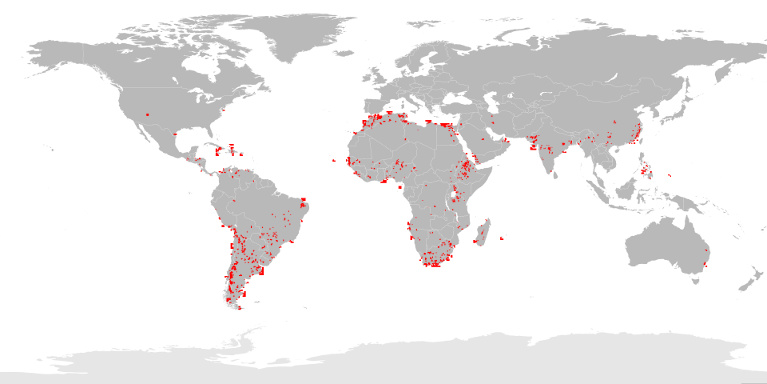 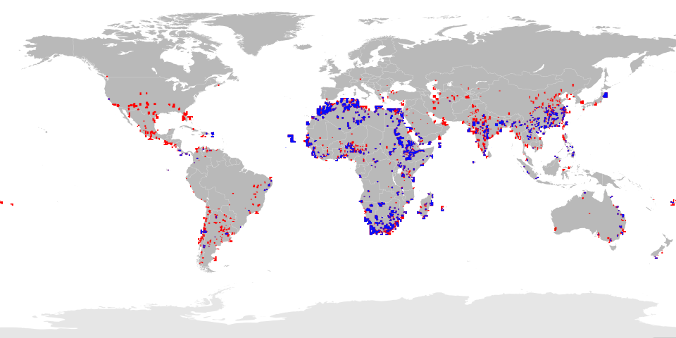 To see the maps in Google Earth download this KML file

We are still going through the imagery. One of the places we have found so far is the Tornado that passed near Holly Springs, Mississippi on December 23rd, 2015. We have featured it twice before, showing Landsat imagery and ASTER imagery. Those were both very low resolution images and you can just make out the path of the tornado. Now, there is high resolution aerial imagery for part of the track and you can see damaged buildings and uprooted trees over a distance of over 30 km. The Tornado actually caused damage over a much greater distance, but it is outside the area covered by the new imagery.

The imagery is dated February 5th, 2016, over a month after the tornado, so some clean-up has probably already been done. 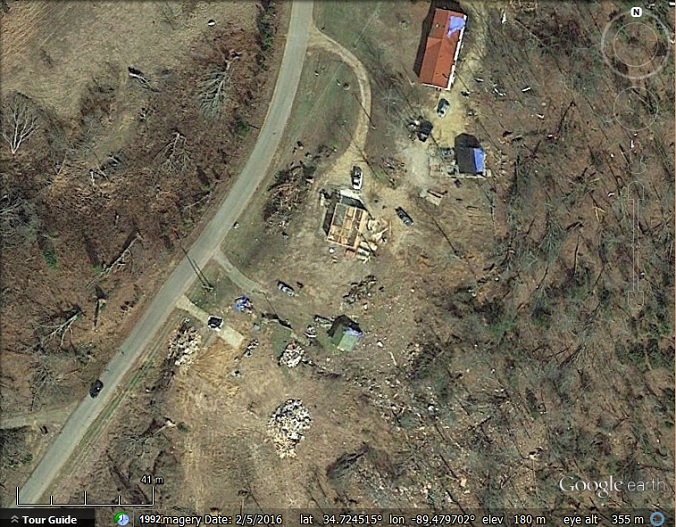 The blue on the roofs are probably tarpaulins to cover damaged roofing. 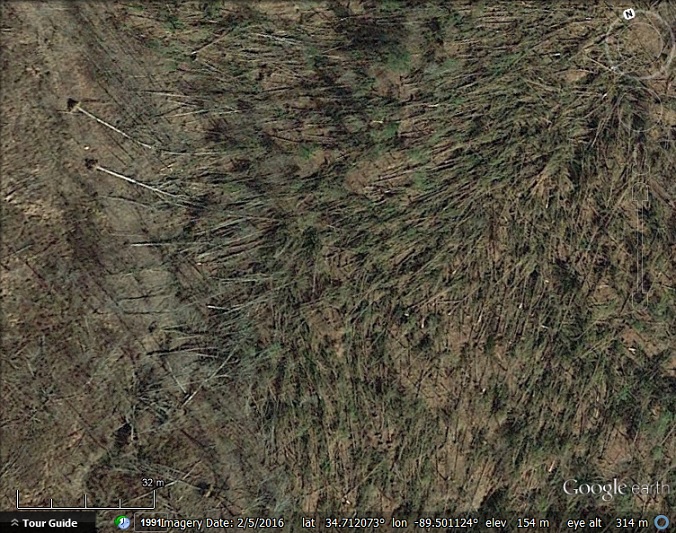 All along the track you can see trees knocked down in various patterns and you can often see the clump at the base of each tree where its roots have been ripped out of the ground. 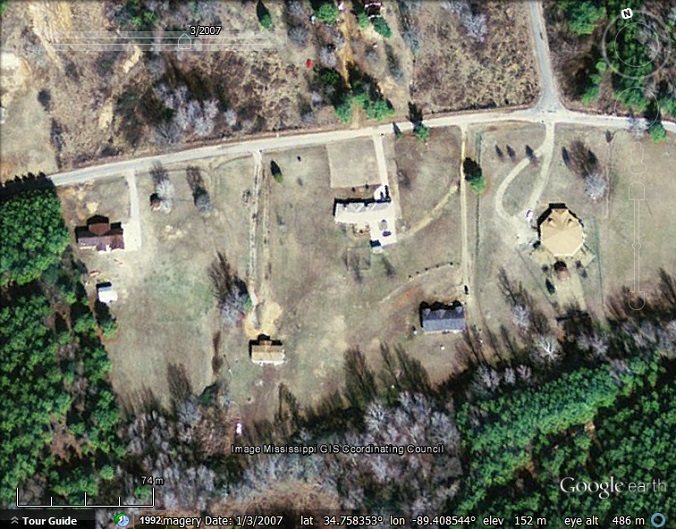 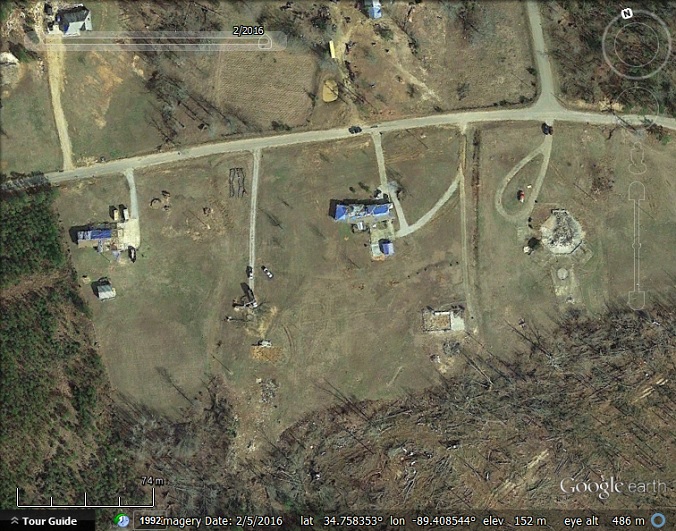 Before and after. Drag the slider to compare the two images. Some houses were completely swept away while others require major repairs.